I bought 3 packs of HaT, Set 8269, "Ruga-Ruga" (see http://www.plasticsoldierreview.com/Review.aspx?id=1786 ) to convert the warriors to Abyssinians for late 19th early 20th Century warfare (another project to be completed!) and among these warriors you also get many useful African porters, (16 figures in pack of 48 figures, so 16 porters and 32 warriors) some of whom I have painted up as Egyptian fellahin porters and some as Sudanese porters for use in Sudan and Somalia for period 1880 to 1920s. But they could all be used as intended as WW1 East (or Central) African porters for German, Portuguese, Belgian or British colonial armies.
Mine is a simple paint job, but hopefully the figures en masse look good and may find much use in future scenarios / games!
Judge for yourself.
CarlL 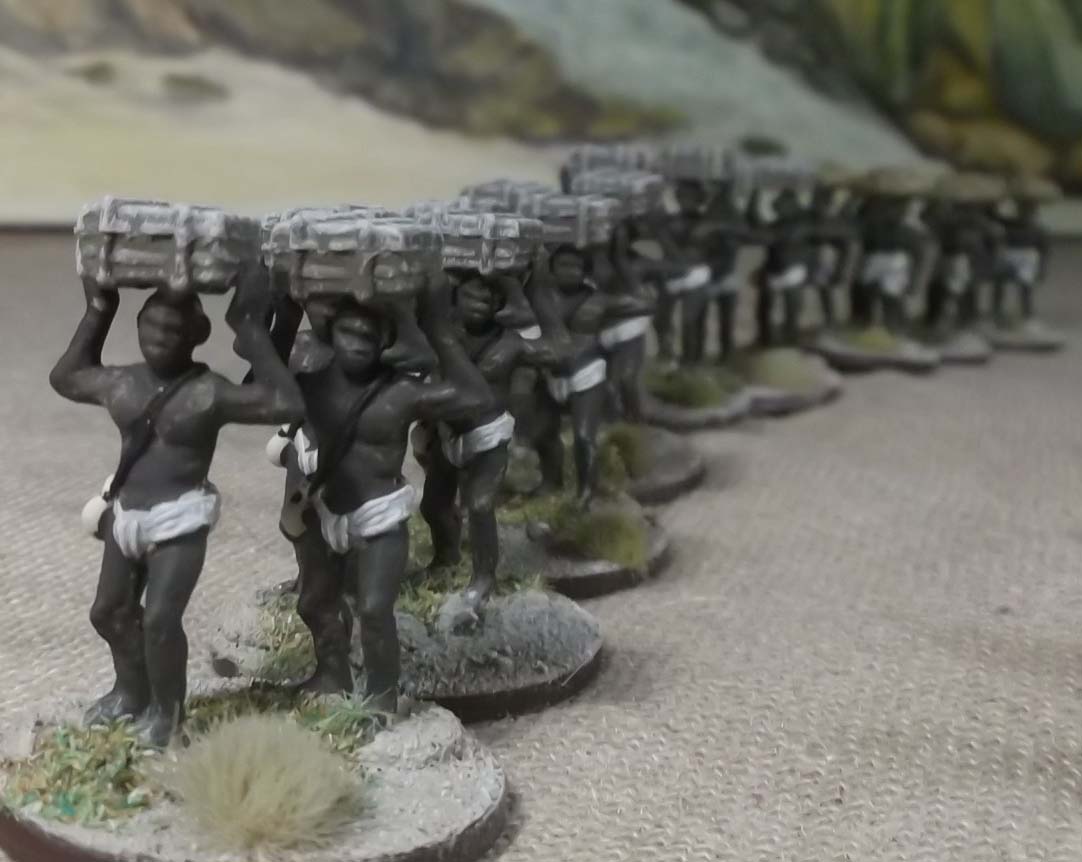 OOPS I forgot to include those painted as Egyptian fellahin porters! Same figures just a varied but again simple paint job.
CarlL 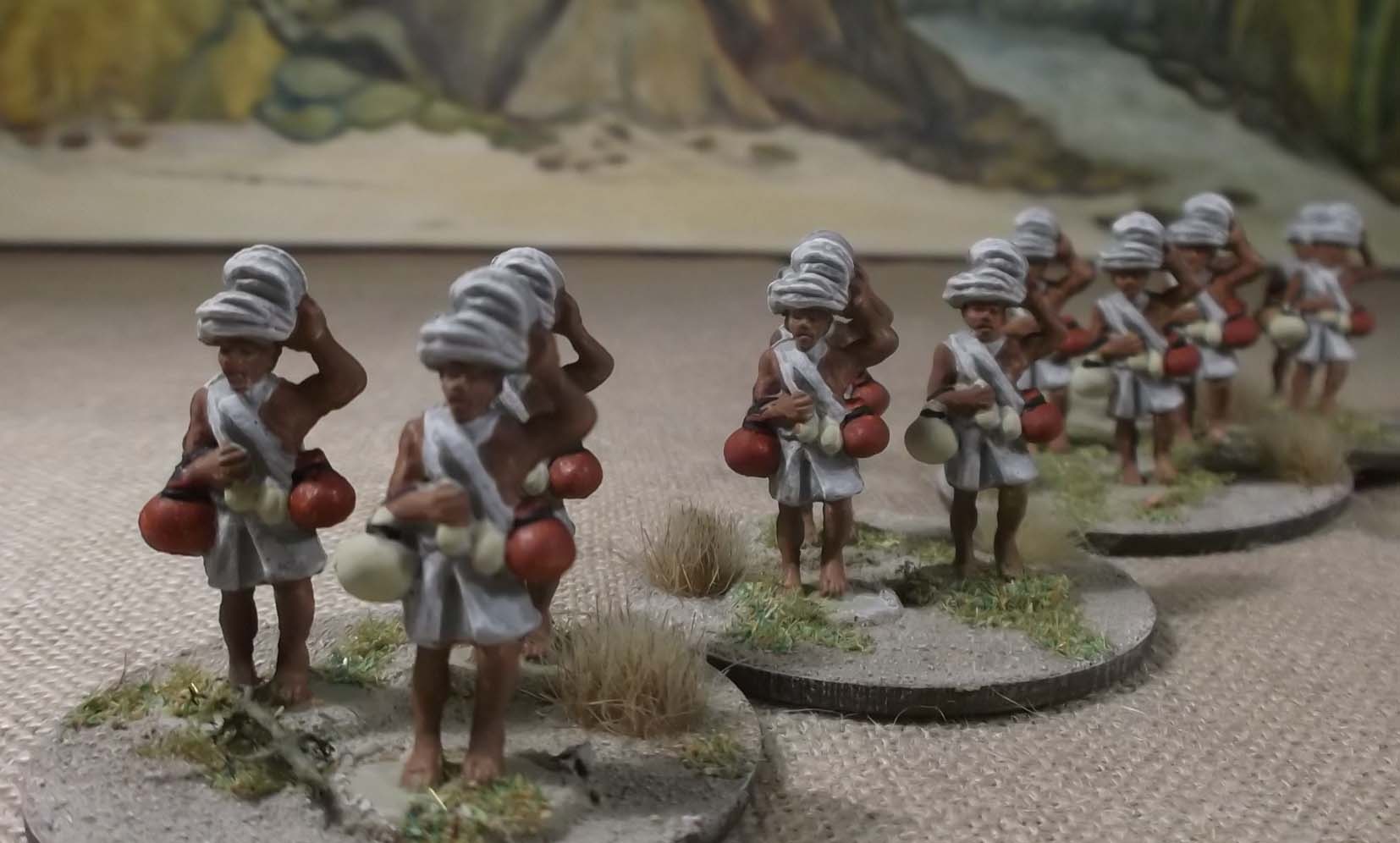 At first, I thought it was images of you moving house Carl