Discuss the society, wargaming, and other topics of interest
Post Reply
24 posts

Well exactly what it says on the tin

I`ve totally lost all drive to model and/or paint, can`t even be bothered to pick up a book at the moment

Cheer me up - what are you lot working on

Ardennes ‘44 at the moment. Big batch of US and some troops for Panzer Brigade 150.

Hordes of Strelets "Rifs" (really Bedouins) Bashi Bazouks and Mamelukes, very slowly working on the lot at once! Some Legionnaires are all washed ready to get started.
What's the point of doing one period, when you can do them all.......... In life most people specialise so gradually they know more and more about less and less so eventually they know everything about nothing. I work on a broad front so eventually I'll know nothing about everything.
Top

IanS
Any thing bigger than 6 is TOO BIG
Top

Citroen staff car and Horch light field car for my Germans with just decals and basing to go. M3 scout car for a British Motor company HQ almost at the same stage. I've also got a really useful box of stuff in progress (or potentially) which I find is helping me to focus a bit more.
Top

Some friends who are "into" Weird War 2 are coming to dinner and I've set up a game.

What else could I put on the menu but "EAT HITLER!"

Things are not going well for the Third Reich. The generals have failed to stop the Bolsheviks and the Western Allies. They have not followed the Fuhrer’s plans with true National Socialist zeal. And now the Bolsheviks are close, very close. Not only that they are most uncharitable in their intentions. Luckily there are some true National Socialist Scientists who have been working on important developments. Not just the secret weapons, flying saucers, the Moon Base and the Antarctic base but also on zombies, werewolves, vampires, robots and much more. One is the ingenious Doktor Zeitreisender has assembled his Geheime Zeitmaschine in the FuhrerBunker.

It is a brilliant scheme. Knowing what he knows now Adolph Hitler will travel back to 1933 and Get Everything Right This Time his brilliant ReichRichtigPlanen. He will take, Blondi the dog, Eva Braun, Martin Bormann and a couple of SS guards. The machine is too small for that tub of lard Goring and the whining Himmler. So they get in and make ready for the big moment.

But as the Projekt Direcktor reaches for the operating lever adjusting the date dial 12 years back to 1933 an enormous impact and explosion rocks the bunker. The Projekt Direktor is thrown forward. All the lights go out. A strange groaning and whirring sound fills their ears, the machine vibrates and suddenly it is daylight.

Everyone in the machine cannot believe their eyes. Eva breaks the silence “Hübsche Blumen,” (pretty flowers) she says. As their hearing returns the sounds of a rather strange countryside fills the air. “Ach, Dumköpfe! “ rants the Fuhrer, “Dies ist nicht Berlin 1933! Das ist kein Brandenburger Tor!” (This is not Berlin 1933! That is not the Brandenburg Gate!) Eva knew that her sweetheart was right about this, although she could not have told you that the big thing in front of her would become known to every schoolboy as a brachiosaurus. 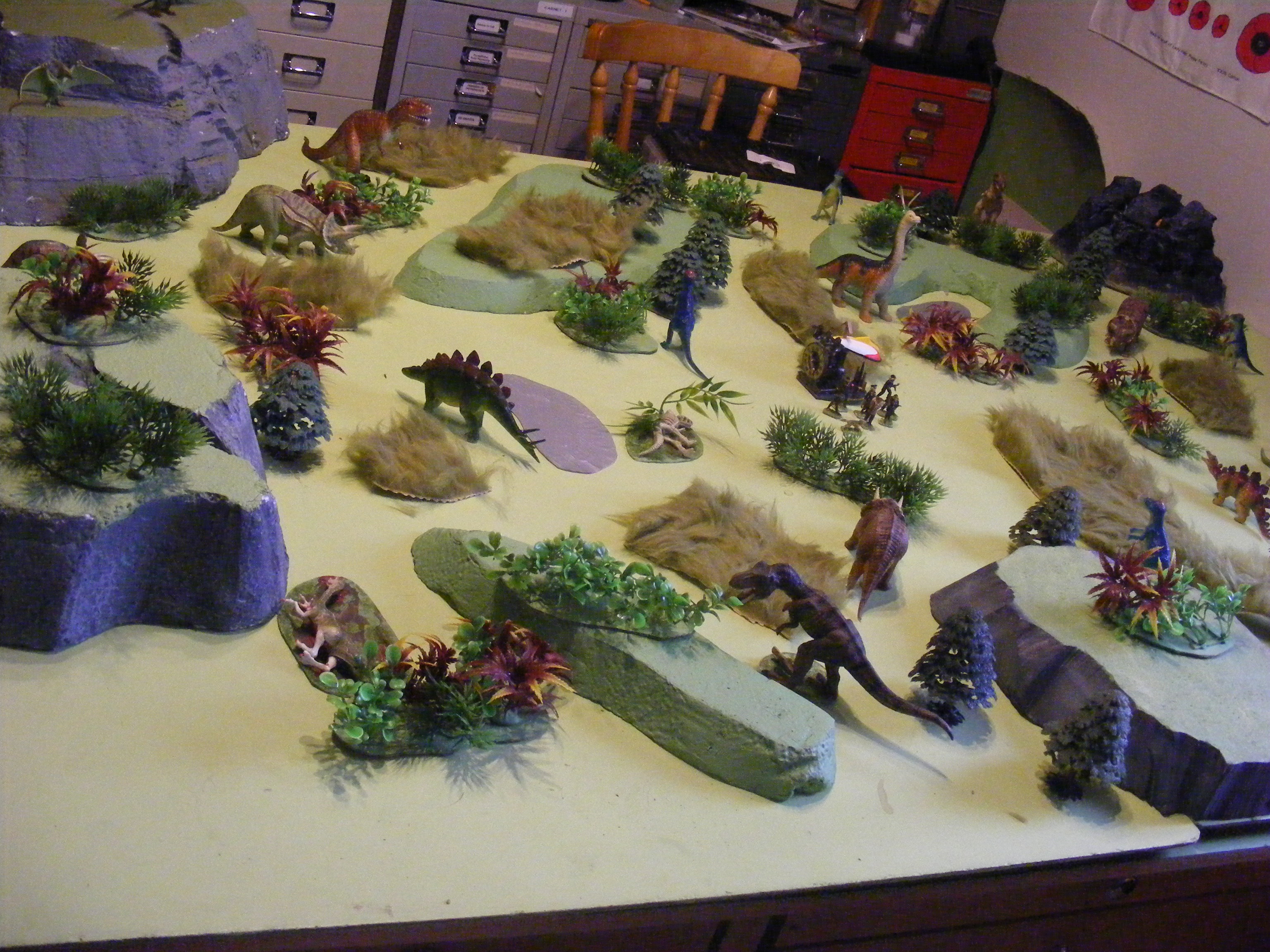 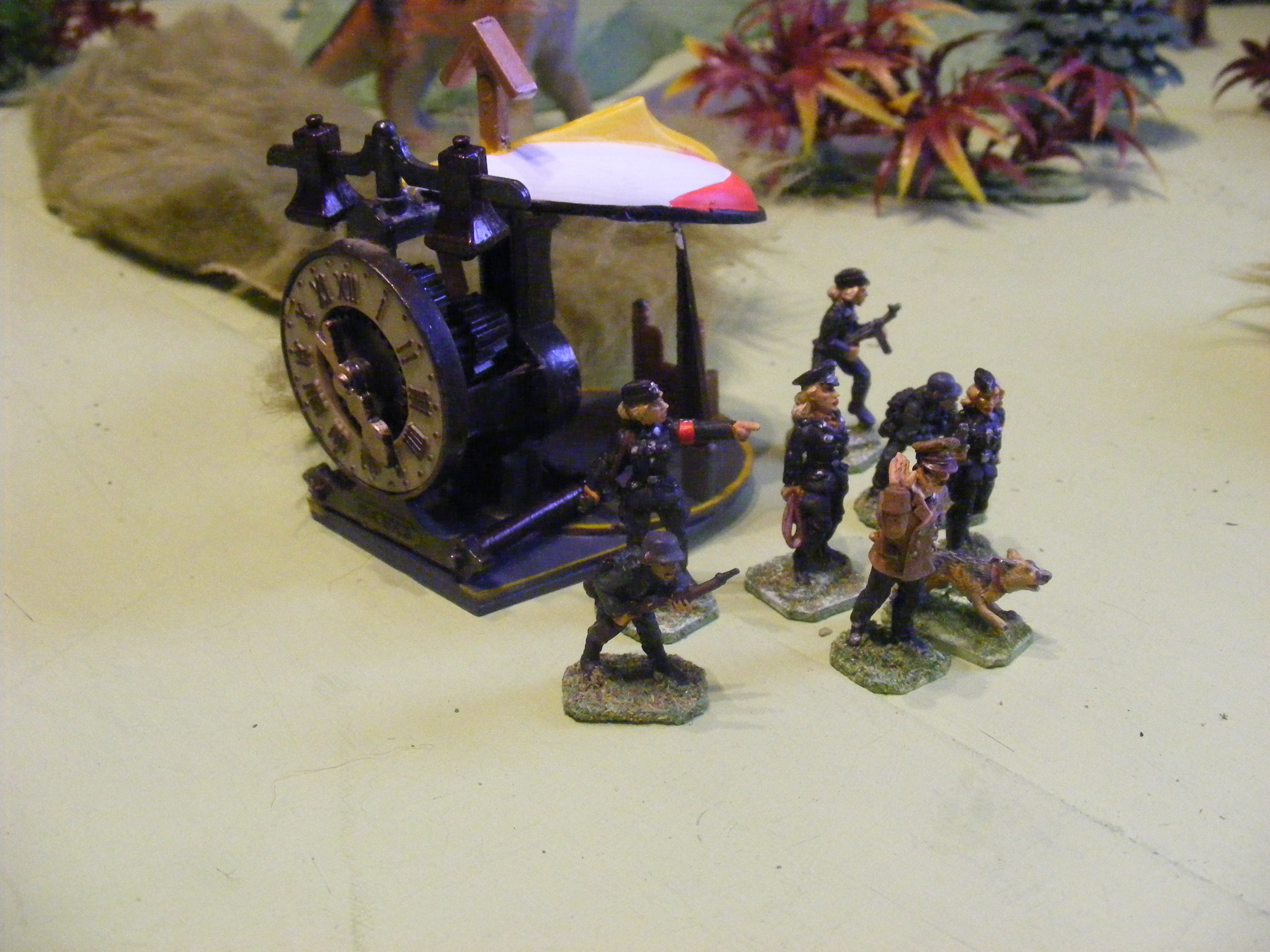 Dadlamassu
Crazy... But sounds and looks fun dinosaurs and a 1944 time machine looking like something from a HG Wells or Jules Verne story!
CarlL
Top

CarlL wrote: ↑08 Sep 2019, 13:50 Dadlamassu
Crazy... But sounds and looks fun dinosaurs and a 1944 time machine looking like something from a HG Wells or Jules Verne story!
CarlL

"“Sir with the compliments of my officer, your shooting was excellent – you killed four of our men”!
Un-named Traillieur to an artillery officer at R`Fakah, Morocco, Feb. 29th, 1908
Top
Post Reply
24 posts