I had made a middle eastern adobe type village for my 15mm colonial figures some 30 years ago, but I decided (5 years ago at least!) to add another for my 20mm/ 23mm figures for Somalia and Iraq and Palestine circa 1914 to 1920s.!! As you do! (Not for my Rif War figures,I did them previously if you dig back in archives!)
I have used a 28mm mdf kit set (five buildings, three with courtyard walls and other bits that I did not use, all with separate doors) from ebay seller https://www.ebay.co.uk/itm/28mm-Set-G-5 ... 1438.l2649 (which I bought circa 2016 and its still on sale today and great value)!!
I mixed this set with two mdf kits in 15mm scale from MINIWAR (their mosque and minaret). This comes with two lift off roofs, to first and second level. Third level is very shallow but adds some character.
(I know I am terrible for not keeping to building scale for my 20mm figures!)
The former (ebay item) came unbased so after constructing the buildings I stuck mine down to cut offs of hardboard scrap that I had kept for such uses, and added texture to base, (cheap filler and over that when dry, sand and pva mix); and sand and pva mix to outer walls of all buildings and courtyards to add texture (and conceal their fine box joints). All their doors were separate items that could be glued or not glued and I glued most of in shut position and a few in open positions.
While the MiniWar models came with own internbal bases, I added them to slightly bigger hardboard bases to try and protect the models. Again I added texture (cheap filler then sand and pva mix over this) to the bases and a pva and sand mix to the walls.
All came with lift off roof so figures can be placed within the buildings.
My photography is a bit naff with variable light and colours as a result, sometimes the darker lit photos better show the colours used, sometimes the flash lit images better show the models details. Used a mix of smooth cement paint and cheap acrylic model paints (like those you can buy at Range or Boyes shops in UK).
I decided not to add "grass" flock to the model bases as I wanted an arid look. Had thought to add metallic domes to mosque and minaret, but left them white plaster domes as it means it could be a poor village mosque or minaret?
CarlL 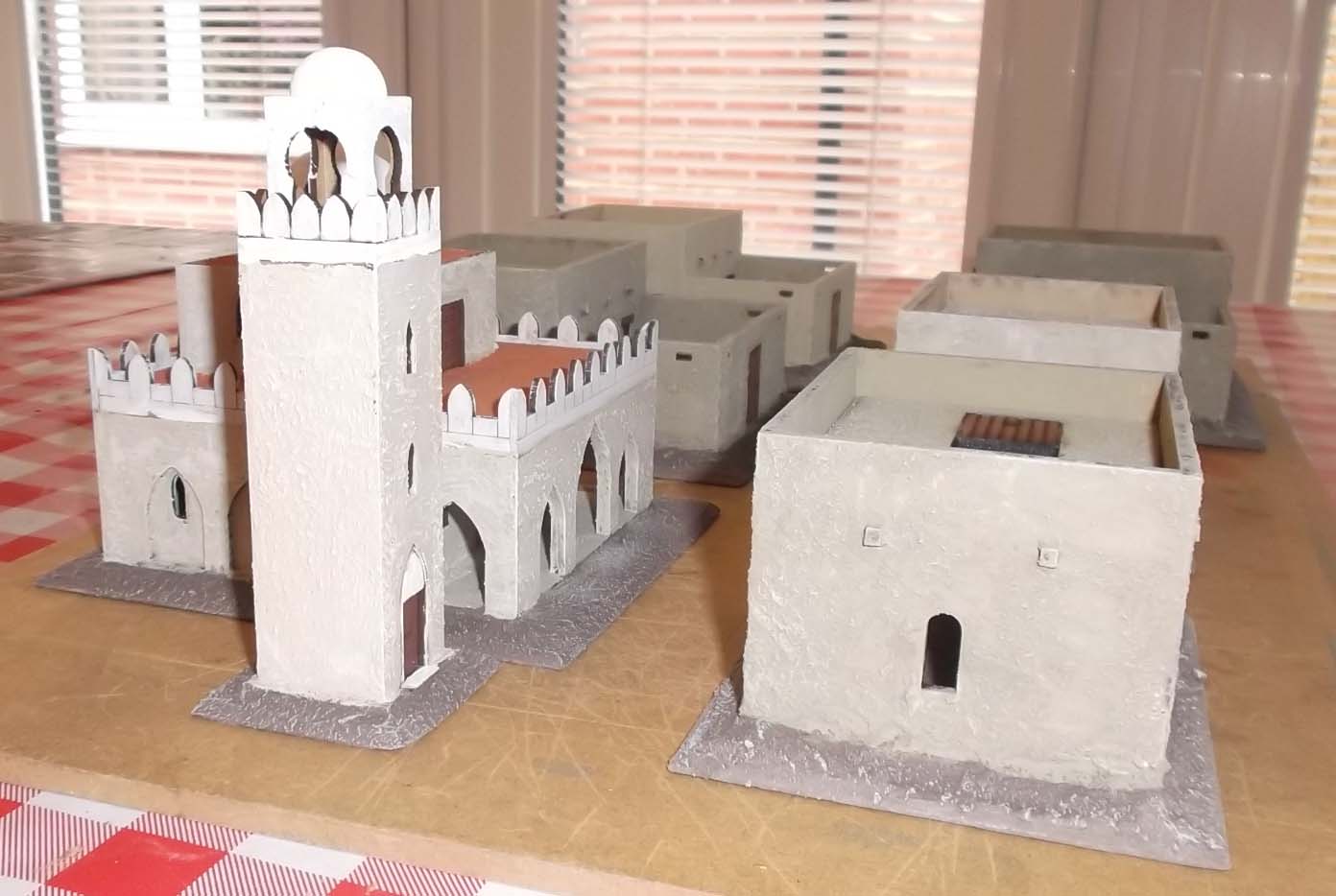 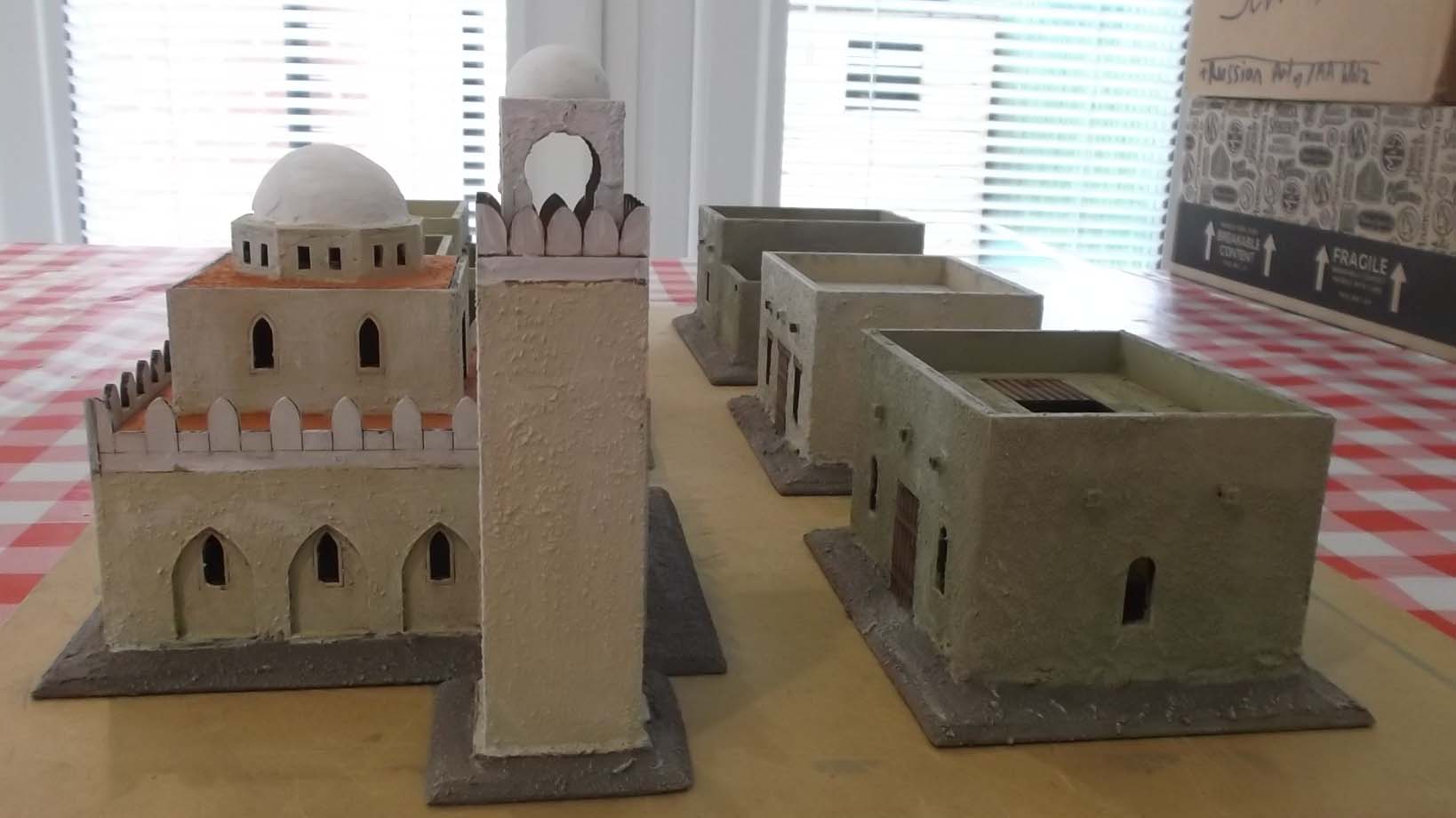 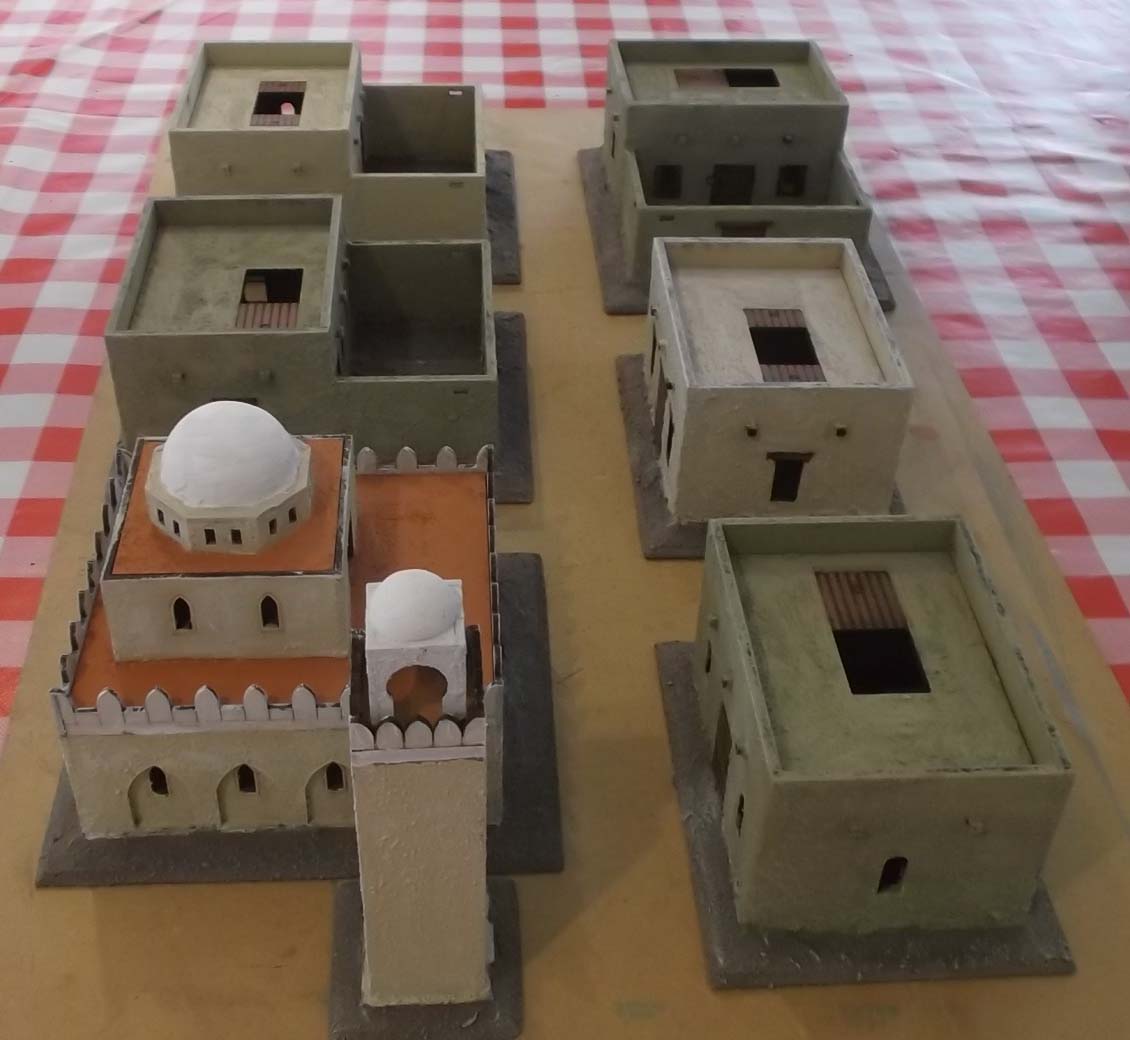 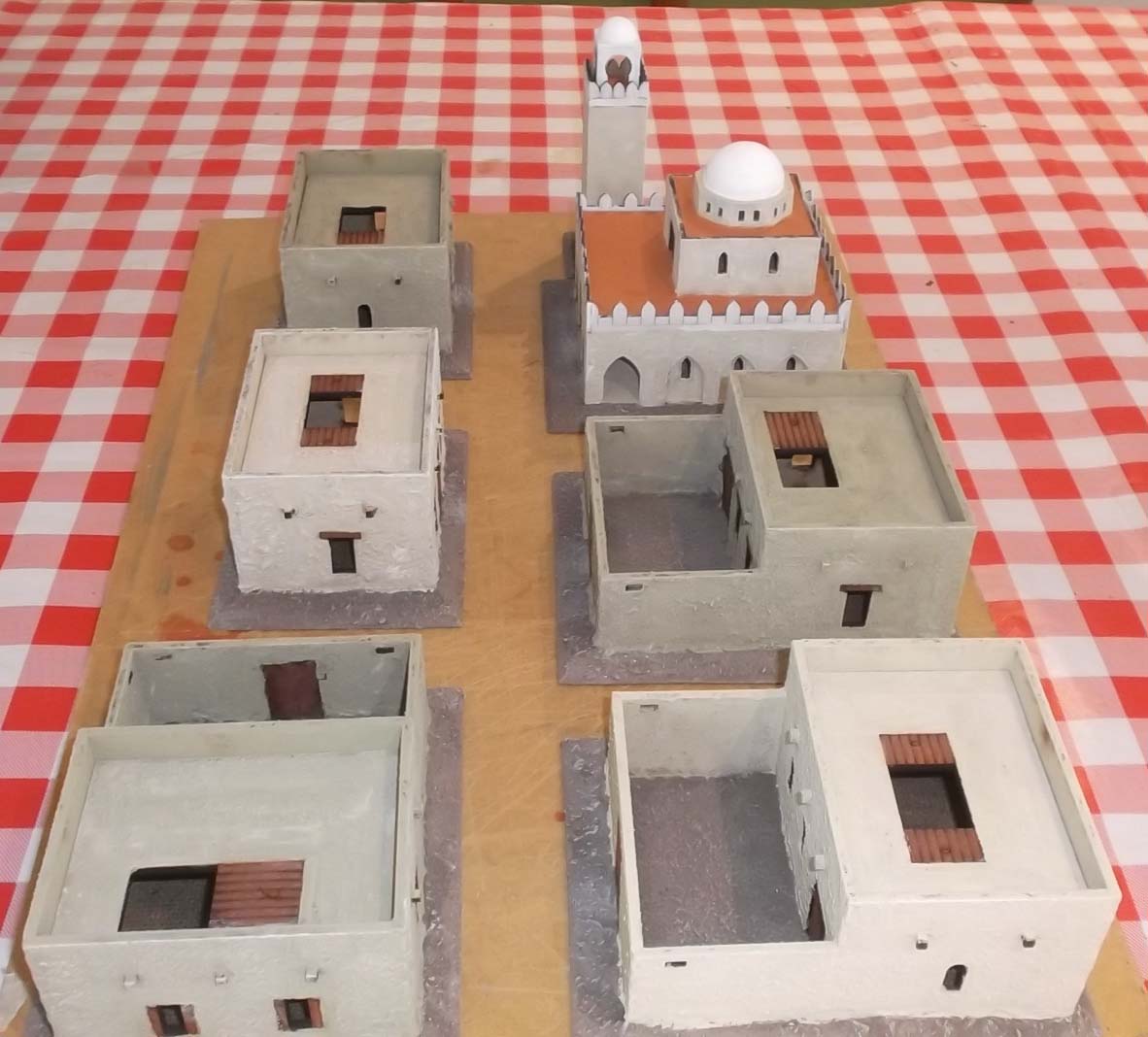 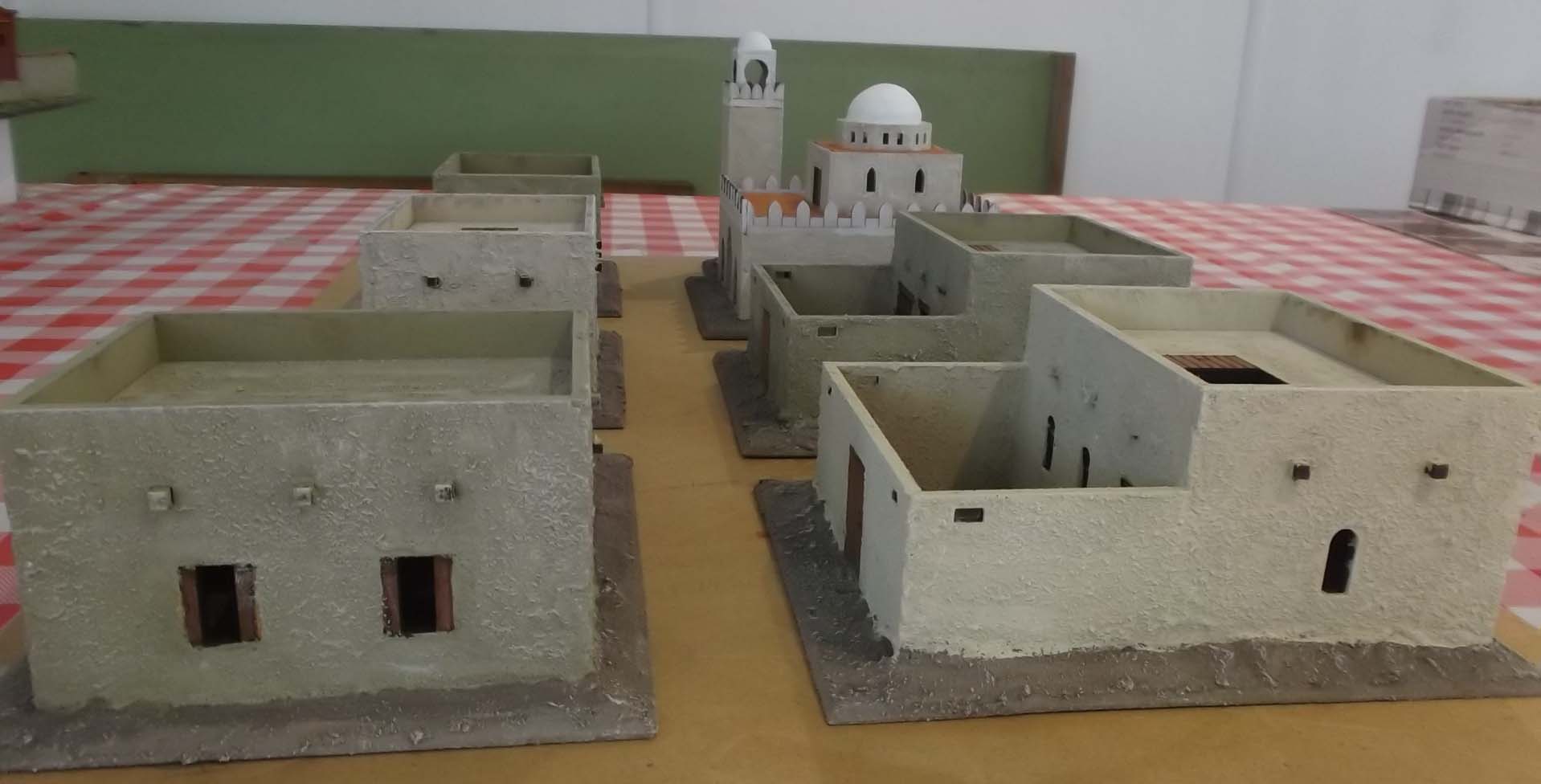 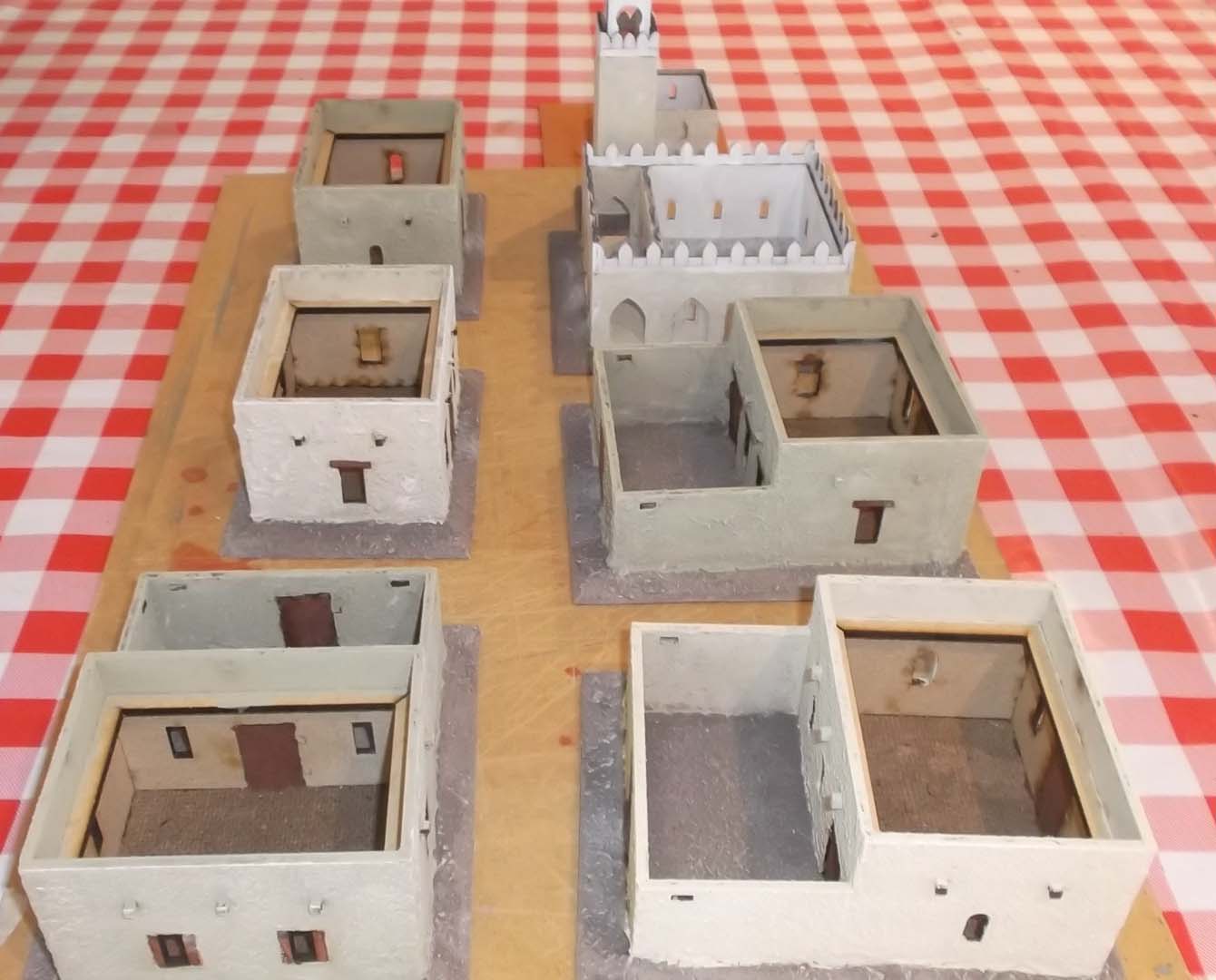 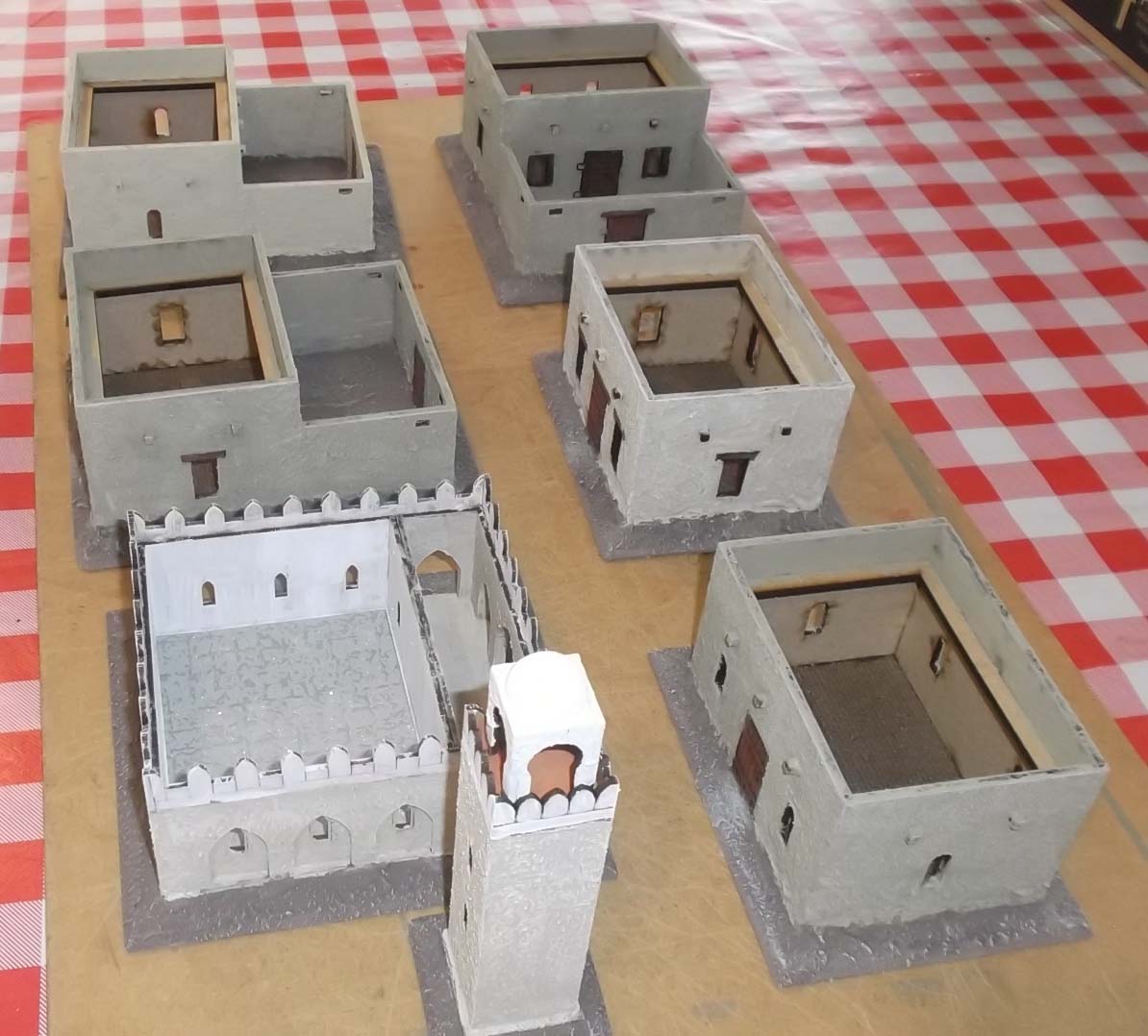 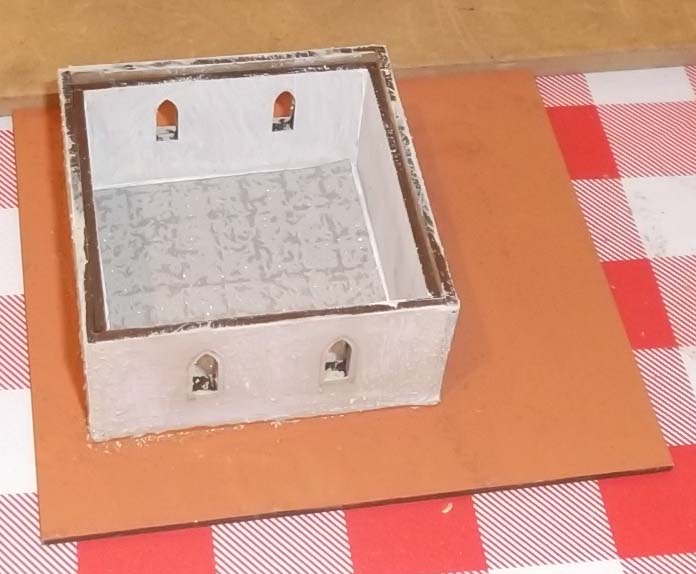 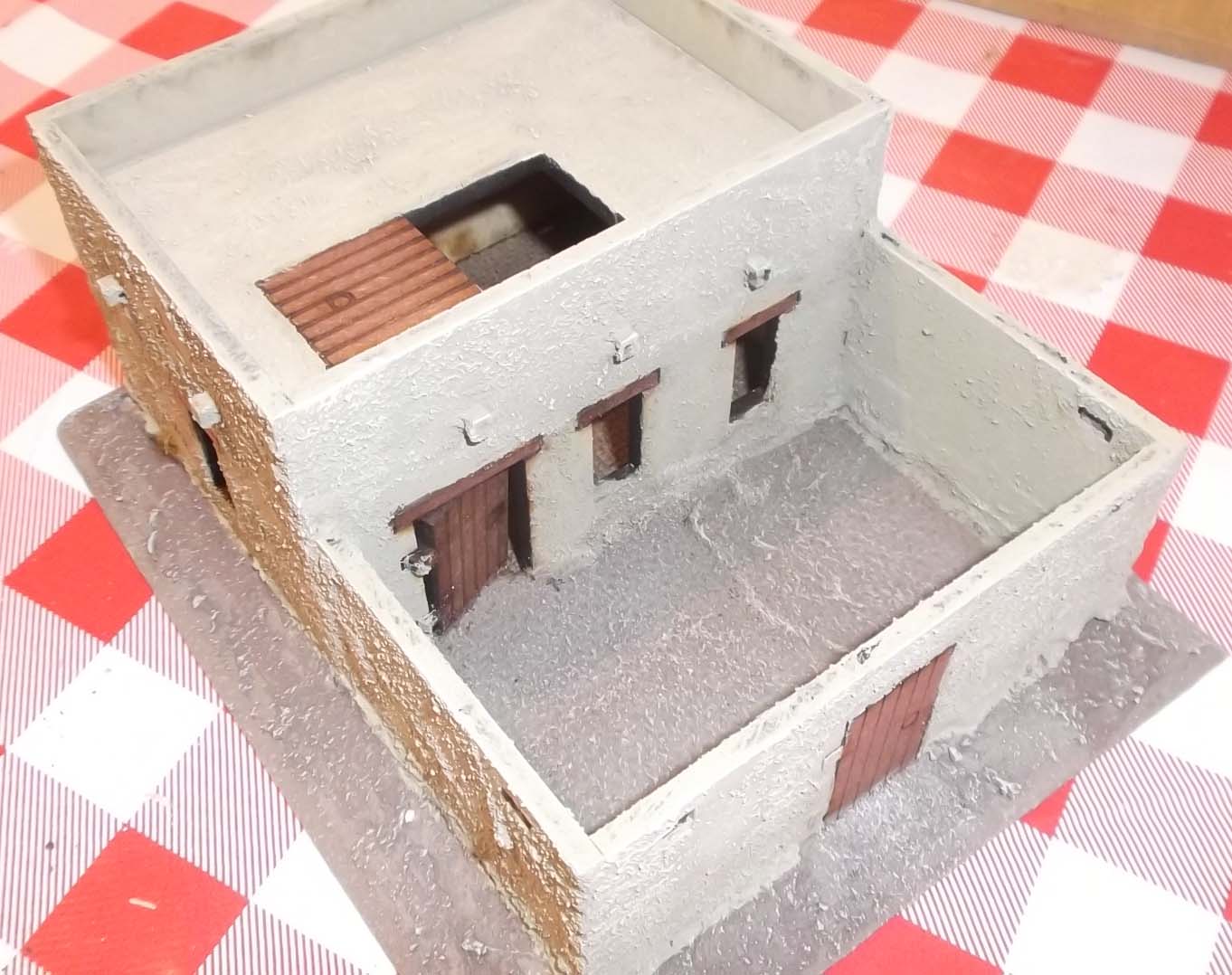