Had a day out today and visited and interesting little historic vehicle museum, I`ve posted a brief piece about the military stuff on display over on my blog

https://baberonwargames.blogspot.com/20 ... alest.html
"“Sir with the compliments of my officer, your shooting was excellent – you killed four of our men”!
Un-named Traillieur to an artillery officer at R`Fakah, Morocco, Feb. 29th, 1908
Top

Nice one Richard.
The motor bikes look in great nick, well restored, especially as one appears to be (possibly) 101 yearsold!!
Some interesting infantry support weapons too.

Your trip reminds me of my two trips to the military museum inside the functioning military base on Tenerife in the island's capital; it had enough hardware outside in court yard to start a war, never mind the collection of small arms inside; and the garrison's collection of completed plastic kits. Their cadets showed us round and had much pride in their diorama of Nelson's attempted landing / seizure of the island which failed.
Of note were the portraits of dignitaries, the then (and now disgraced) monarch got a big canvass in an alcove, while Franco got a BIGGER canvass and more prominent position along with his desk from his days as governor there before launching his coup d'etat.
CarlL
Top

Interesting photos, Richard. You are correct, the MMG is a Czech Brno vz.37, aka ZB-53, aka MG 37(t), immediate ancestor of the Besa tank machine gun. The odd mortar appears identical to a photo I have in my files identified as a Valero 50mm M1940. Not familiar with the type, so I'm taking someone else's word for it. 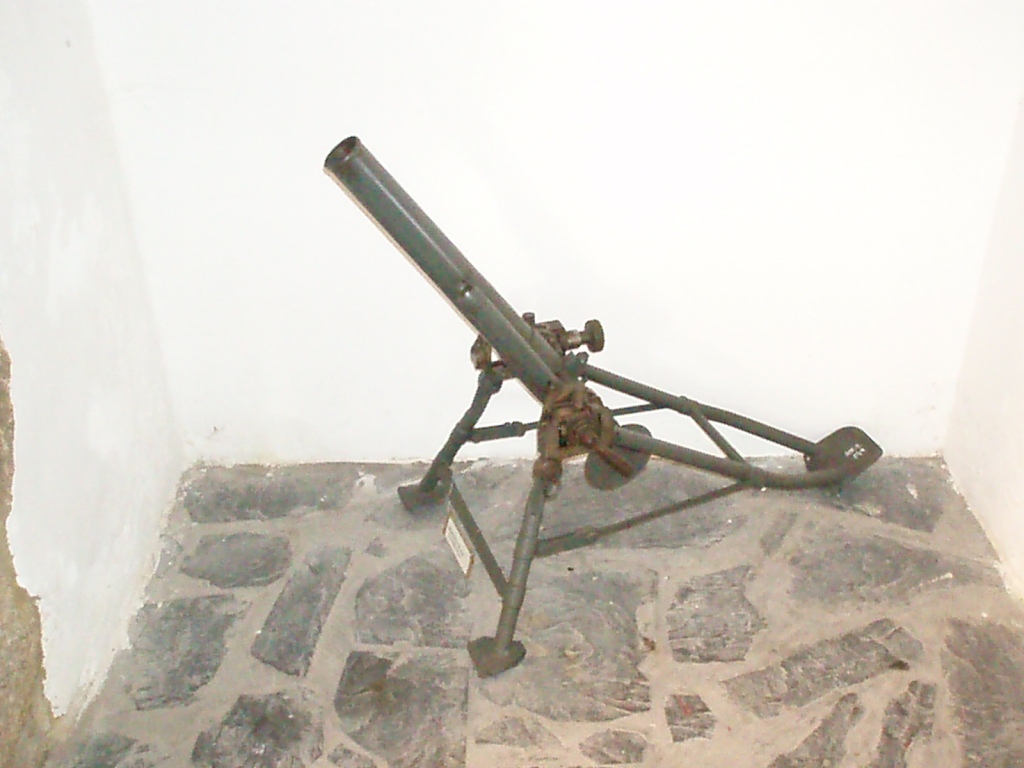 That makes sense, as i said the barrel looked like a Valero model 1932 to me - so I think we have a winner