I've got my belated Christmas presents. 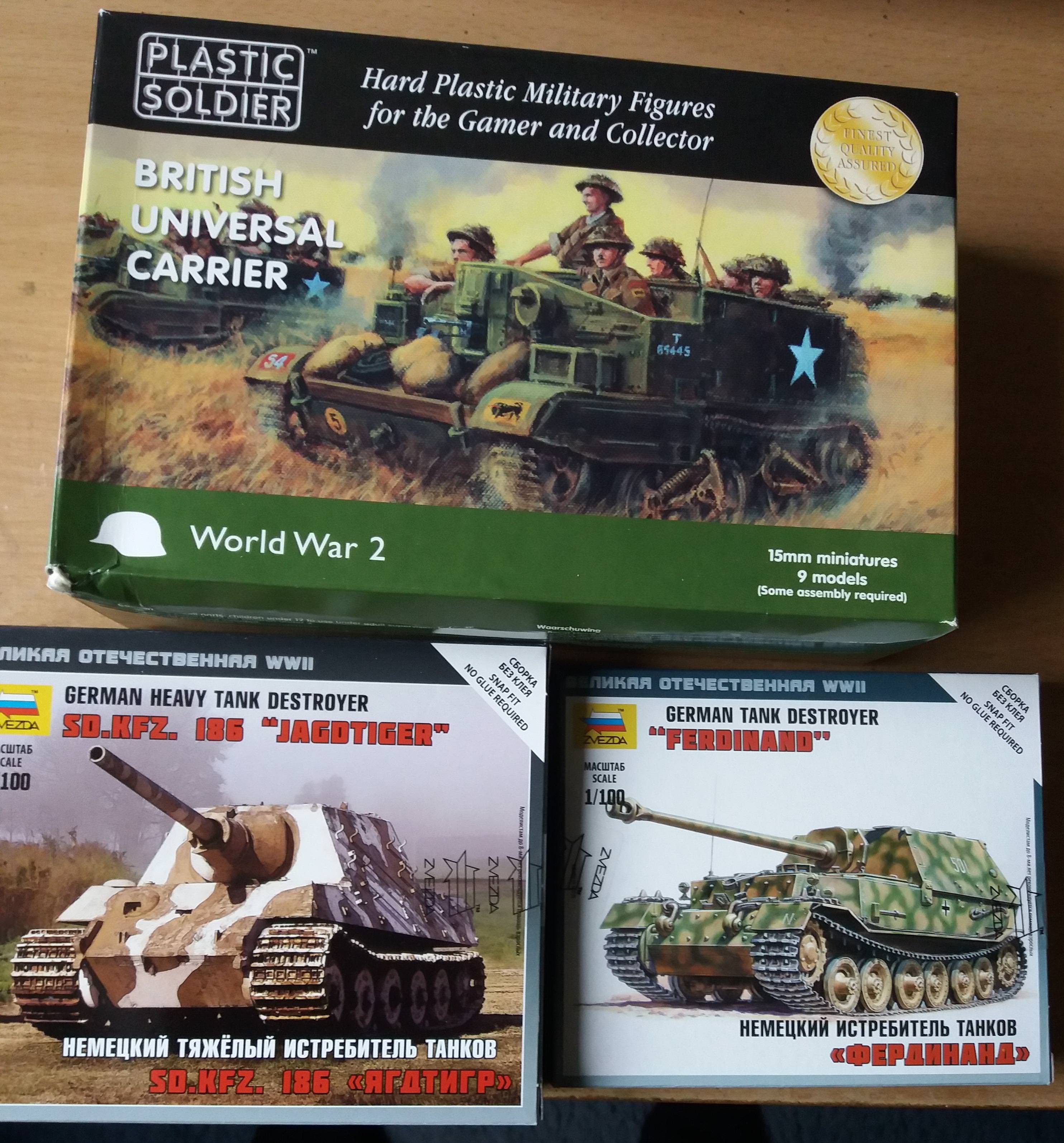 I have a lack on universal/bren carriers and I purchased the 15 mm universal carriers to depict the vehicles of mortar and HMG groups and OP's. If it work out fine for me, I will be buying some more boxes. I maybe will give it a try too with halftracks, just to depict the means of transport.
I have already a bunch of trucks/lorries from Zvesda to depict the towing vehicles for arty.
My humble results of building them will be posted as soon as they are finished. 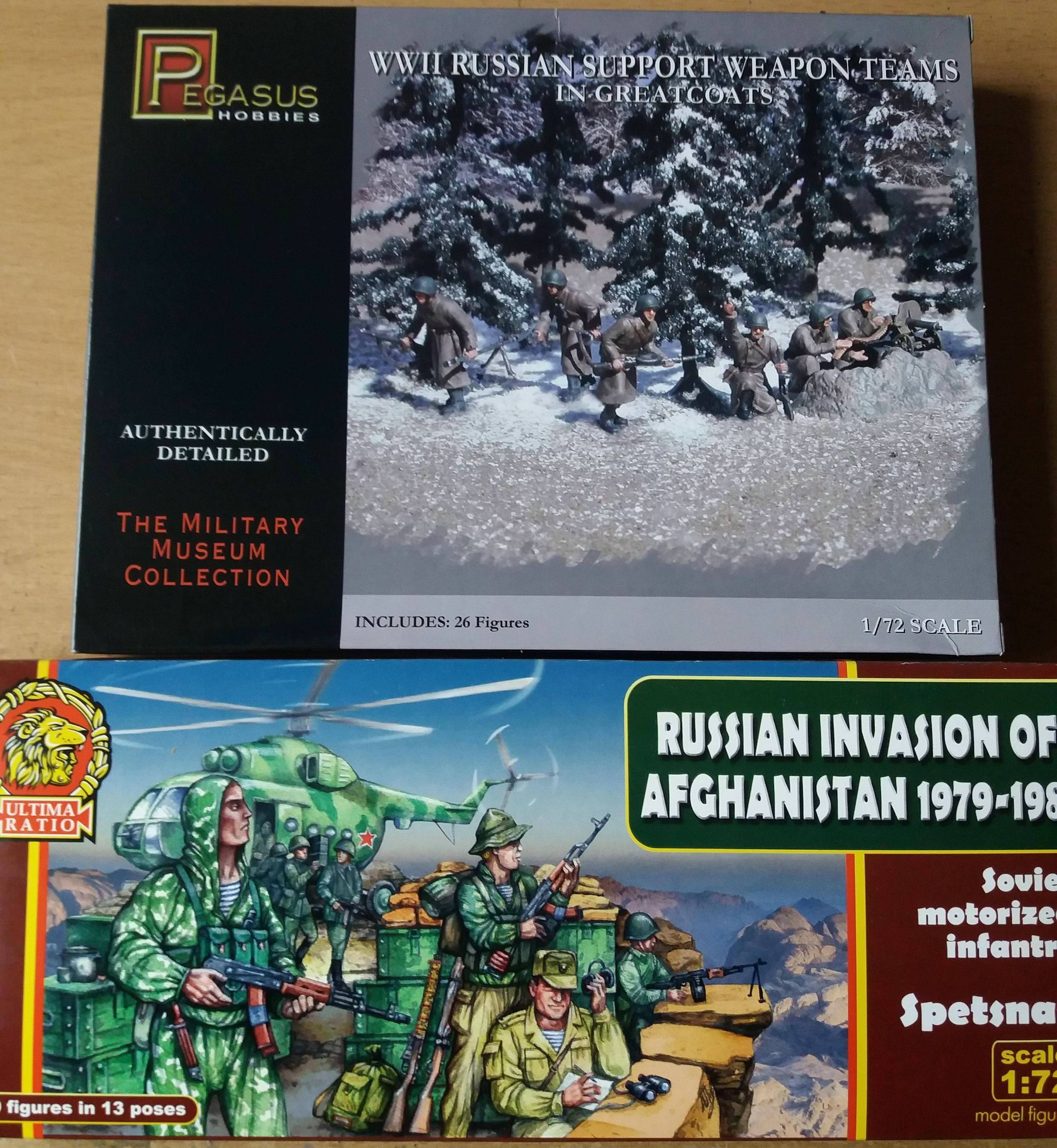 The Russian will go to my Russian troops as obviously. 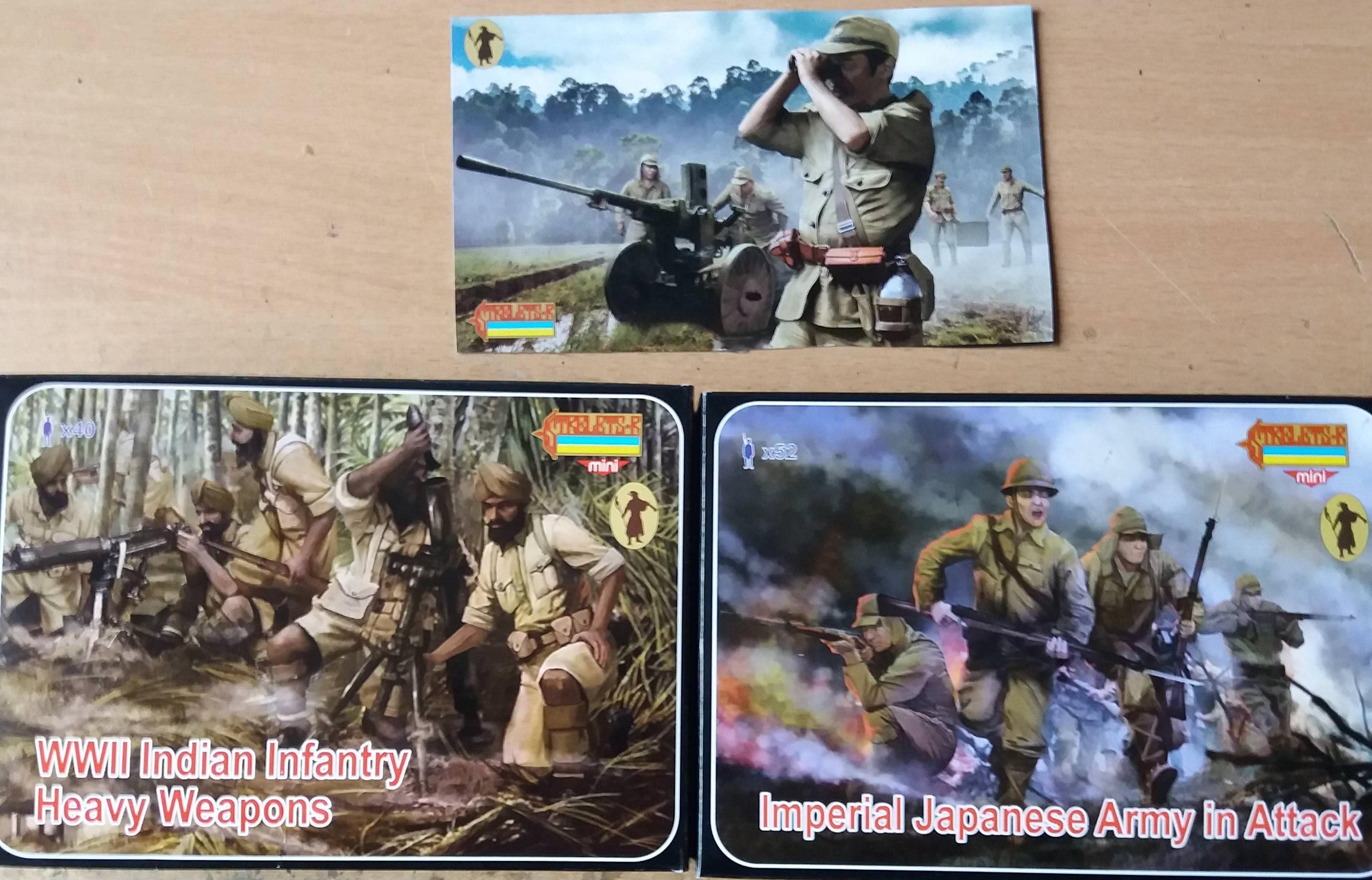 The indian heavy weapons set will go to my 8Th Army troops and the Japanese boxes to my Japanese troops.
I have bought before the other recent "Indian" and "Japanese" sets from Streletz but forgot to make pictures.
As soon as I have completed the sets on the picture I will post pictures with the other sets added. 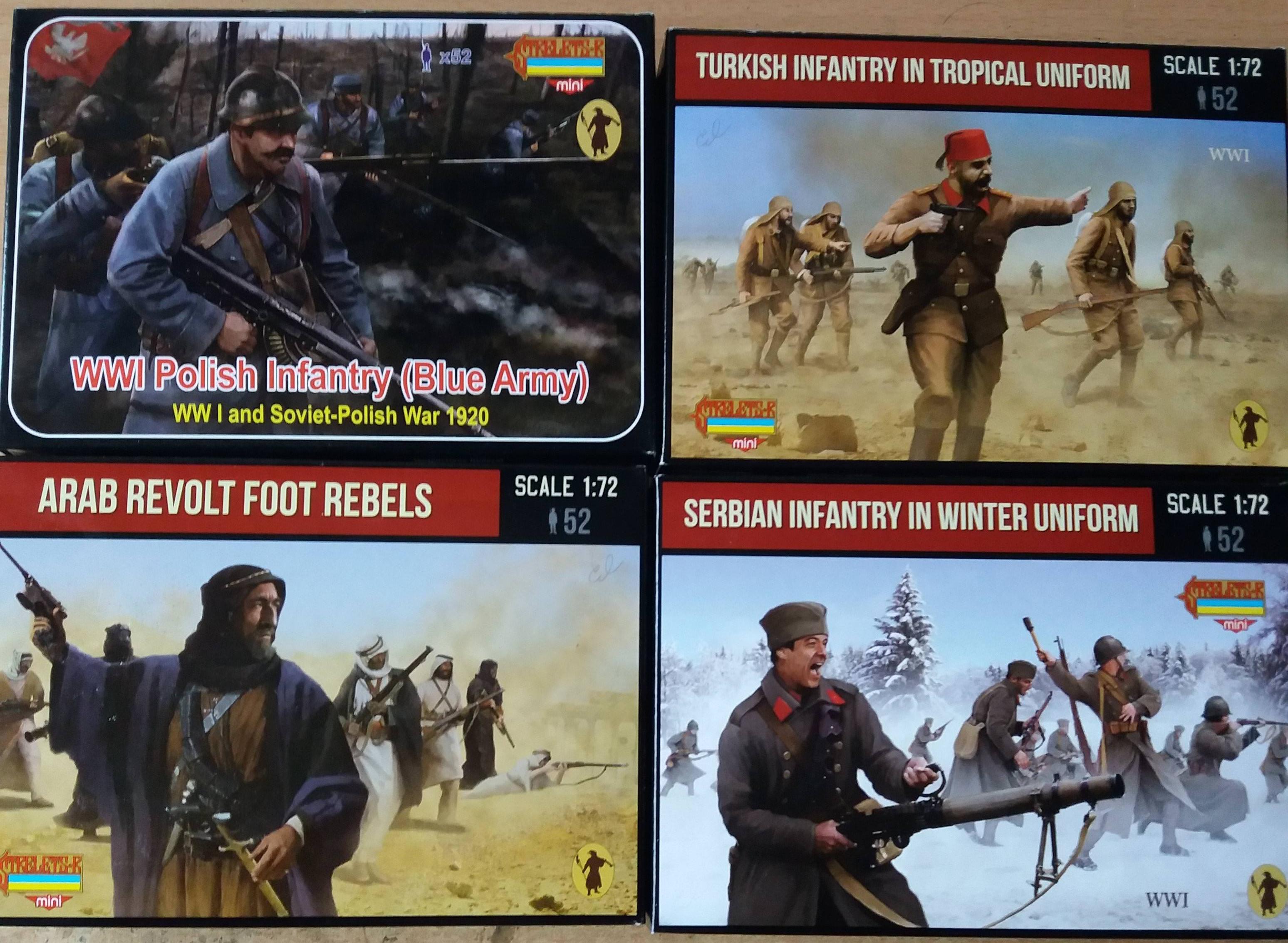 The Turks will go to my DAK troops because I have already some Turkisch sets (amongst them the arty set from HAT) added to the DAK.
The Serbian set will go to my German mountain unit.
The Polish set to a Polish unit within my "Red Army" and the Arabs will be used wherever I think the figures will fit in. For example as locals (guides) in the DAK or the 8Th Army troops.

Yes, I know that some sets are WW1 and others WW2. As said before, I use figures of WW1 sets as an addition to my WW2 units to make them bigger (mostly infantry).

Hi Peter and happy new year ,I see Santa was good you . Do you use the 15mm kit together with the 20mm figures. Good imaginative use of the WW1 stuff . Please post when you have completed ,cheers John
Top

Nice lot of pressies there Peter

bannockburn bhoy wrote: ↑16 Jan 2018, 15:09 Hi Peter and happy new year ,I see Santa was good you . Do you use the 15mm kit together with the 20mm figures. Good imaginative use of the WW1 stuff . Please post when you have completed ,cheers John

Hi John, happy new year and best wishes for you and your family too.
I'm currently looking for use of 15 mm kits together with 20 mm figures. But only to depict means of transport and /or te present of certain weaponsystems.
For example: if you have a unit with 3 arty pieces (guns) you would need also 3 towing vehicles and 3 (or more) ammo vehicles. To depict the 3 towing vehicles I use 3 trucks/lorries from (e.g. Zvesda) because those vehicles don't have any other function.

Because I have a lack on universal carrier for groups/units like mortars, HMG, OP, etc., I'm going to look if those 15mm carriers could depict those vehicles. Why those 15mm and not 1/72 scale carriers? Simply because of the money. In 1/72 scale you get 3 plain carriers with some crew and in 15mm you get 9 with conversions and crew for almost the same money.

This is an older picture of an organisation from Will (Fire-at-will).

As you can see he has put 1/72 carriers in the organisation for certain weapons. Only to depict their means of transport/towing of guns.
Now imagine the same unit, only with 15mm carriers to depict those carriers.

That's what I'm thinking about.

Find it difficult aesthetically to get my head round that one Peter ,but if it works for you then fairdoes. all the best John
Last edited by bannockburn bhoy on 18 Jan 2018, 01:22, edited 1 time in total.
Top

Santa has been busy! Look forward to your pics.
Top

That is a decent of haul of new stuff to work on. Look forward to seeing the finished results.

Hi guys,
It has been a while since my last post due to some personal matters.
Beside those matters I had also to arrange a posthumous award of a medal to the kids of a nephew.
That has happened the Saturday before Easter.
But I'm back now.

Earlier I mentioned the use of 15mm vehicles in 1/72 units. In a message above I had used a picture from Will (Fire-at-will).
I've build some boxes of 15 mm vehicles, recreated (more or less) parts of the unit in that picture and took some pics. 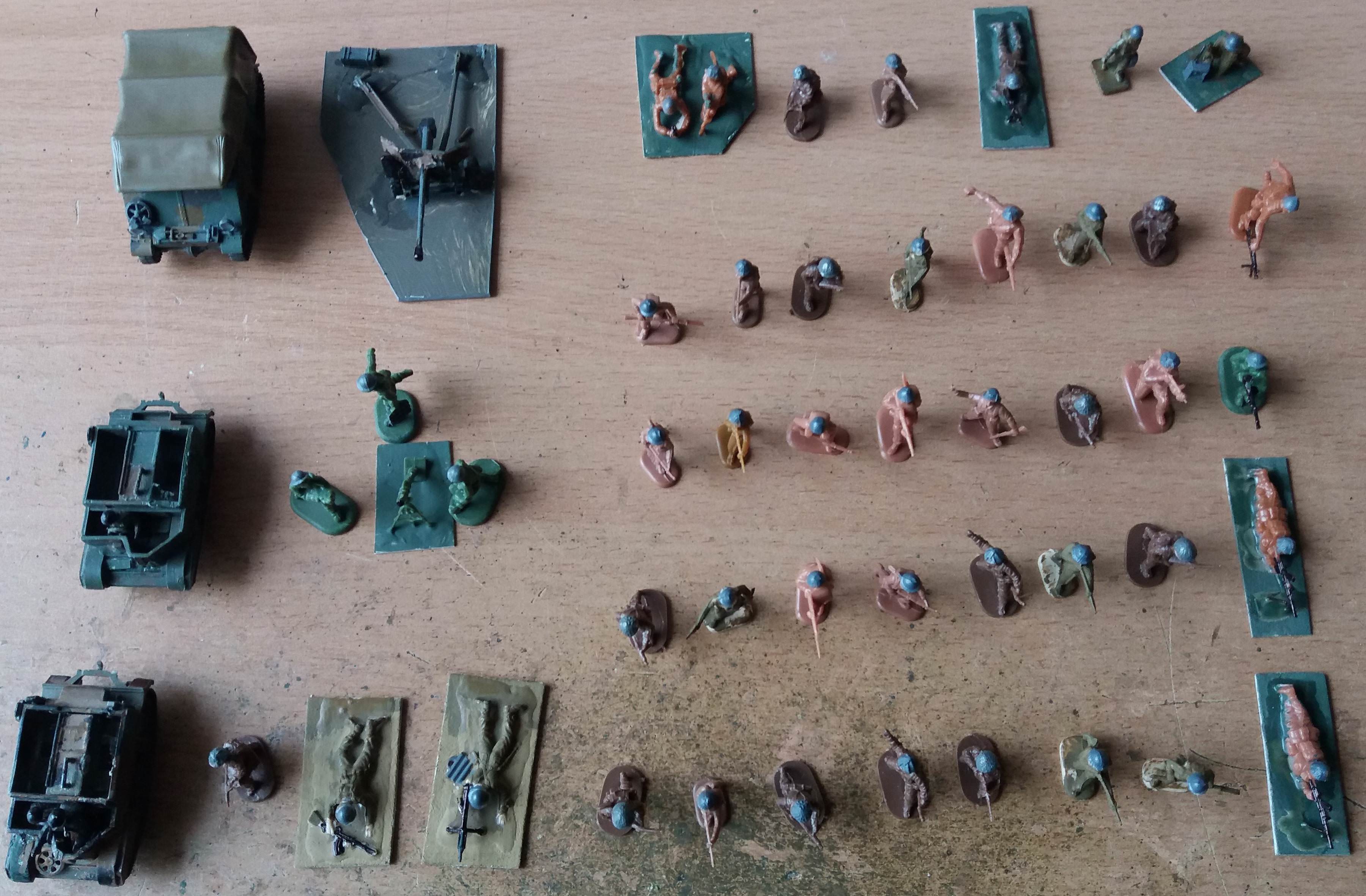 This is the most left battalion with vehicles in 1/72 scale. 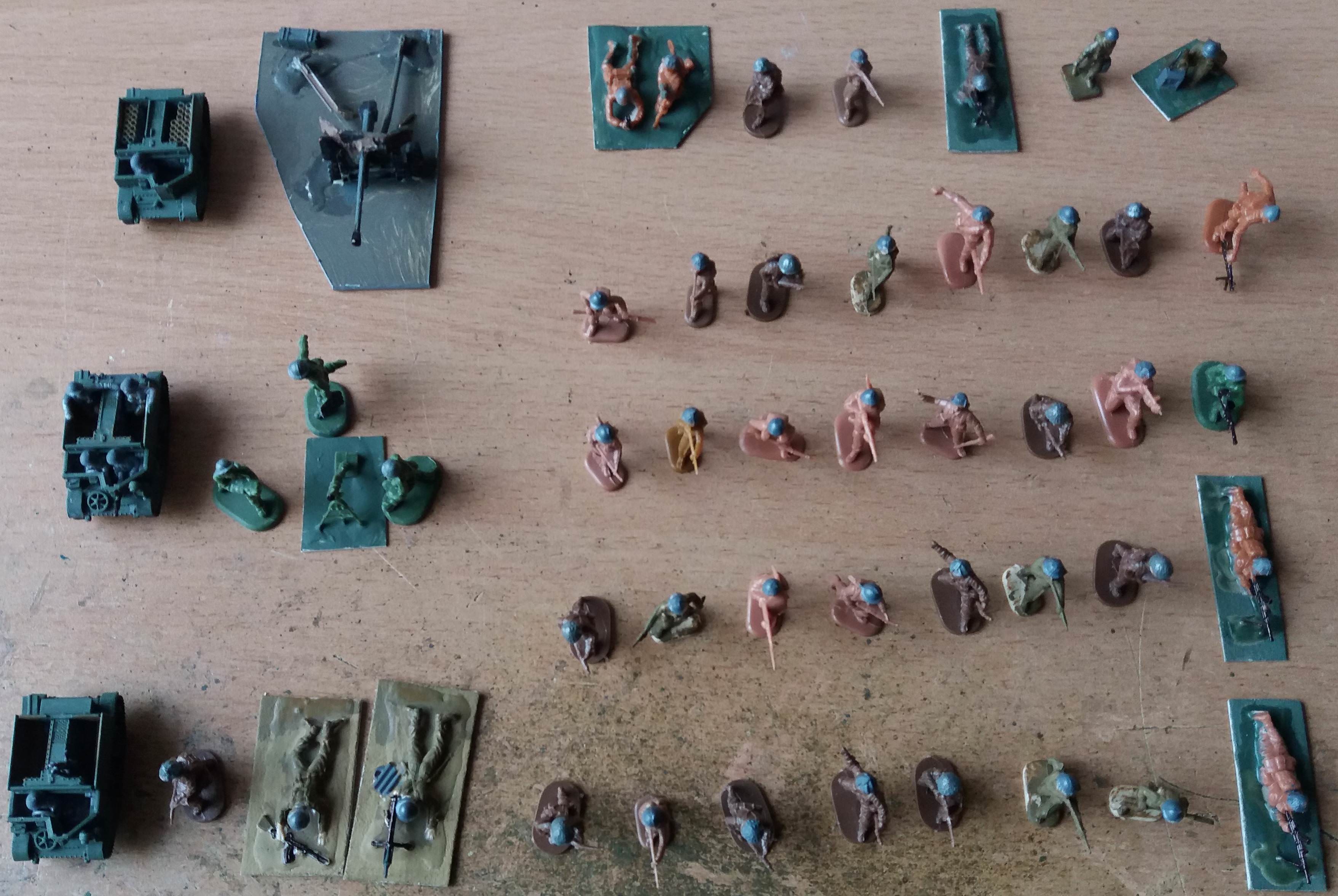 Same part but with vehicles in 15mm.

This is the recreation of the upper left part of Will's picture with vehicles in 1/72 scale. One Wasp is missing because I only have one in 1/72 scale.

Same part but again with vehicles in 15mm. (Two different types of Wasp)

I got this idea because I saw in pictures of your games that often vehicles (in this case universal carriers) are only used to depict the means of transport and or tow of a gun but the vehicles have no furter use in the game. Game is done with the figures and guns.
Correct me if I'm wrong.

As for tow of guns I've made also pictures with 1/72 and 15mm vehicles. 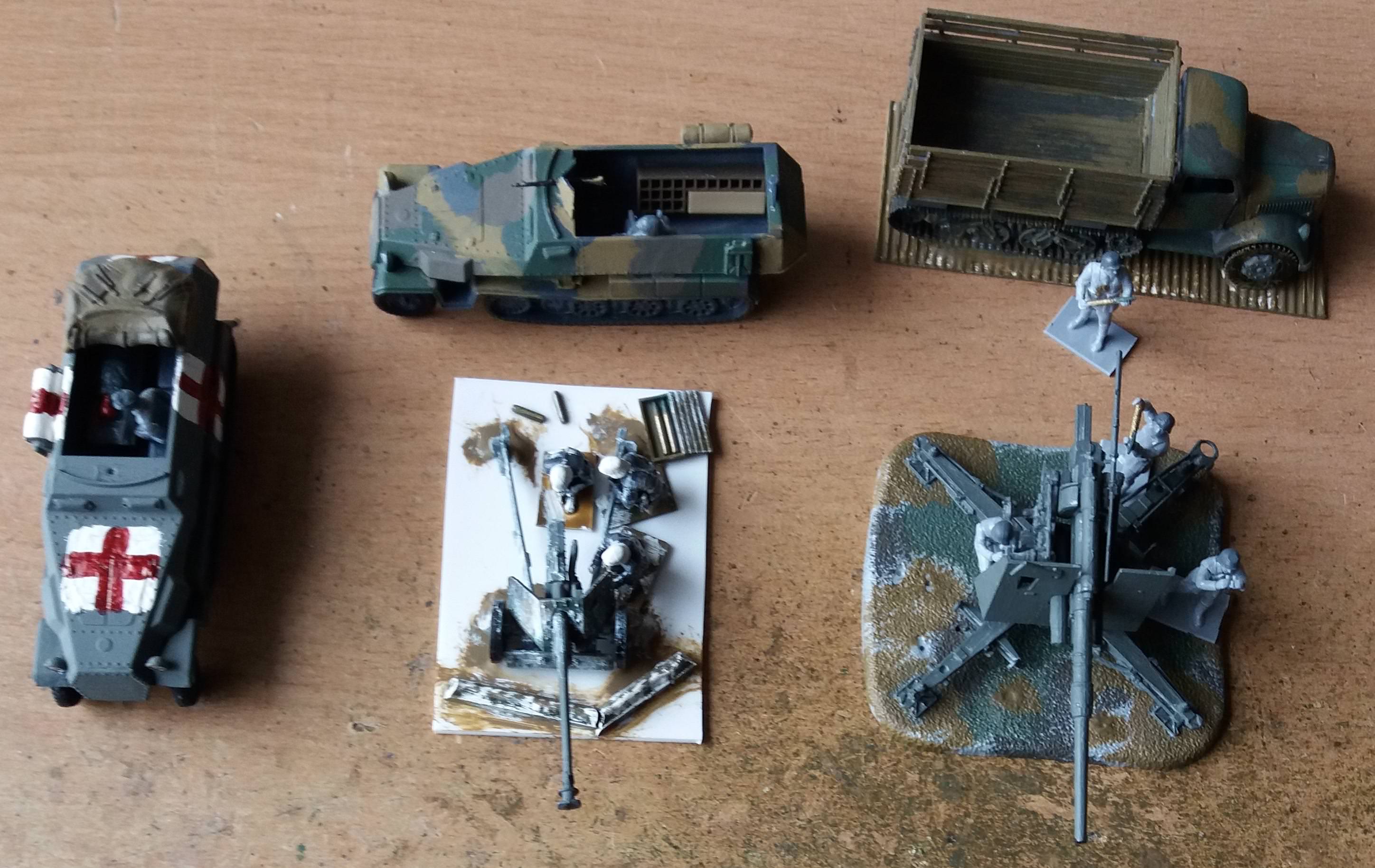 Two pics of guns with 1/72 scale towing vehicles and an ambulance. 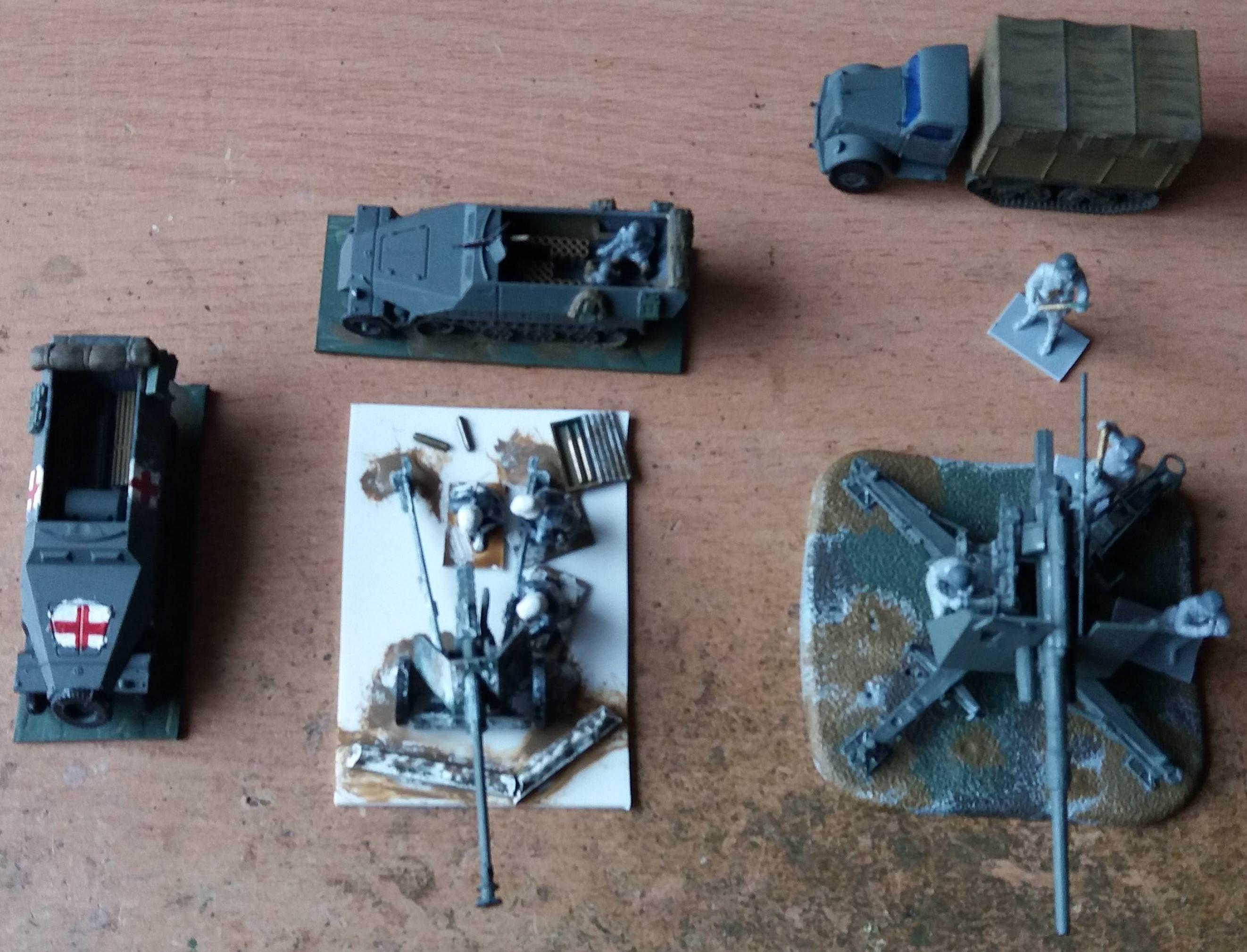 For me this looks OK.
I'm curious about your opinions.

Cheers
Peter
"See problems as challenges"
"I've done so much with so little for so long, I'm now entitled to do anything with nothing"
Top
Post Reply
9 posts • Page 1 of 1