I have had these a while, I picked them up on ebay to use for the planned Crisis point game, but when that was cancelled due to lockdown I put them to one side. 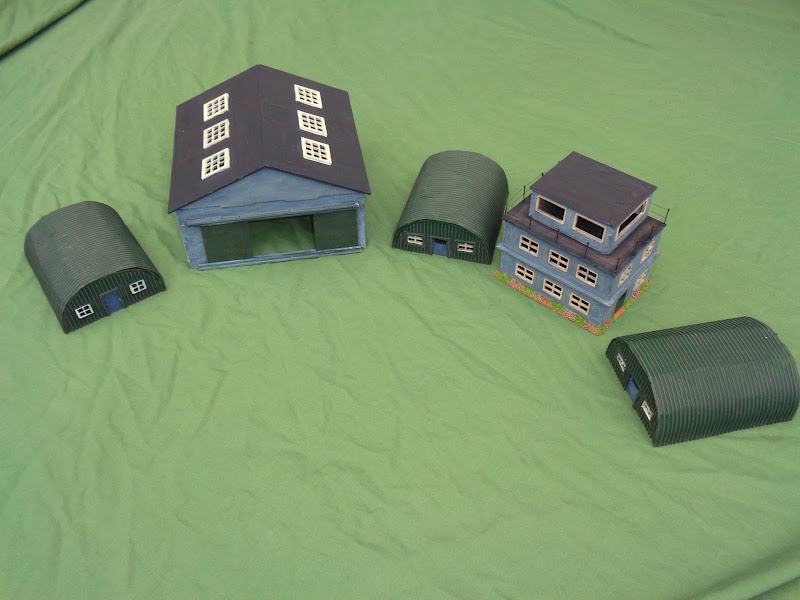 After assembly I felt disappointed by the appearance especially the Nissan huts and almost gave up, but I persevered 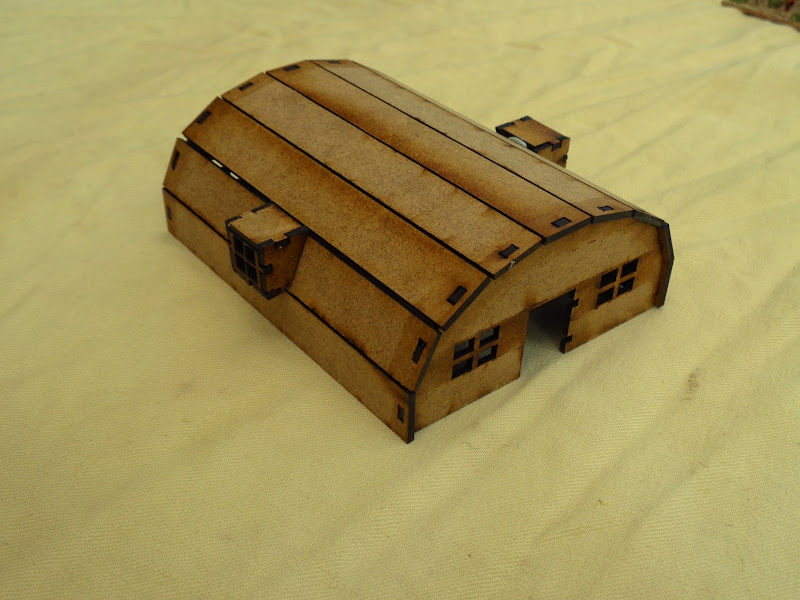 The Nissan huts were a basic frame that looked nothing like the originals and the side windows are appalling so I gave up using them, To give the correct appearance I clad them in corrugated card recycled from wine boxes, thanks to Steve A for that tip. 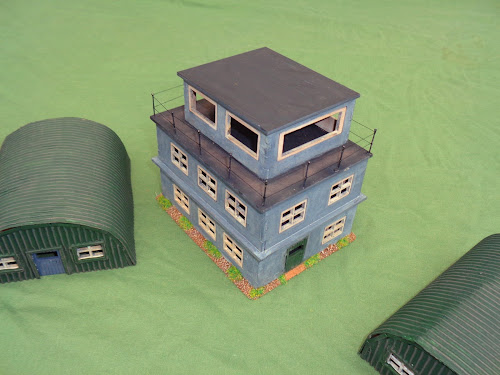 The hanger is a very monolithic structure, I think a double roof would have looked far better and the entrance is not wide enough to get any 1/72 aircraft inside. 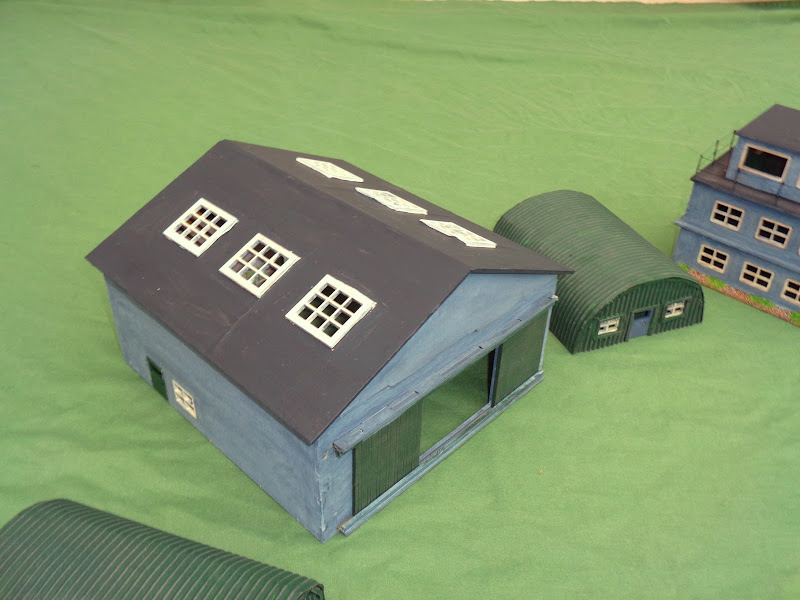 One of the original pictures from ebay, I still have the "radar" but I won't be using it. 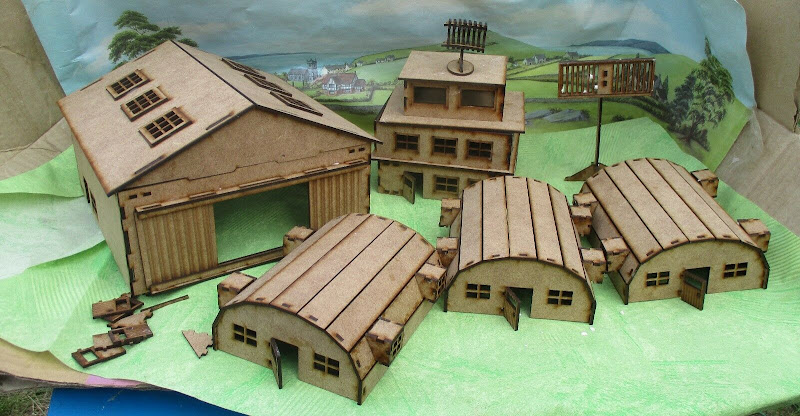 EXCELLENT Will!
Great use of the basic mdf and really well used that corrogated cardboard.
I think the control tower and hangar are great pieces of work..... is that RAF blue that the officials of Andrevia have flogged to the airbase at Tcherbevan??

To get round the aircraft wings and the door hangar issue use 15mm scale aircraft on airfield?

Or use an airplane with flolding wings biplane or modern!

I think given what you started with mdf kit wise you have made an excellent conversion with added bits and paint.
CarlL
Top

"“Sir with the compliments of my officer, your shooting was excellent – you killed four of our men”!
Un-named Traillieur to an artillery officer at R`Fakah, Morocco, Feb. 29th, 1908
Top
Post Reply
4 posts • Page 1 of 1