Well the painting mojo may be expended after a busy week on model buildings. But I managed to finish three more buildings that I had cleaned and primed and stored some years ago! So long ago that both the firms I bought from no longer exist! They are all 20mm scale and lined up below: first two buildings on the left below are Fieldworks 20mm models and the building on the right is (I think) now made by Lancer, but I bought it from the business that split and became Lancer and somebody else? (Shellhole?)

The semi ruinous block on the left is typical Fieldworks interpretation of Soviet era concrete apartment block; and comes with base and walls as one piece casting; and two separate, insertable, floors; and a flat roof (this one without any adornment, unlike others that came with water cylinder or other added features). This one features a huge corner collapse. (Could be a Syrian apartment block today, but that civil war was well in the future when this model was produced by Mr Stuker.) You may spot some Soviet WW2 figures hiding in this building! I was less heavy handed with black to suggest smoke damage on this building! 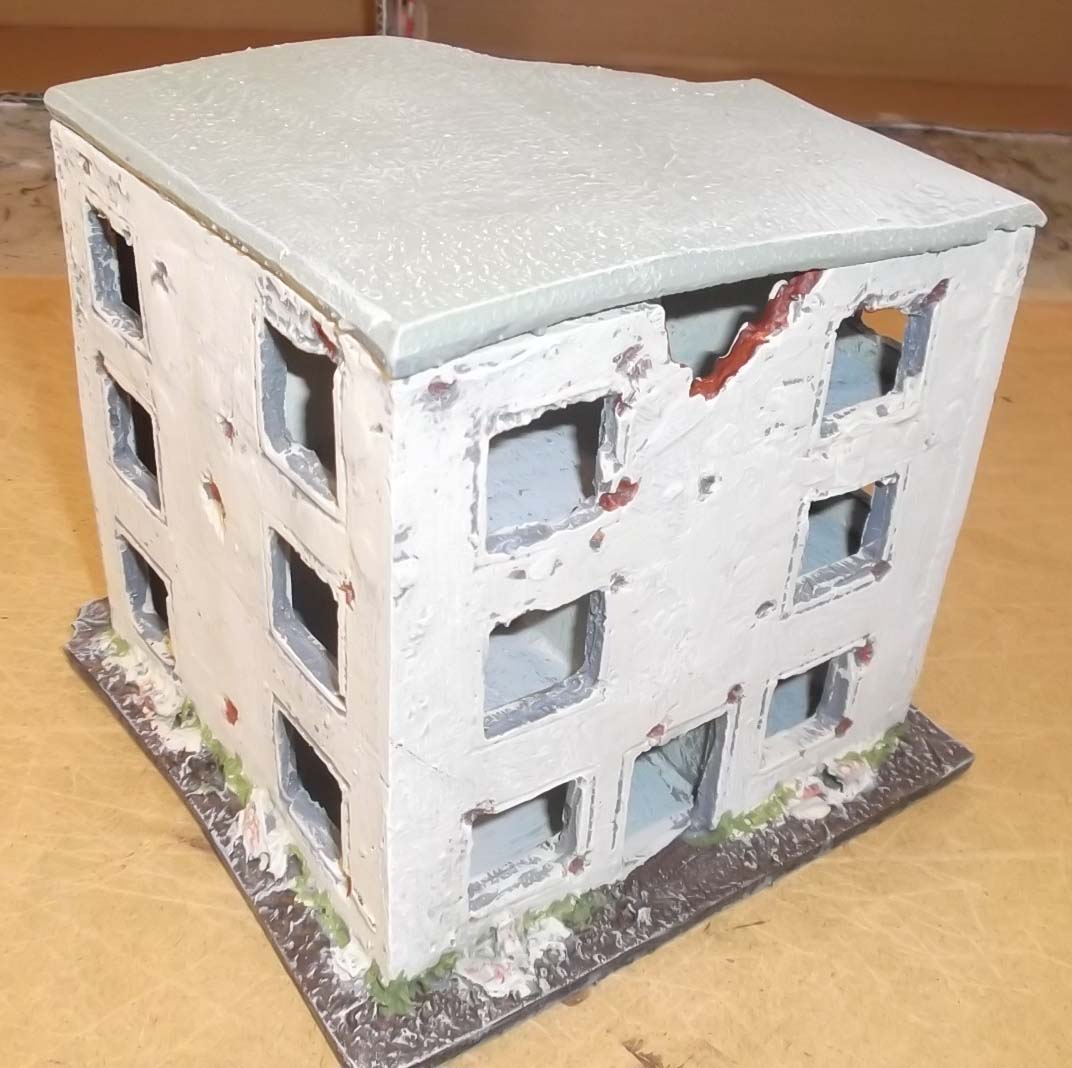 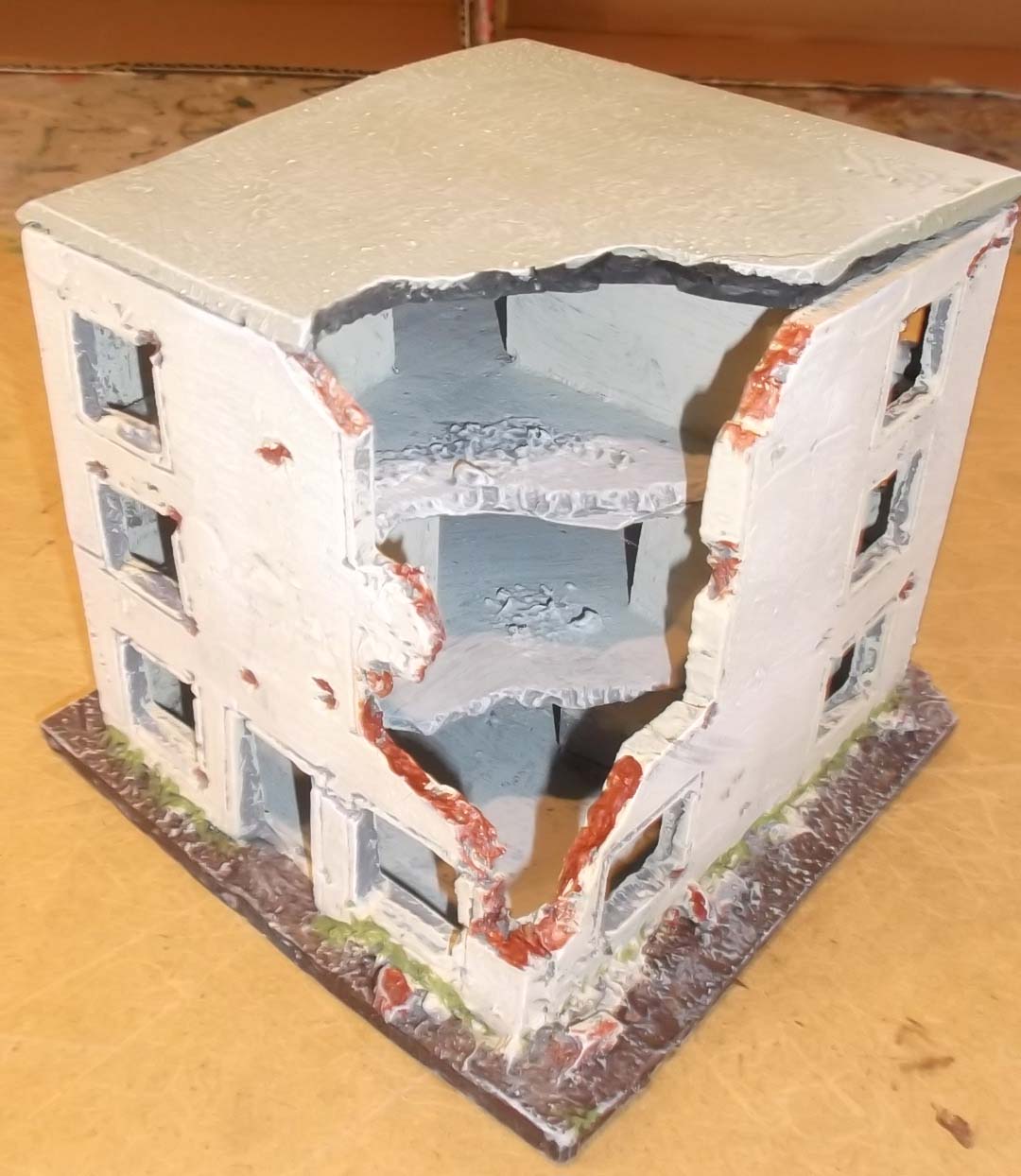 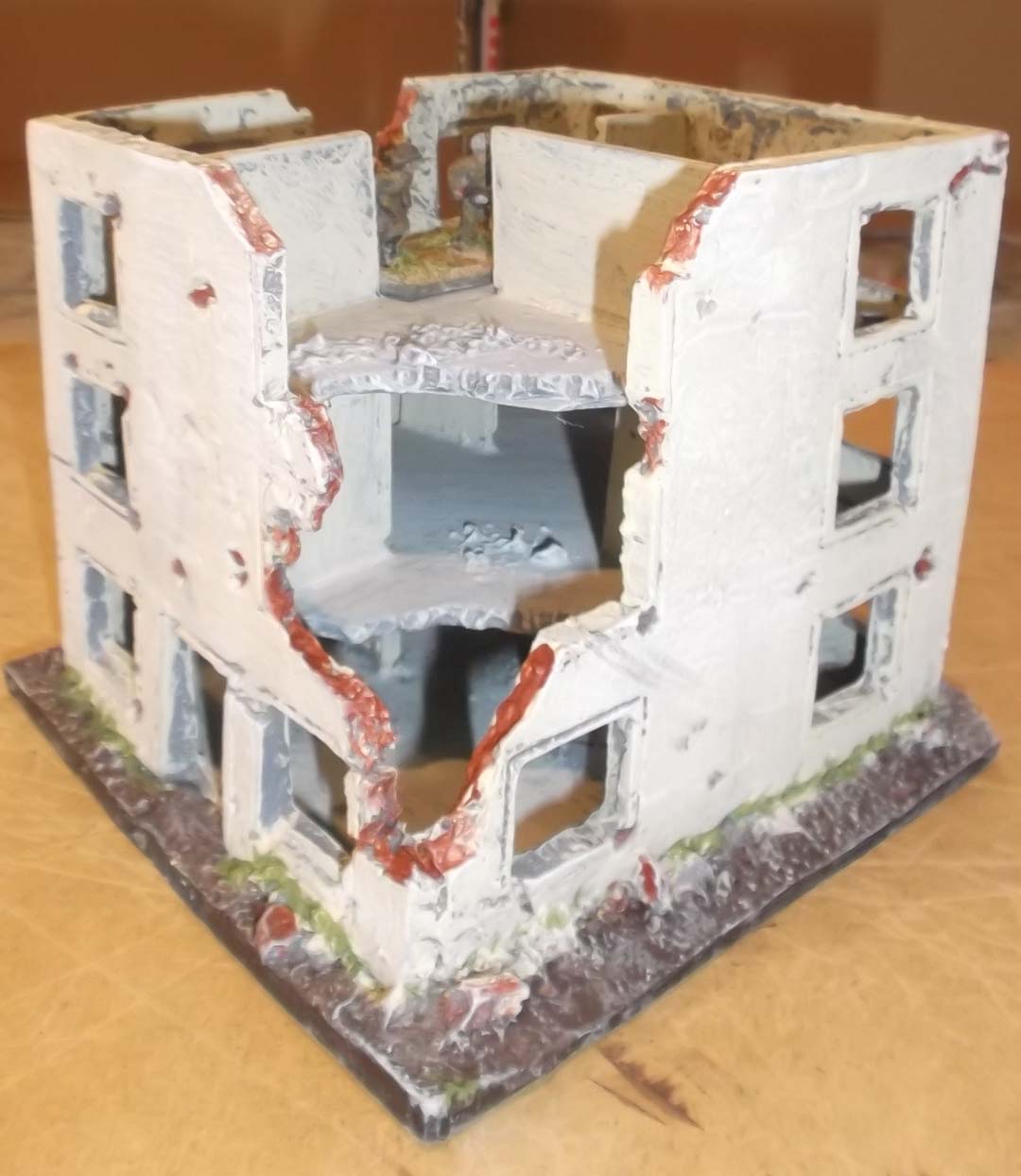 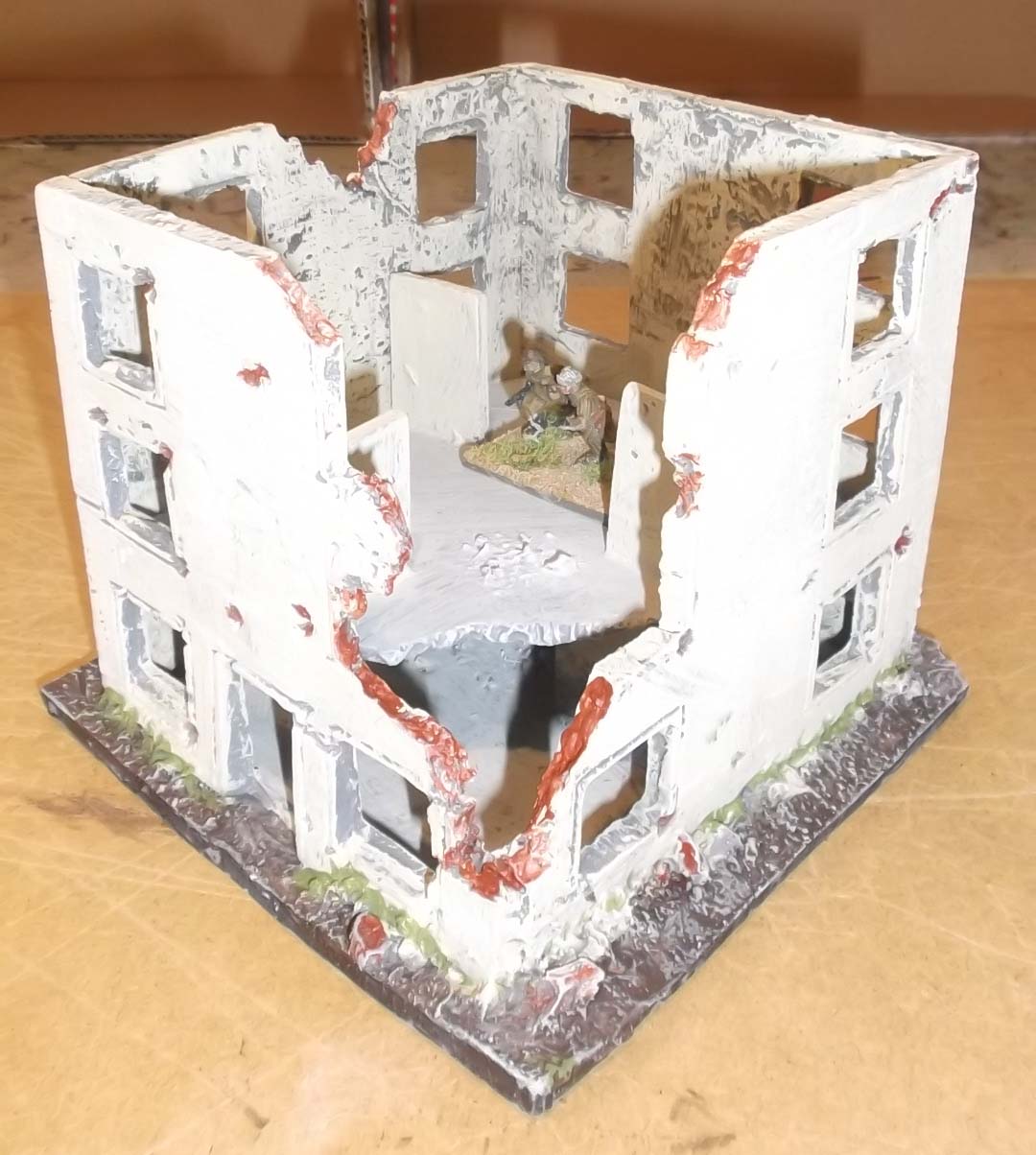 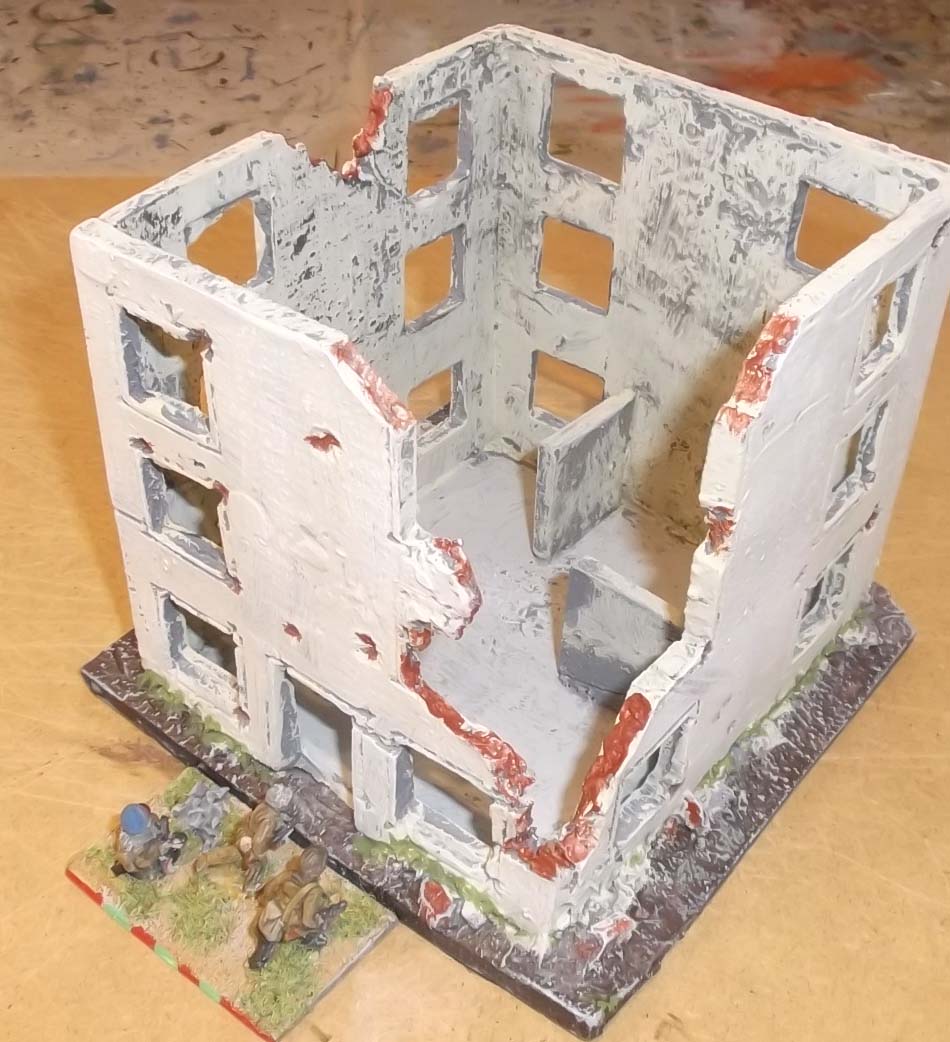 The middle model is a slightly more elaborate design of a Soviet block, compared to the above, as it has a porch like entrance, but has been modelled with more damage by Mr Stuker. 20mm figures added to help give indication of this model's size. 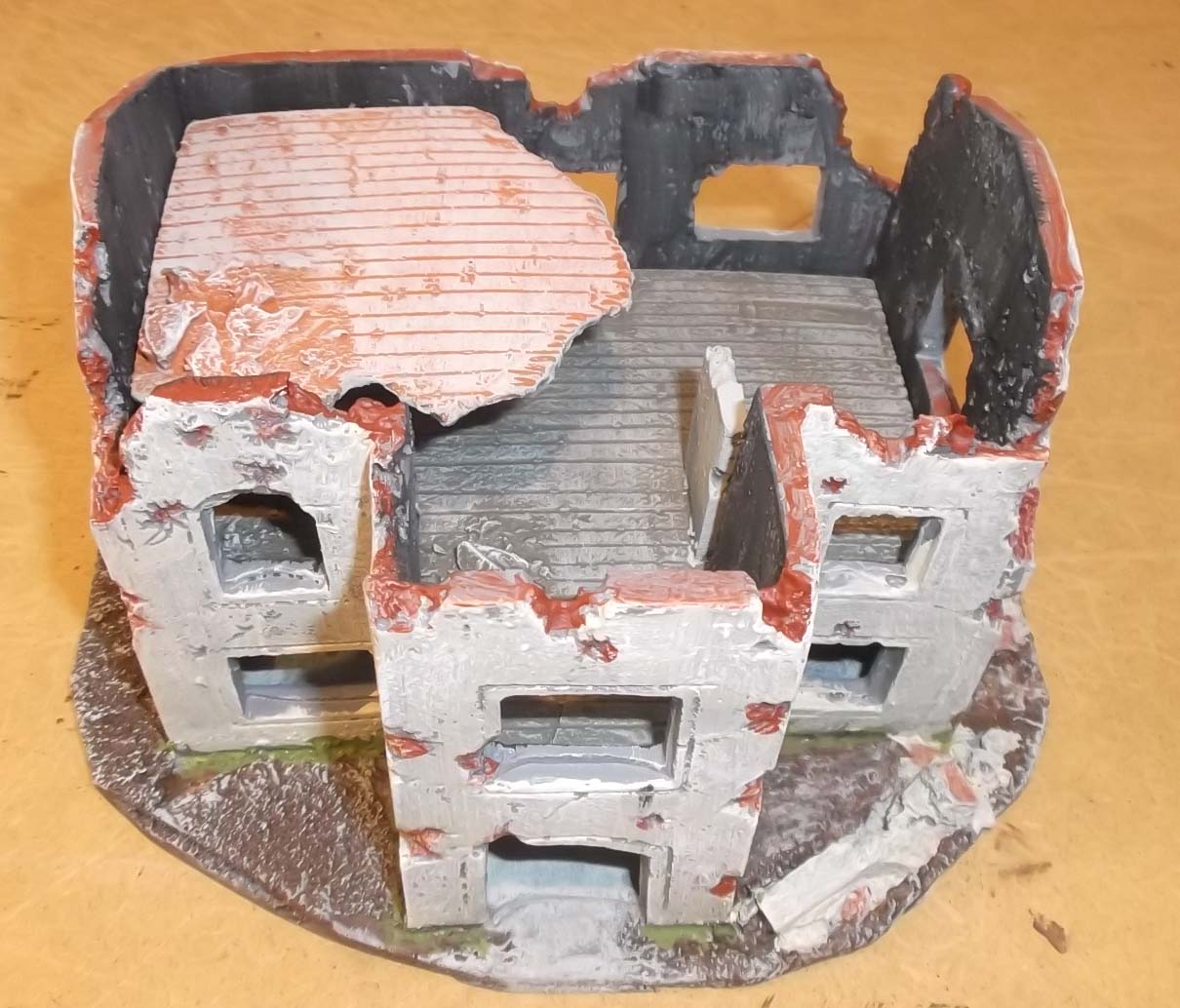 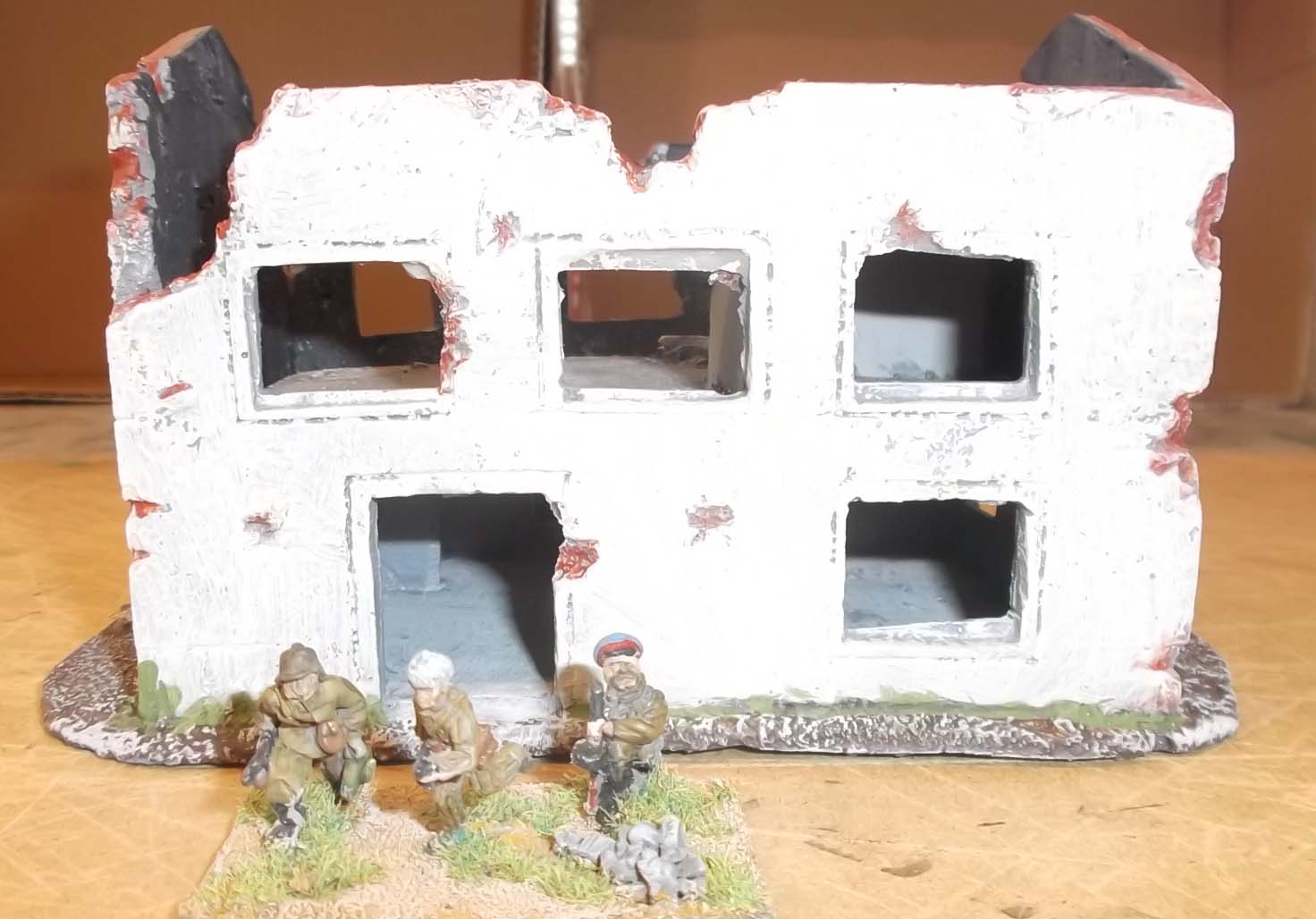 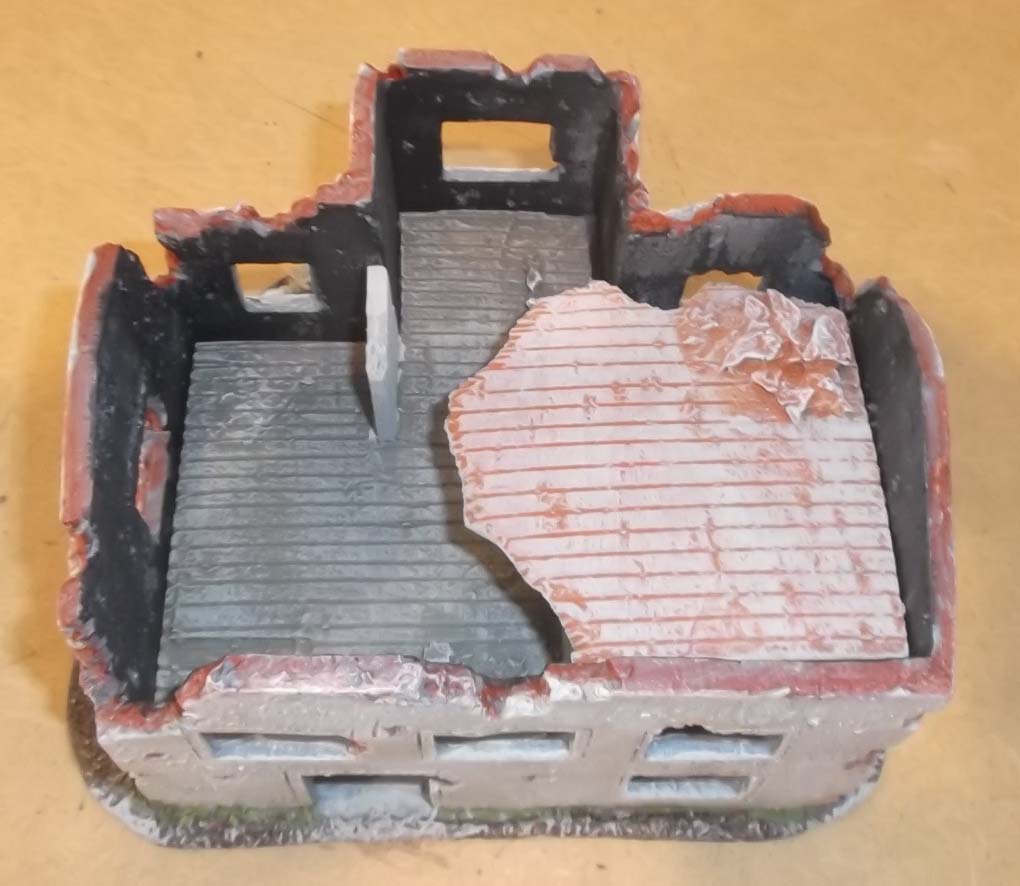 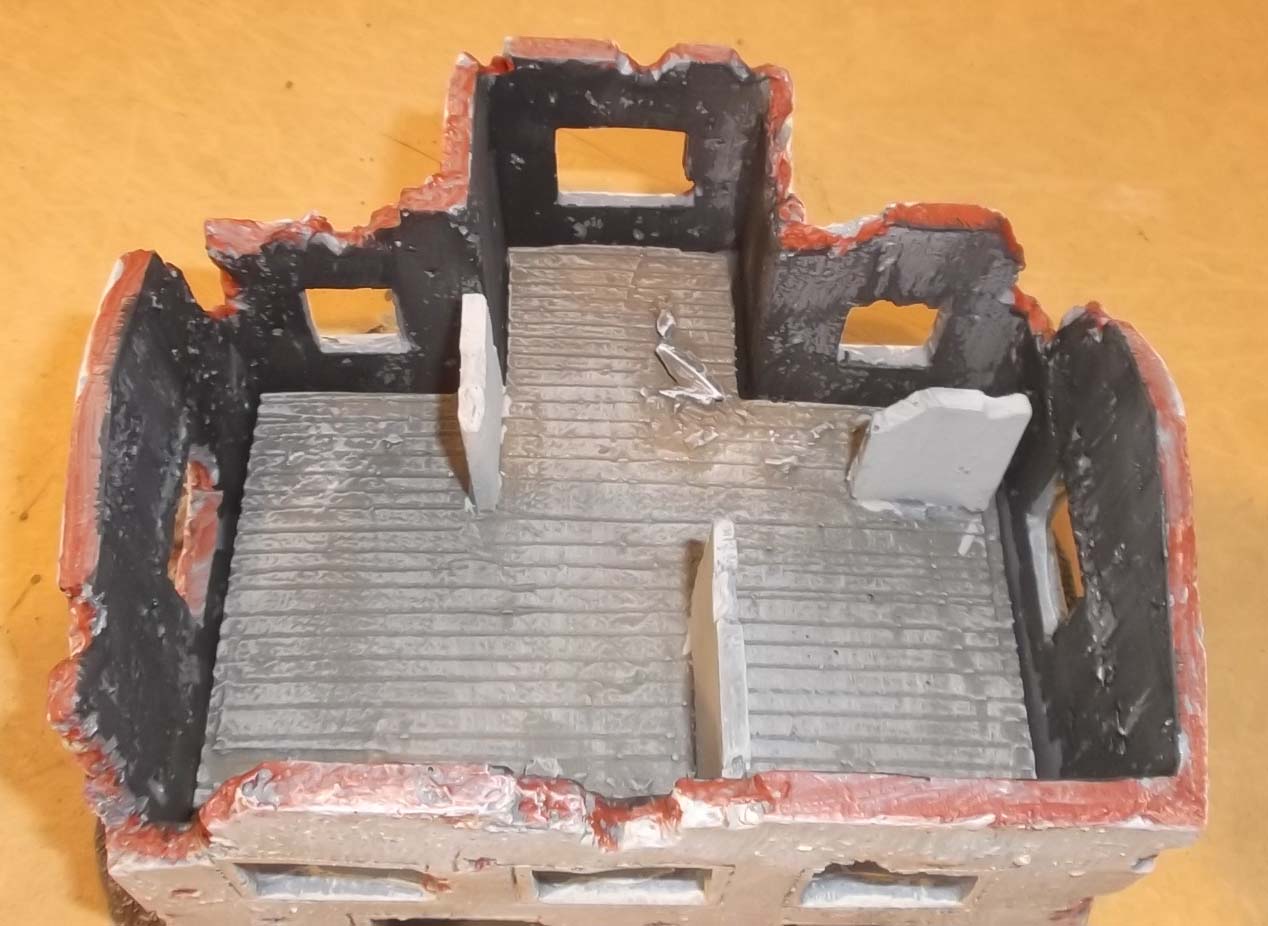 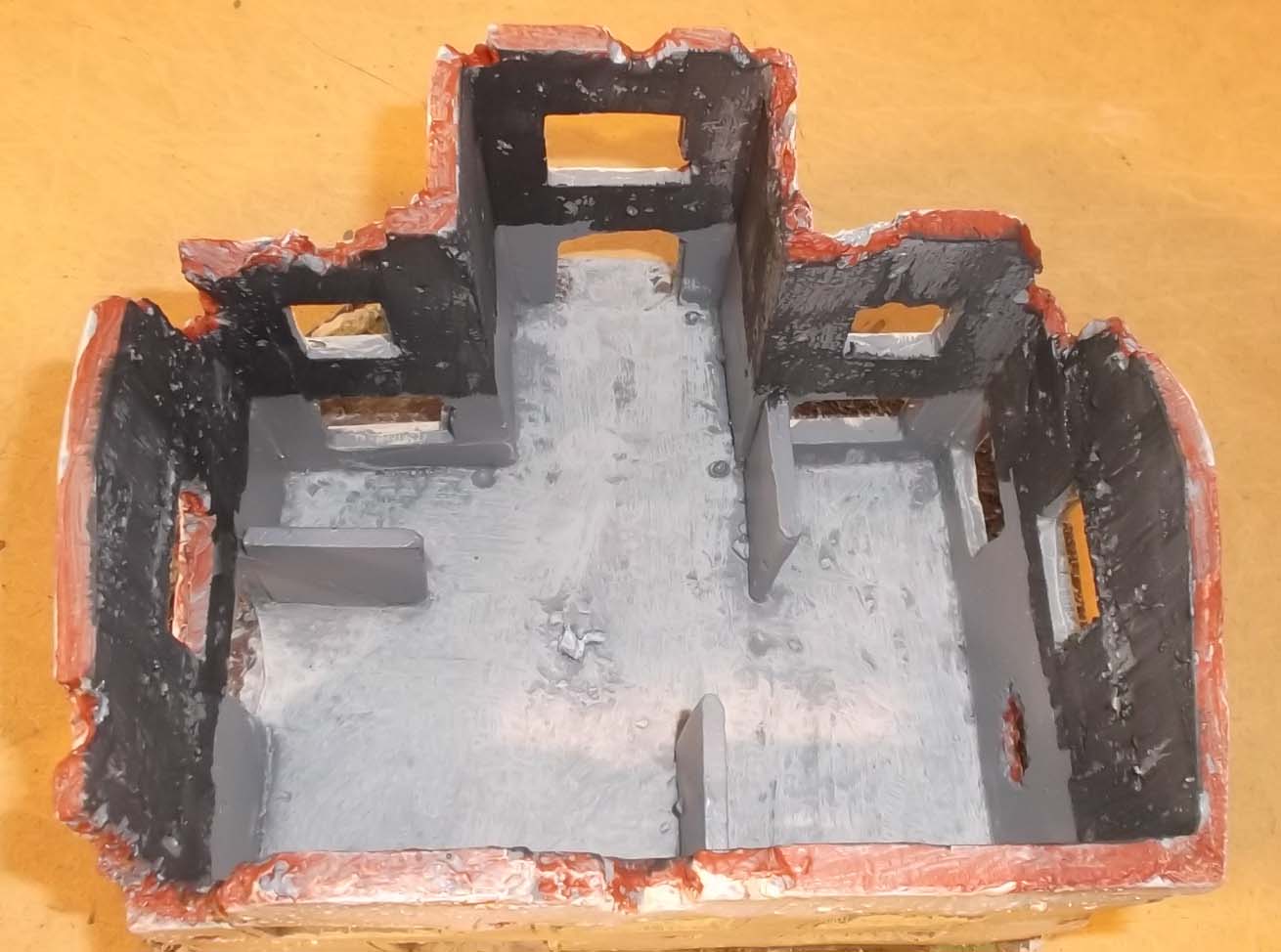 The third model on the right is quite a different design style. It has a separate "basement" piece (modelled above ground by virtue of external staircase to main entrance); and a second piece models the "ground" floor and "upper" floor in one piece, by means of a solid (and heavy!) room and staircase wrapped around that enclosed / solid "room". It has many lovely features and I hope my basic paint job does it some justice. It could be a ruin of a posh house in Glasgow, or eslewhere on Continental Europe. The basement has been modelled with "windows" that could be fortification covers like the French blockhouses covering the end of the Maginot Line in 1940. 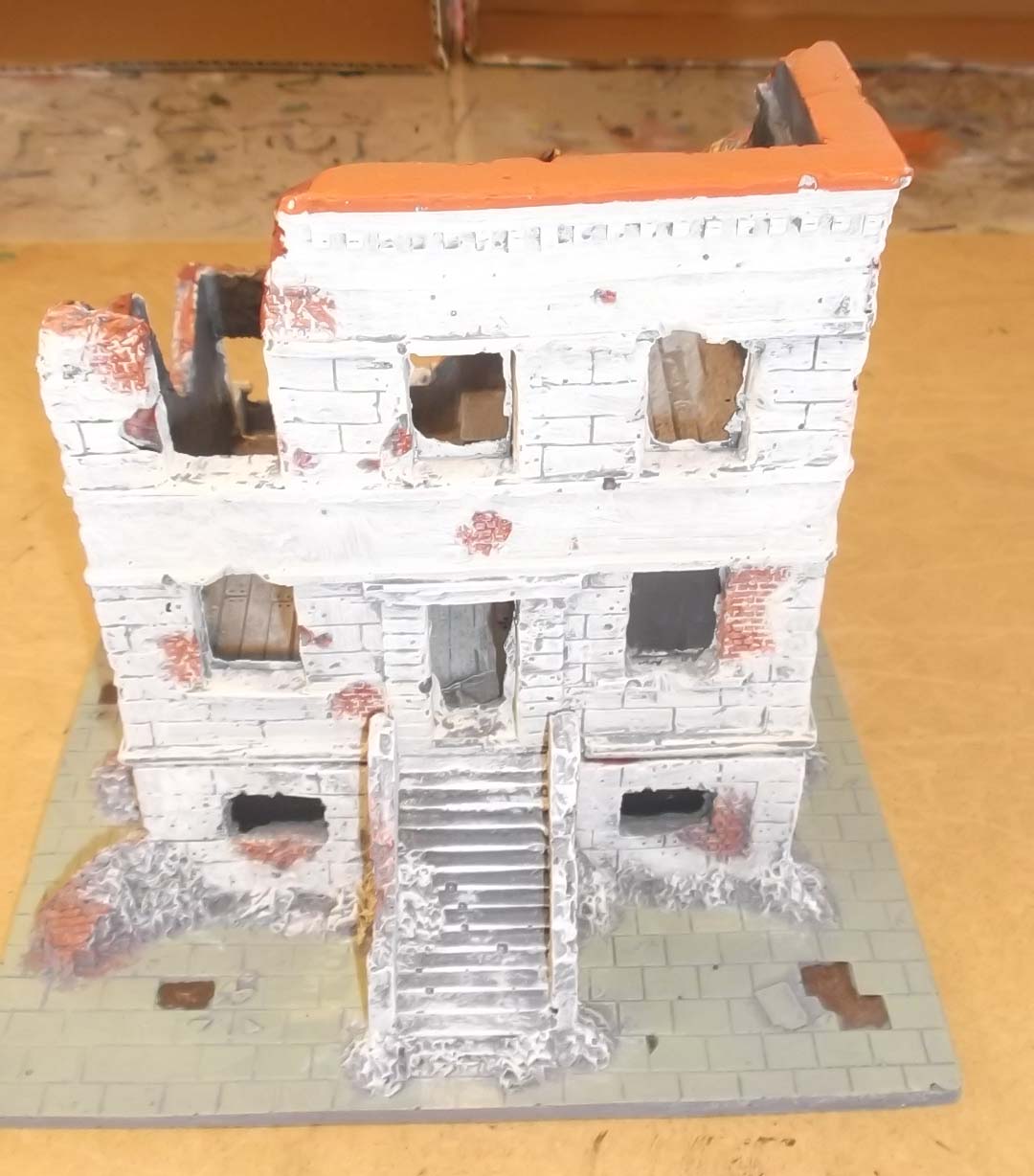 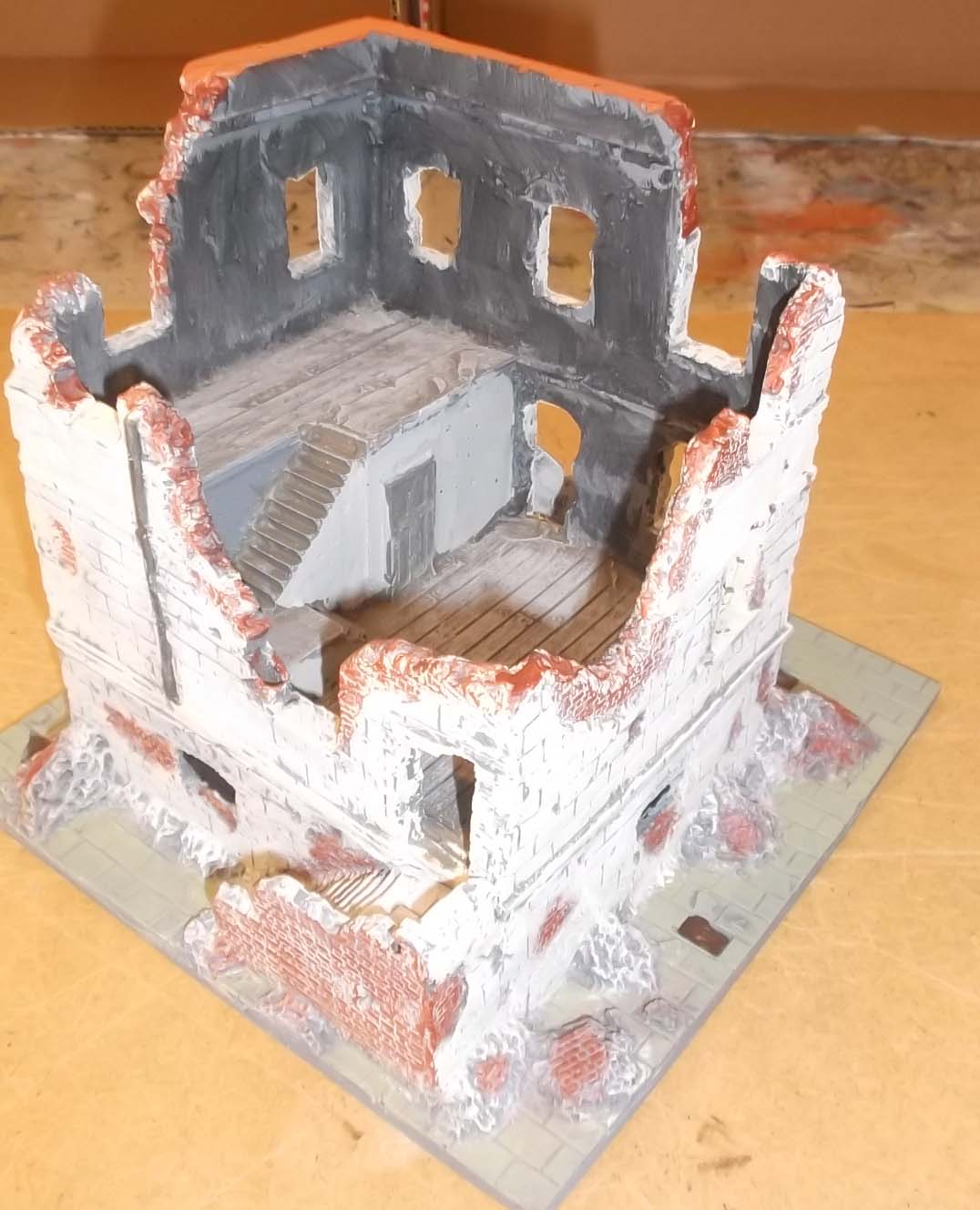 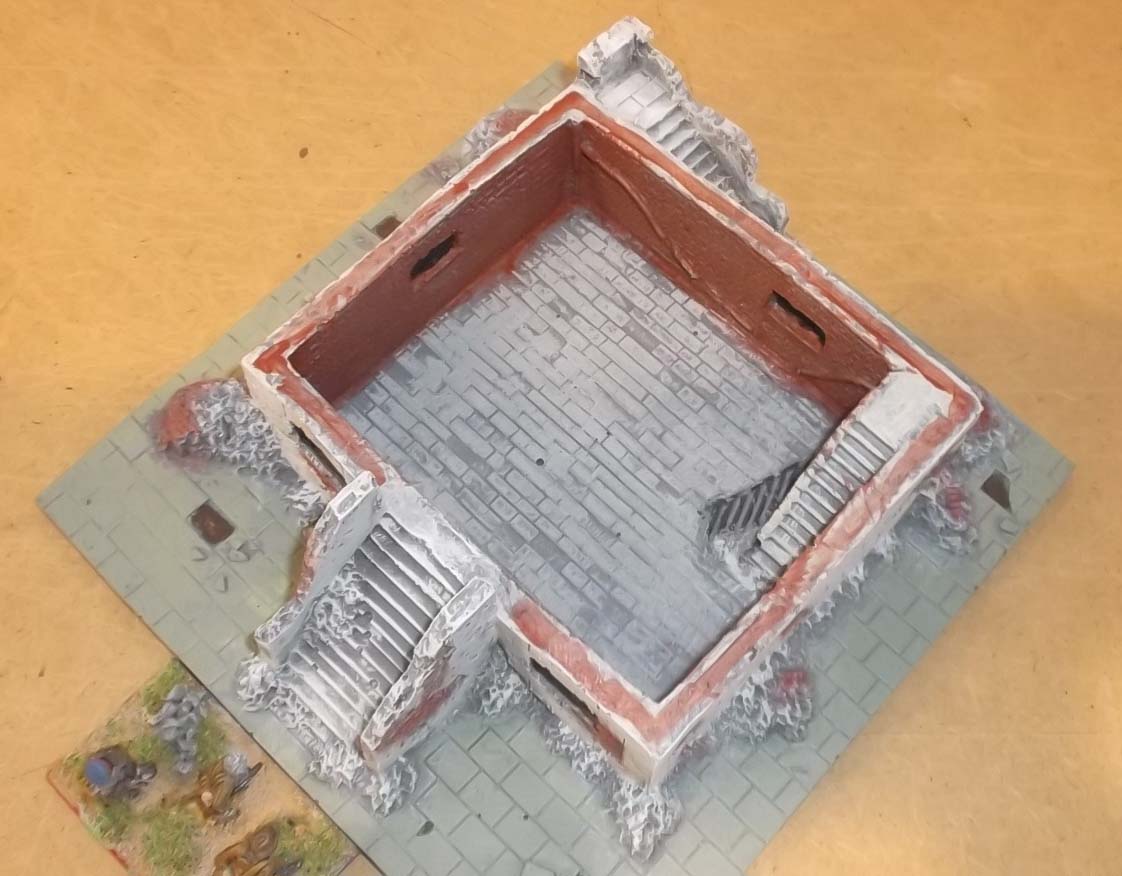 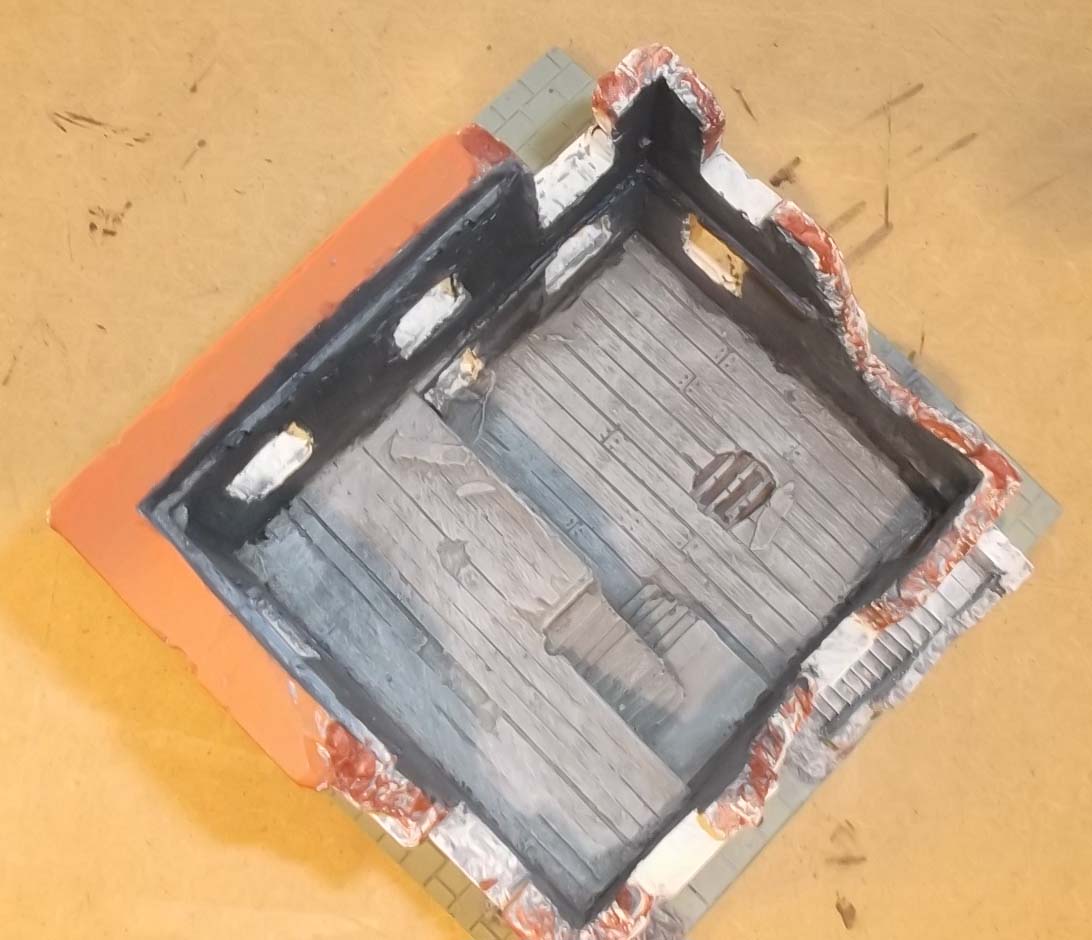 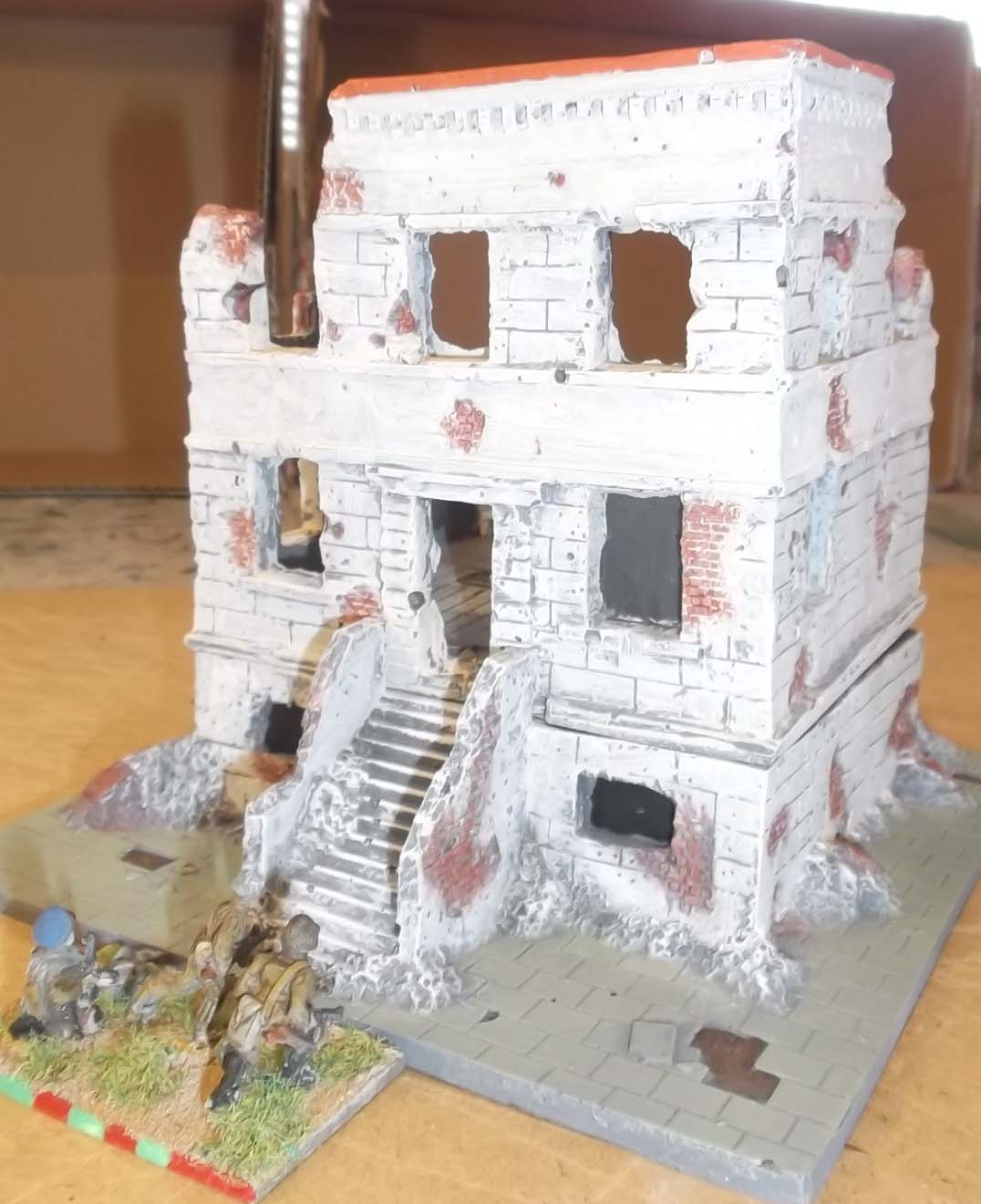