A square in Stalingrad?

A square in Stalingrad?

OK its not a real "square" just my worktop with two of my now-finished Stalingrad buildings, (15mm scale from Fieldworks range, range and business now defunct).
I have just given both models quick paint jobs this morning after years laid primed in a box!These are two more 15mm Fieldworks buildings from their now defunct Russian range of resin buildings.
In the first few shots, I have put both buildings side by side with some 20mm labourers, image they have been brought in to create street barricades with cobbles. The figures are 20mm scale (mainly Irregular Miniatures and not necessarily from their WW2 range!) and the buildings 15mm scale. Its a mix I have often used to minimise the footprint of the buildings on my tabletop but give me buildings that can be 'occupied' by figures. In this case the floor to ceiling gap isn't big enough for standing 20mm figures so would need to be kneeling or lying down!
The GUM like building is a layer cake design and as you can see there has been some warping of the resin so some layers dont fit snugly, similar problem for the roof of the other, lower building whose roof has also warped; although this isnt of the layer cake style but external walls two levels high with insertable floors; hopefully the later photos show the difference. In both cases each has been modelled by Mr Stuker from Fieldworks to show battle damage so I have painted the interiors in black mix with grey for smoke / fire damage so when upper layers or roof removed you have two passable ruin like model buildings. 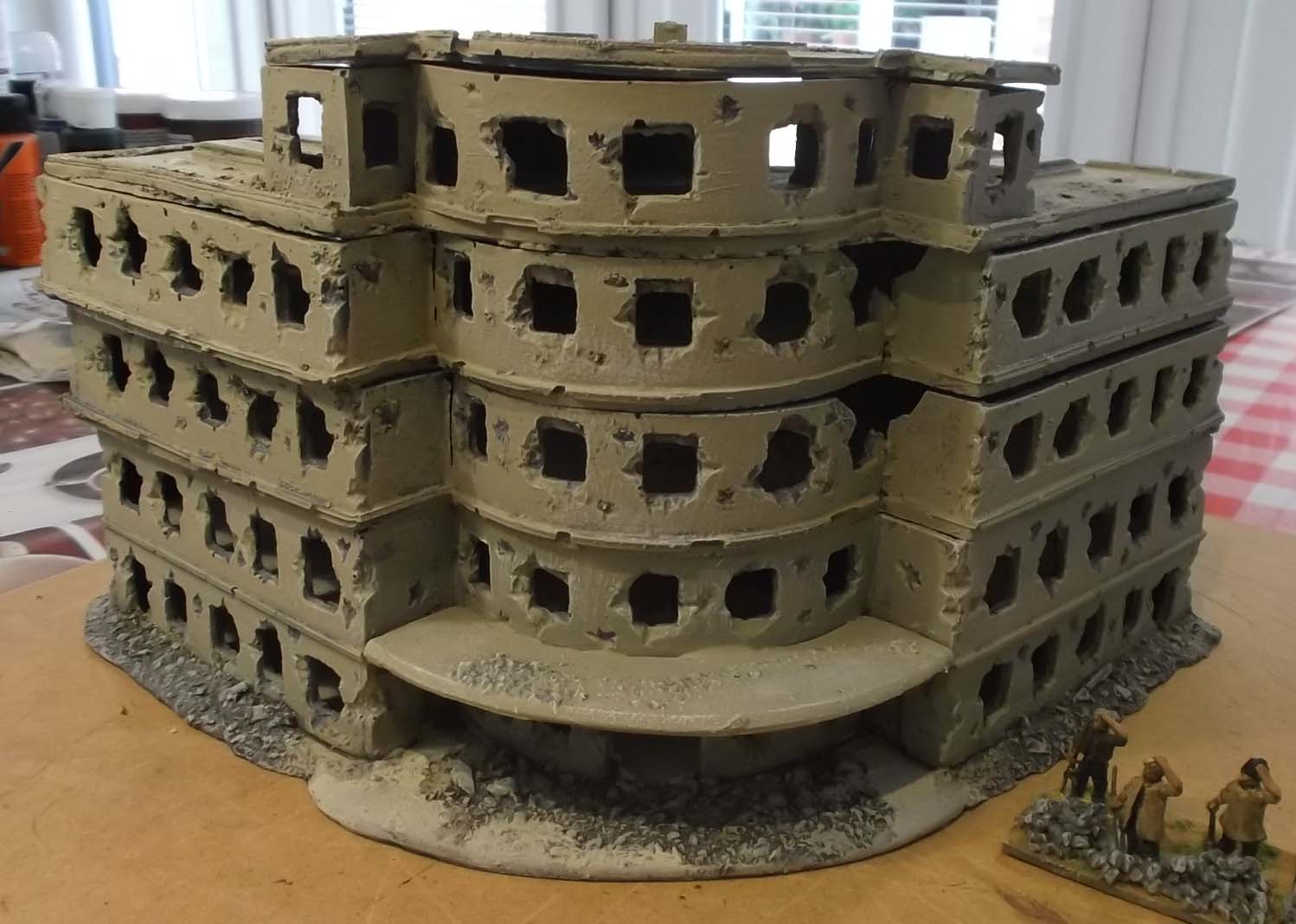 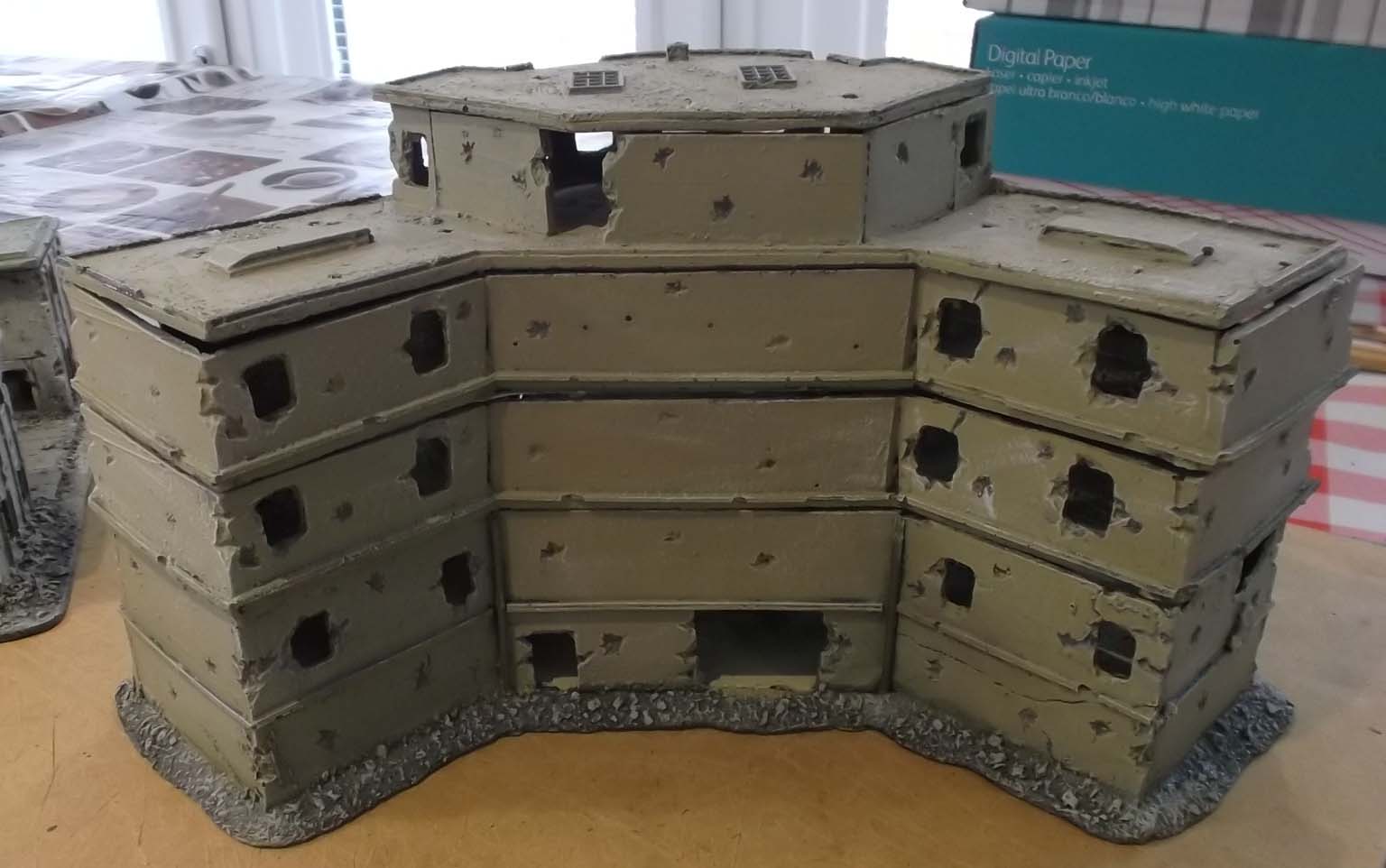 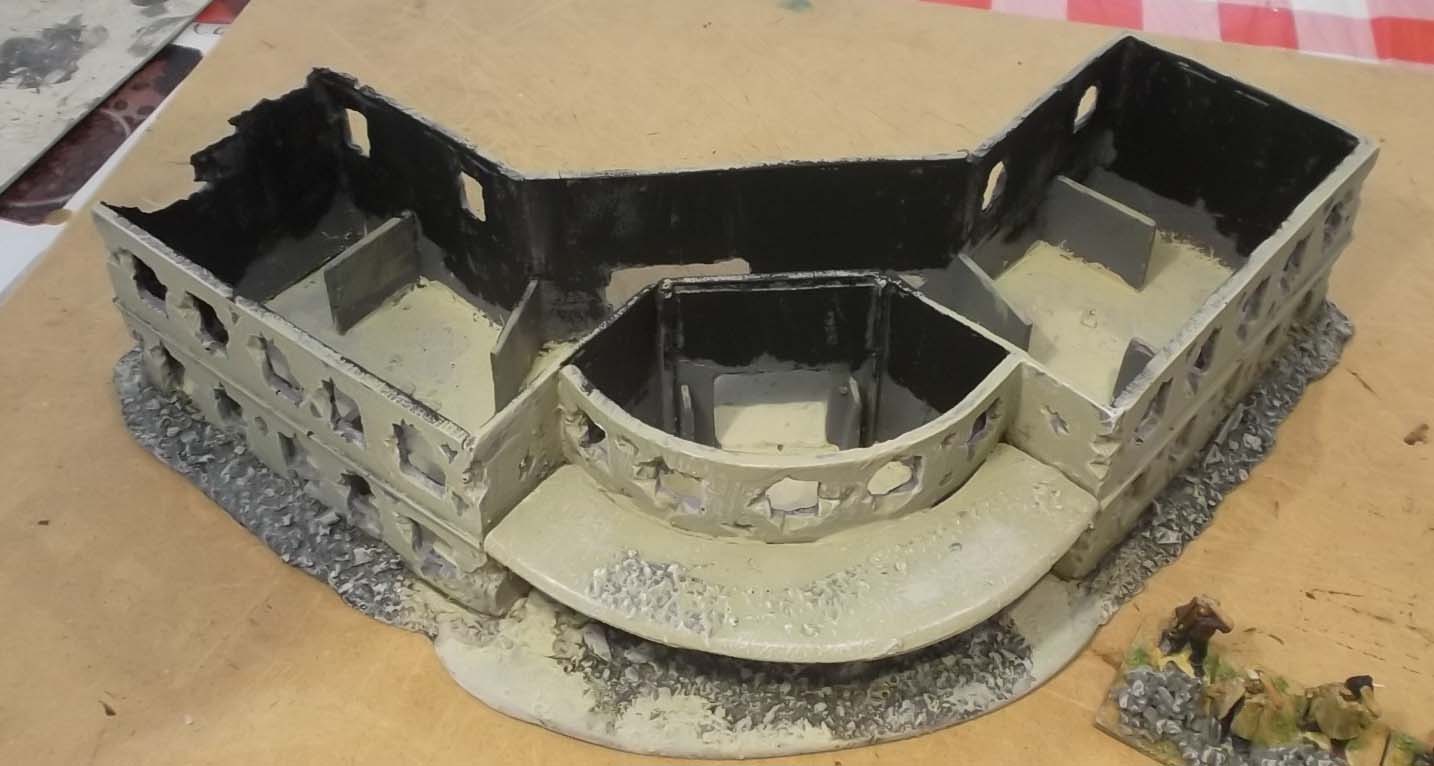 The other building - again to betetr show finished colours 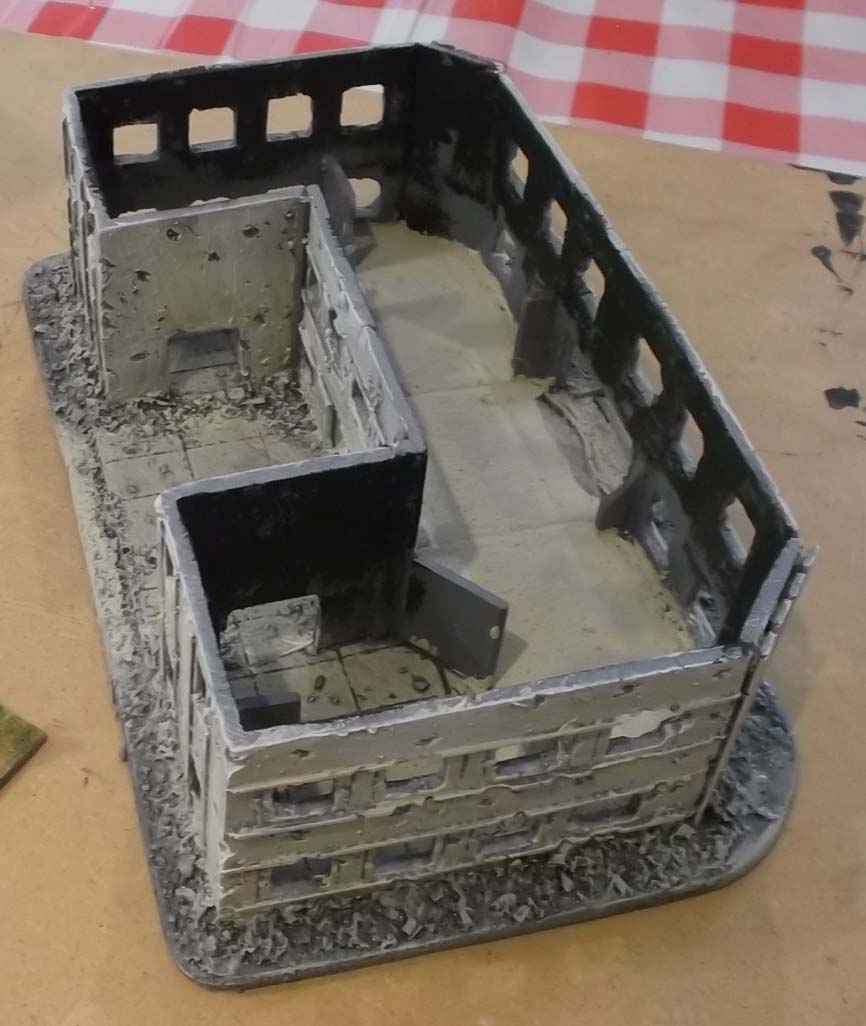 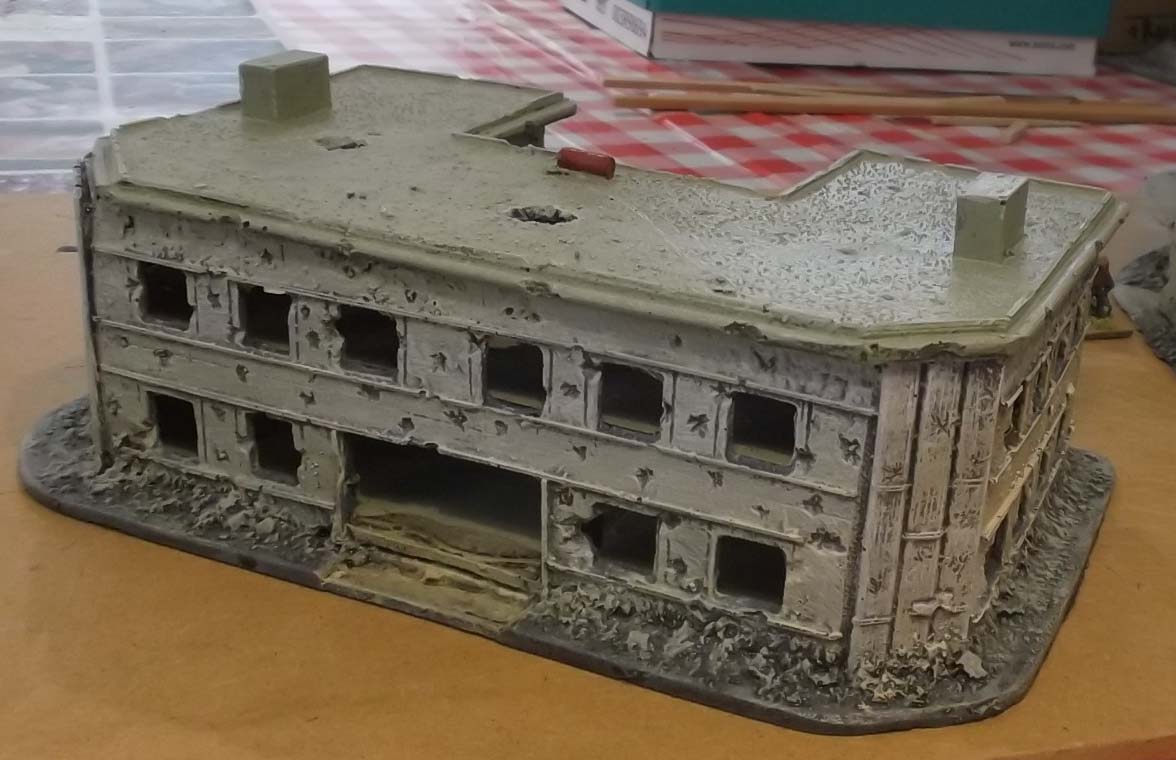 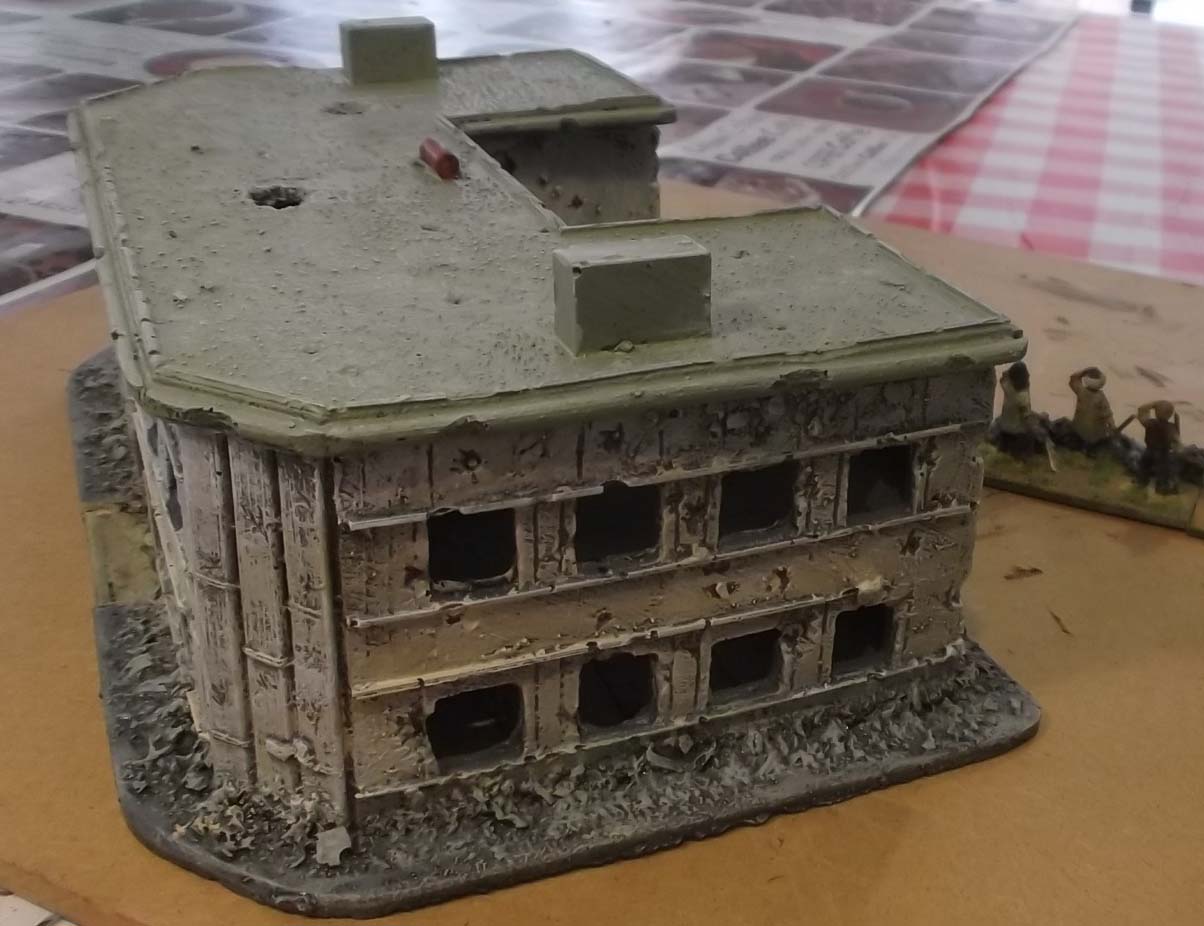 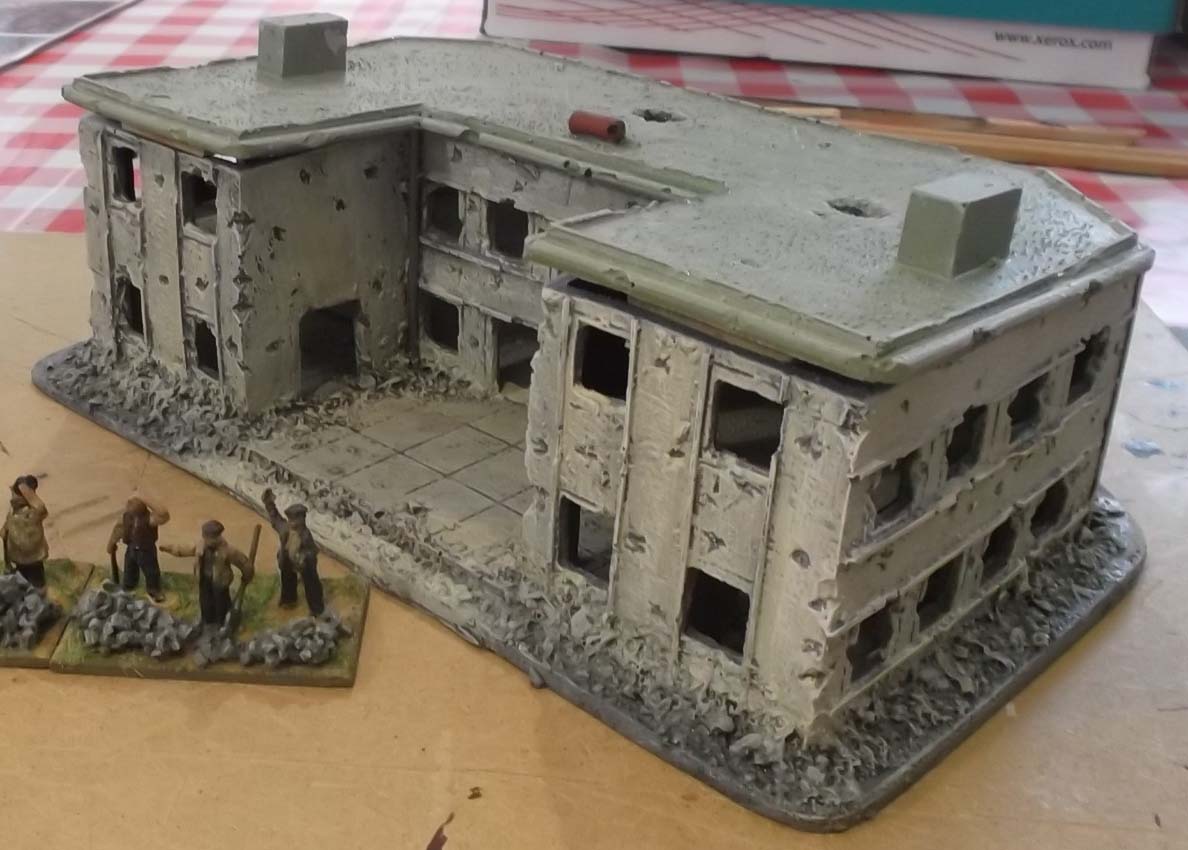 Looks like some of the building that are still 'accessible' in Pripyet!!

P.S. I recommend the Chernobyl tour to anyone!
Vot is your Name? Don't tell him Pike!!!
Top

Grant speaks from the heart having visited Chernobyl, I believe. (Well the photos suggest so...)
And of course he glows in the dark still...
CarlL

But seriously, I can recommend the Chernobyl tour to anyone...and Kiev is also a very beautiful city