Any other Modern gamers ?

Because the nature of our rules gives more flexibility, by definition there is much more room to screw up without loads of random dice. However there is a baseline randomness of about 25% on communications not getting through immediately, this can be reduced a bit but at the expence of less communications. The only disadvantage is that the players do have to have a plan and THINK (sorry to swear on a wargames board)

. Clearly such bad launguare is not to to many folks liking.
Top

cartfc wrote: ↑08 Mar 2018, 19:43 We have used dicing to activate for some years in PBI. Never found you don’t need a plan, quite the opposite. You have to think carefully what your command assets are going to do, because the best chance of getting the troops to do stuff is when the commanders are in close proximity.

I think my main beef is with the rule sets where as soon as you fail an activation that command unit is out of action (XCommander), or worse your turn ends (X Rampant). Because as we all know, you're 100% likely to fail your first activation. What it does is forces the player to activate their units in the order that they're statistically most likely to succeed, rather than what makes tactical sense or tells a coherent story. I just don't like it as a mechanic, it feels too gamey.
Top

We don’t have anything like that in PBI. Even troops not activated can still do something, such as move a little or fire at reduced effect and can defend themselves if attacked.

Our system means that within certain limits you can always react to new threats or unfrienly fire, you just may not get to respond to some orders above your current level. I have played some games (not Modern) where you get very random activations/end of bound sequences and I have to say personnaly they were appaling but some folk seed to find it ammusing. I would not say it was representative of anything I have read on battles.
Top

Cold War and Arab-Israeli Wars for me, all in 6mm using Modern Spearhead. A few of my games are illustrated here:
https://modernspearhead.wordpress.com 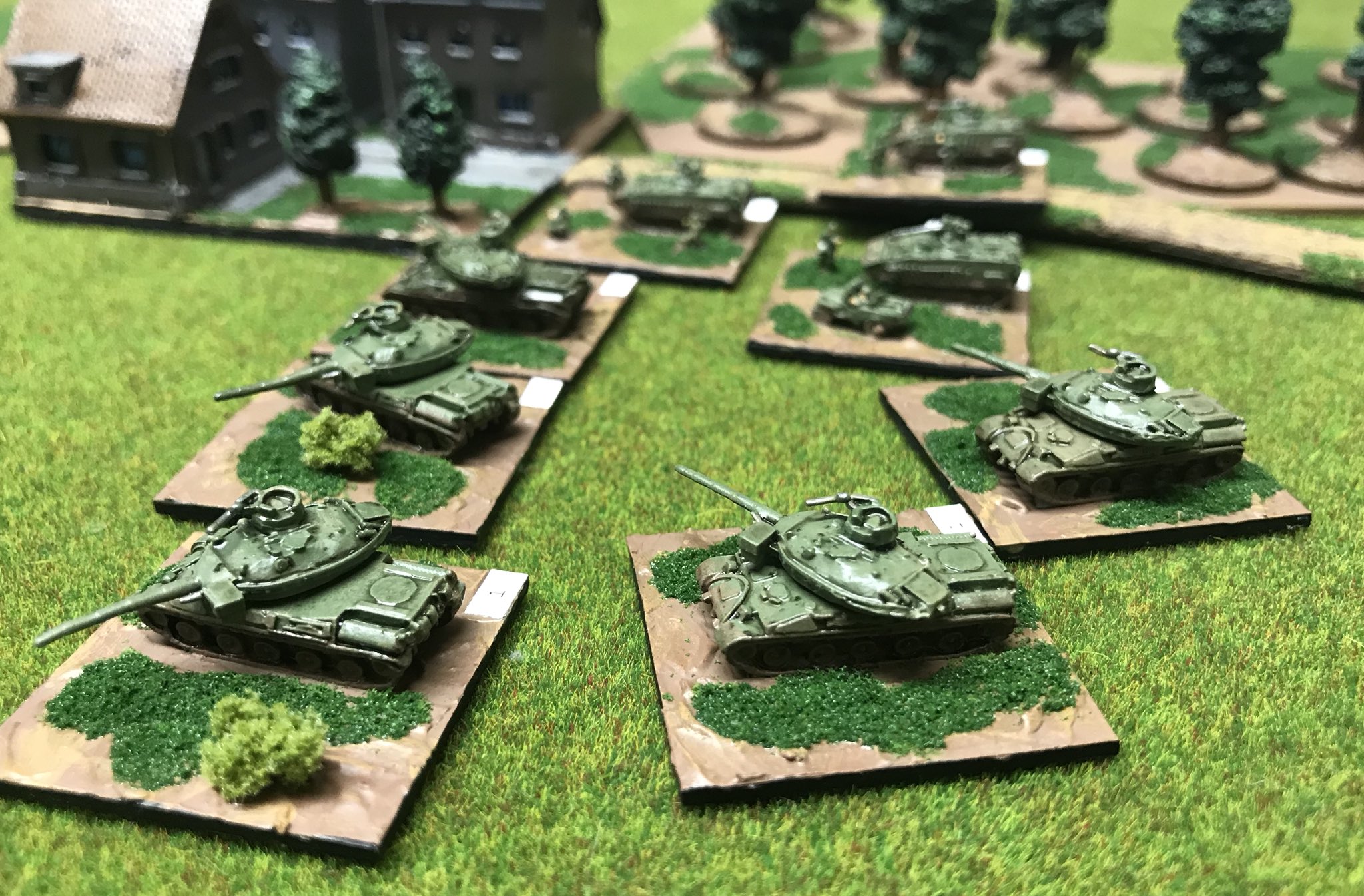