For those interested here are a couple of photos of last night’s Modern Spearhead game. This time an encounter between West Germans and elements of a Soviet Tank Regiment well supported by artillery, helicopters and fixed wing aircraft.

The main action occurred between a West German Panzer Battalion and two T-80 battalions where the Leopard 2s we’re gaining the upper hand only to be hit by SU-17s. 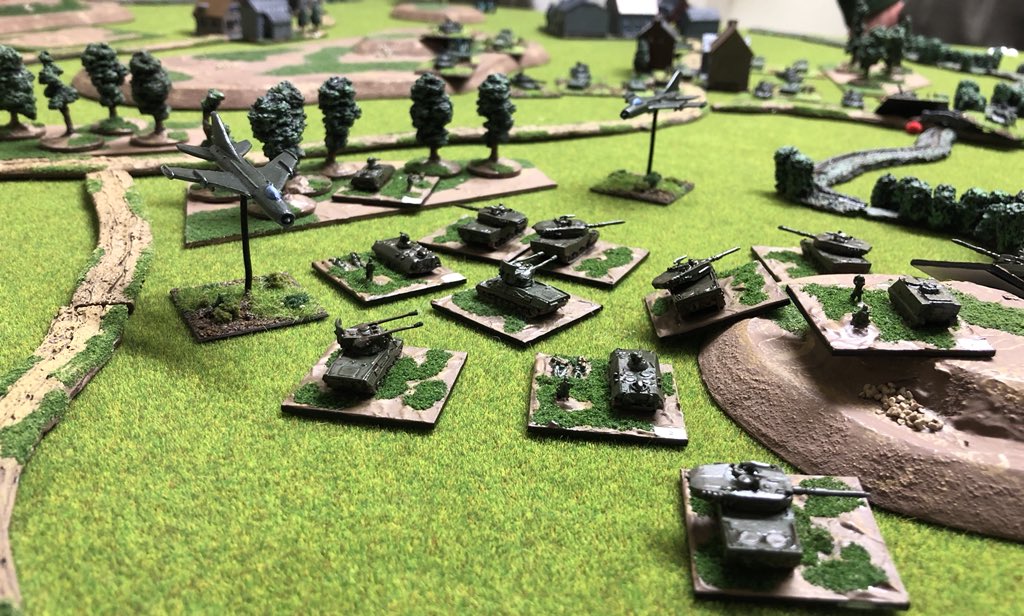 Even the flanking German battalion was hit by another air strike, though again casualties were limited. 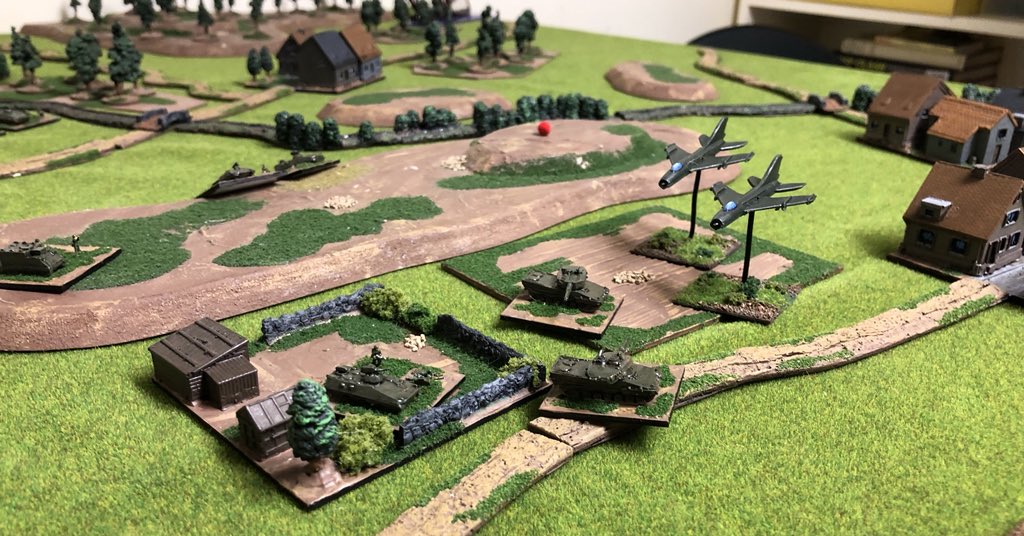 Very nice. I have never played Spearhead or Crossfire much. Nothing against Arty Conliffe or his rules, just never found many locals that played them.

Another Cold War encounter this time a Soviet Deliberate Attack on a weak West German brigade position. Massing elements from two understrength Motor Rifle Regiments the Soviets attacked the German right. Massed formations moved forward supported by Hind helicopter gunships and supported by massed artillery fires. Their initial objective was a town held by a West German Infantry Battalion and the flank of a Panzer Grenadier Battalion beyond. 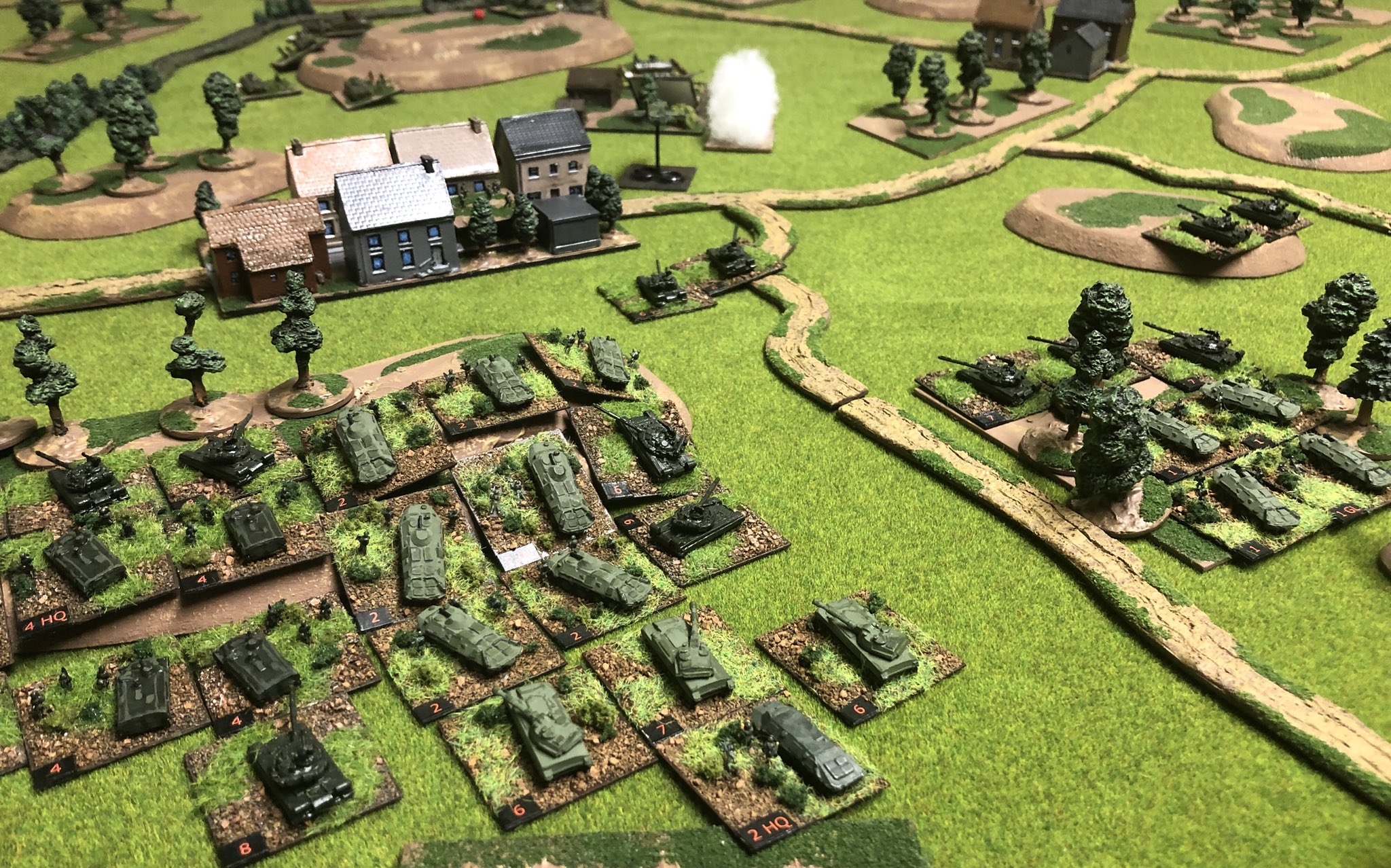 Two German Panzer Grenadier Battalions reoriented to counter the threat while Leopards and Gepards fought off the combined T-80 and Hind threat. One battalion had a significant march from the left to the centre. 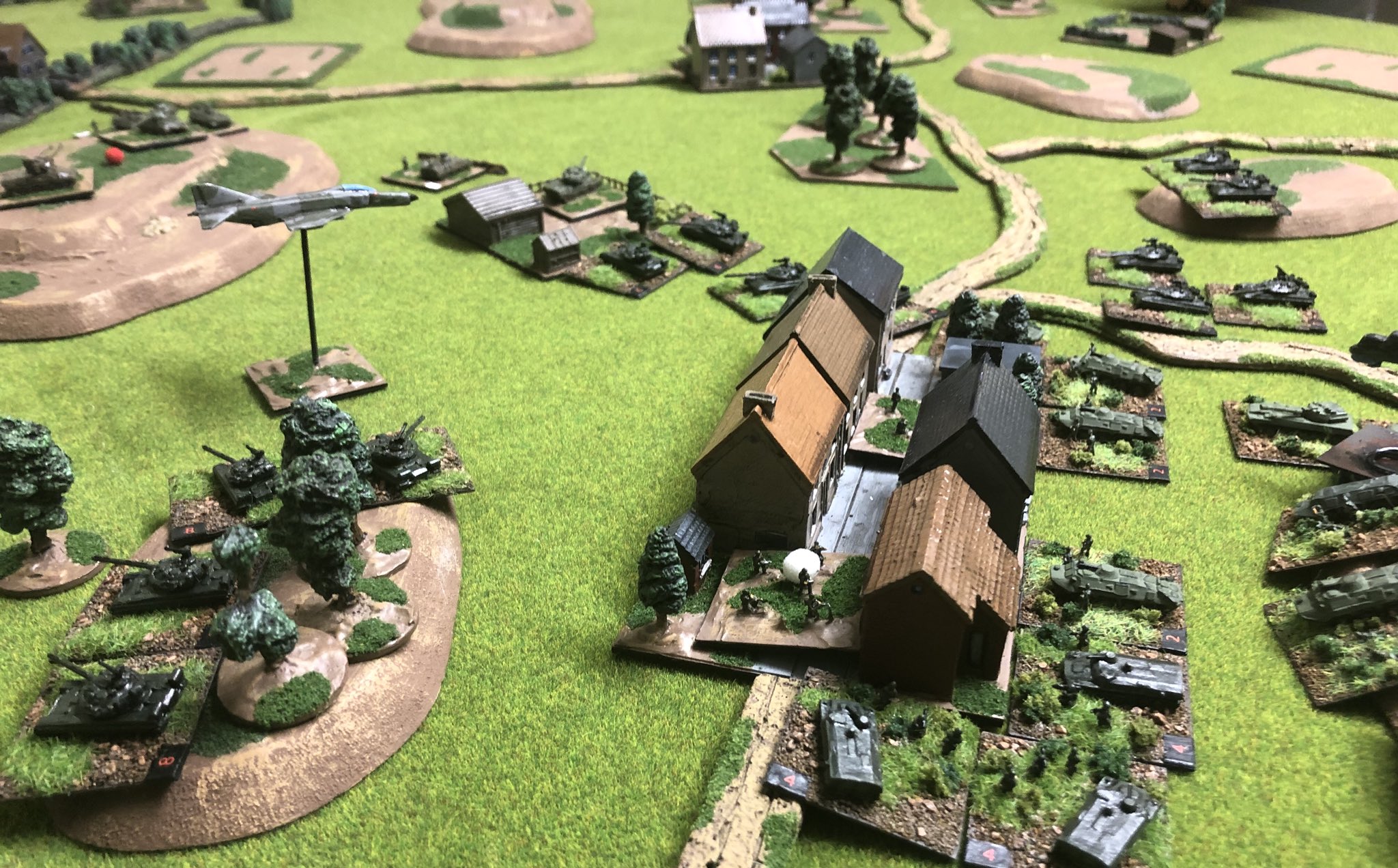 Blunted, yet not broken, the Soviet attack moved forward...

Hi TWR Thanks for posting this (I also looked up your WW2 Scenarios) could you tell me what ground scale you are using and what frontage did the German Brigade occupy. Compliments on your terrain and kit ,aesthetically excellent, looks like a great game. ... cheers John
Top

The table measures 6’ in width and 4’ in depth. The ground scale we use is such that 1” represents 125m - there are two in MSH. So the table width is around 9km. The Soviets were of course concentrated in on only a very small sector of this. Each base is 1 1/4” wide so you can reverse engineer the frontage of the Soviets, though they are packed like sardines!

Hope this helps a little.