For Crisis Point this year myself, Andy and Richard put on a couple of games based on the proposed German/Italian assault on Malta in November 1942. The rules were Battlegroup with most of the stats from the Tobruck book

Day 1 was the airborne landing and the attempt to seize an airstrip. 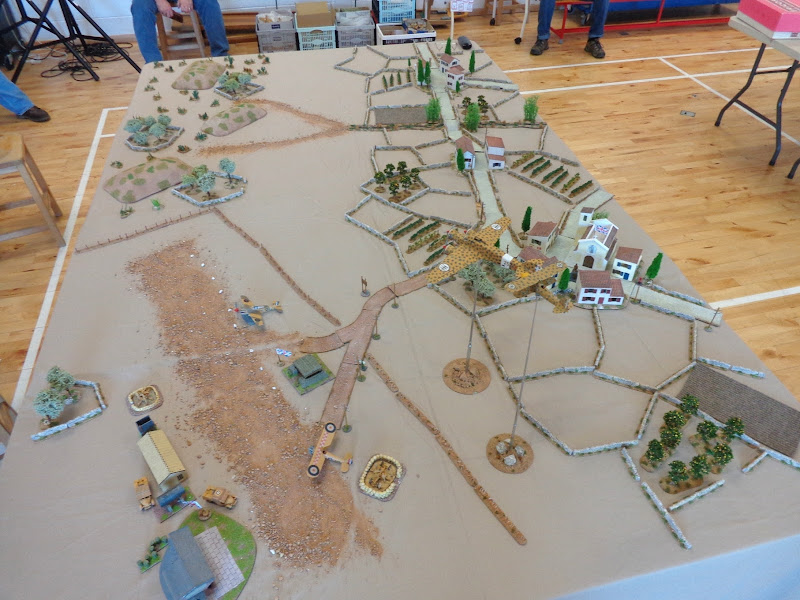 After a hard fight the Germans captured the Airstrip, we skipped on from a beach landing to their attempt to meet up with the successful airlanding forces 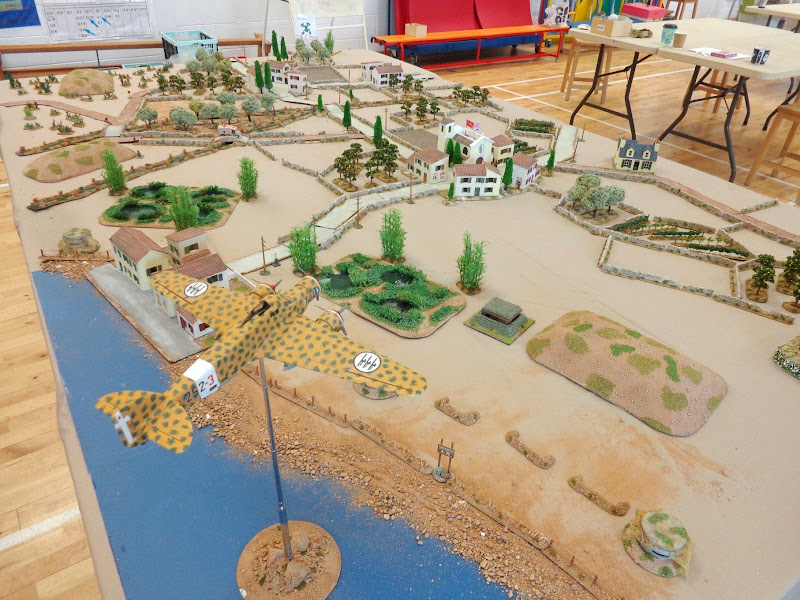 Every game needs something nasty 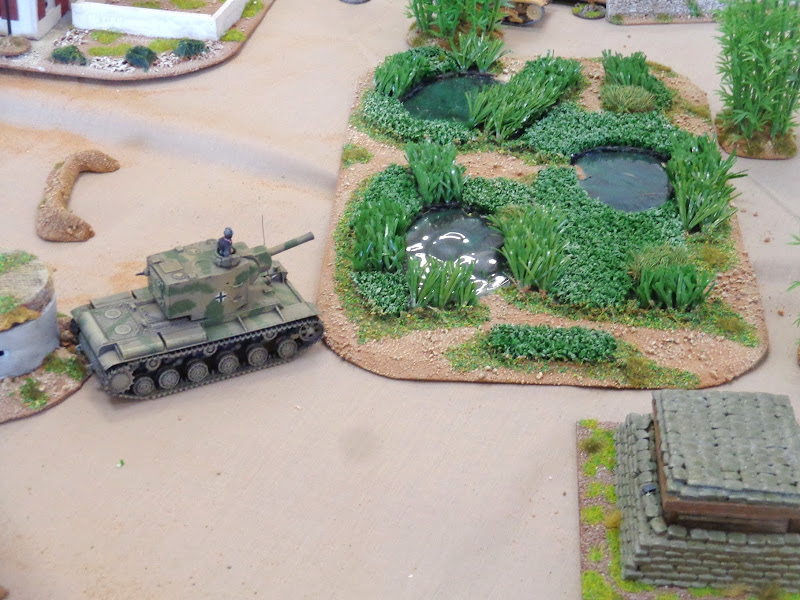 Fortunately (or not?) the 25pdrs saw it first and immobilised it with a double 1 on the to hit roll.

More pictures over on my blog
https://willwarweb.blogspot.com/2019/04 ... -1942.html
What's the point of doing one period, when you can do them all.......... In life most people specialise so gradually they know more and more about less and less so eventually they know everything about nothing. I work on a broad front so eventually I'll know nothing about everything.
Top

Lovely photos, lovely looking game. But a KV2 in Malta?

For the Italian/German planned attack on Malta the Germans were going to provide about 10 KV tanks a mixture of both KVI and KVII.

The Germans had, had so much trouble knocking out/penetrating the frontal armour of the KV tanks they were going to use them as armoured shields leading the landings, it was assumed the Brits would have similar problems with those monsters.

The Germans also up-armoured Pz IIs just for this op
"“Sir with the compliments of my officer, your shooting was excellent – you killed four of our men”!
Un-named Traillieur to an artillery officer at R`Fakah, Morocco, Feb. 29th, 1908
Top

Great looking games Will ,they really look the part. This is not an area im familiar with ,however i really like the idea. KV-2,s that is just fabulous. Thanks for posting John
Top

Thank you SOTCW799 for the web link.

Where it summarises the possibility but lack of probability of KV tanks as:-

"What tanks were going to be used by Italy has been speculated on for some time. The authors Massagiani and Green in ‘The Naval War in the Mediterranean 1940–1943’ clarify that the plan had originally considered German tank support to consist of supplying 20 Panzer III’s and that, although on the 30th April 1942, Hitler, in a meeting with Mussolini, had suggested using captured Soviet heavy tanks in the assault, this plan was abandoned. Instead, the Italian plan for tanks was to make use of eight 75 mm armed Semovente (likely the M.13 based Semovente M.40), and a further 19 Semovente armed with 47 mm guns, which would indicate the L.60/40 based L.40 da 47/32 all in the first wave, as well as a number of Medium tanks (likely the M.13/40). Further tanks coming ashore in the second wave would include at least 50 CV.3 light tanks and the bulk of the heavy artillery, including 90 mm and 75 mm anti-tank guns as well as 147 mm and 105 mm field guns towed by 170 tractors.

It is known that the Comando Supremo did indeed request 10-12 heavy tanks from the Germans, presumably to support the first wave assault and it is possible that the unit Panzer-Abteilung zbV 66 (formed 30th May 1942) was formed for exactly this reason, following Hitler’s suggestion of 30th April. That unit consisted of captured Soviet equipment, including heavy tanks, as well as German equipment. Had this fanciful idea come to fruition, it would have seen the Germans either supplying Soviet tanks, like the KV-2, to the Italians or operating them directly during the invasion. Regardless of such ideas though, the idea was dumped, and German involvement was to be restricted to parachutists and logistical and air support. The tanks for the invasion would be Italian."

So perhaps a Malta "what if" with Italian tanks would be more likely?

Not that I am against what if scenarios.

Well we did compromise with a couple of Semoventes as well as the KV-2 and a pair of PzIV G from Pz zbV 66. Supported by a platoon each of Italian marines and Kriegsmarines
What's the point of doing one period, when you can do them all.......... In life most people specialise so gradually they know more and more about less and less so eventually they know everything about nothing. I work on a broad front so eventually I'll know nothing about everything.
Top

Surprisingly, perhaps, the appearance of the behemoth KV-2 in the game didn't have the massive impact I expected. Facing it with my platoon of British infantry, supported by a battery of 25lbrs, the KV-2 was the focus of indirect fire from the British guns turn after turn. I struck lucky in immobilising it relatively early on, but if it wasn't pinned, it wreaked havoc on the dug-in Brits. Once immobilised, every pinning hit stood a good chance of the crew morale failing and them abandoning it, which is what happened a turn or two later. Had the KV-2 been replaced by more Semoventes, they would still have been the focus of the artillery, perhaps with a greater tank-killing effect, but doubt it would significantly have changed the course of the game. At least the 2pdrs on the Matilda IIs and A13s, as well as the 2pdr AT guns, stood a chance of dealing with the Semoventes at close range. We also gave ex-Russian equipment the "unreliable" trait (using Battlegroup rules), which meant any force morale chits with a value of 1 taken by the British, could be played as a possible breakdown counter, which has a 2 in 3 chance of immobilising, and a 1 in 6 chance of catastrophically immobilising the unreliable vehicle and it being abandoned. We felt this nicely reflected the maintenance problems likely to impact on any beute equipment in combat.

It was quite effective 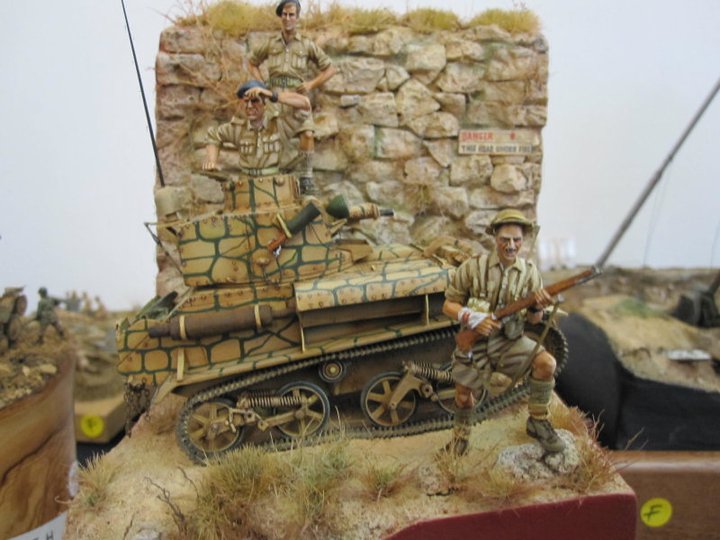