Things seem quiet here so I thought I would post something...

Friday evening found the in a German Panzers advancing in a long overdue 6mm WWII Spearhead game set in northern France in 1940, with each commander deploying a reinforced regiment. 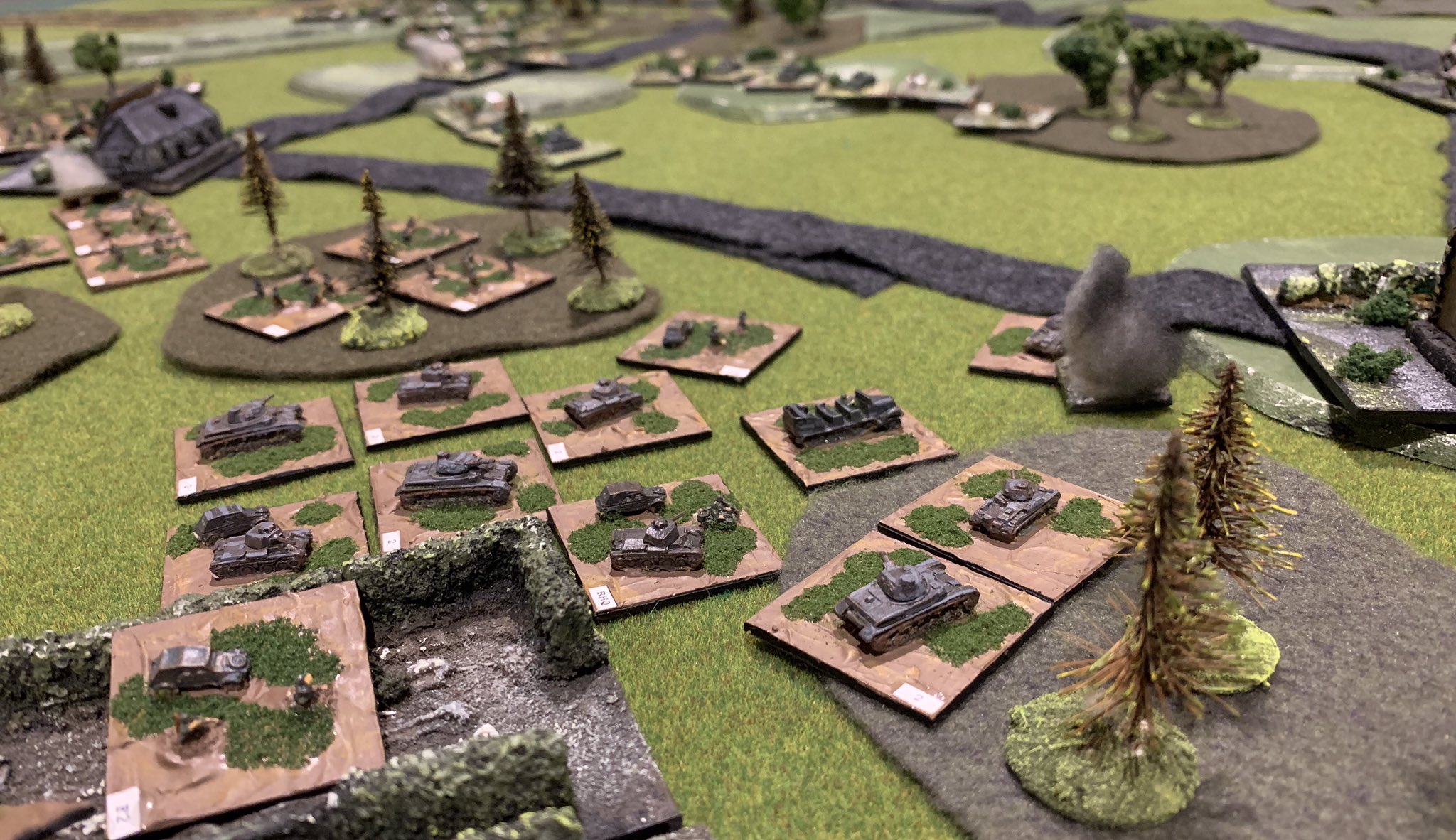 The more mobile Panzers created some panic among the British driving deep behind British lines in a series of flanking movements. The British countered moving a battalion of infantry supported by two companies of Matilda tanks forward, stalling the German advance. 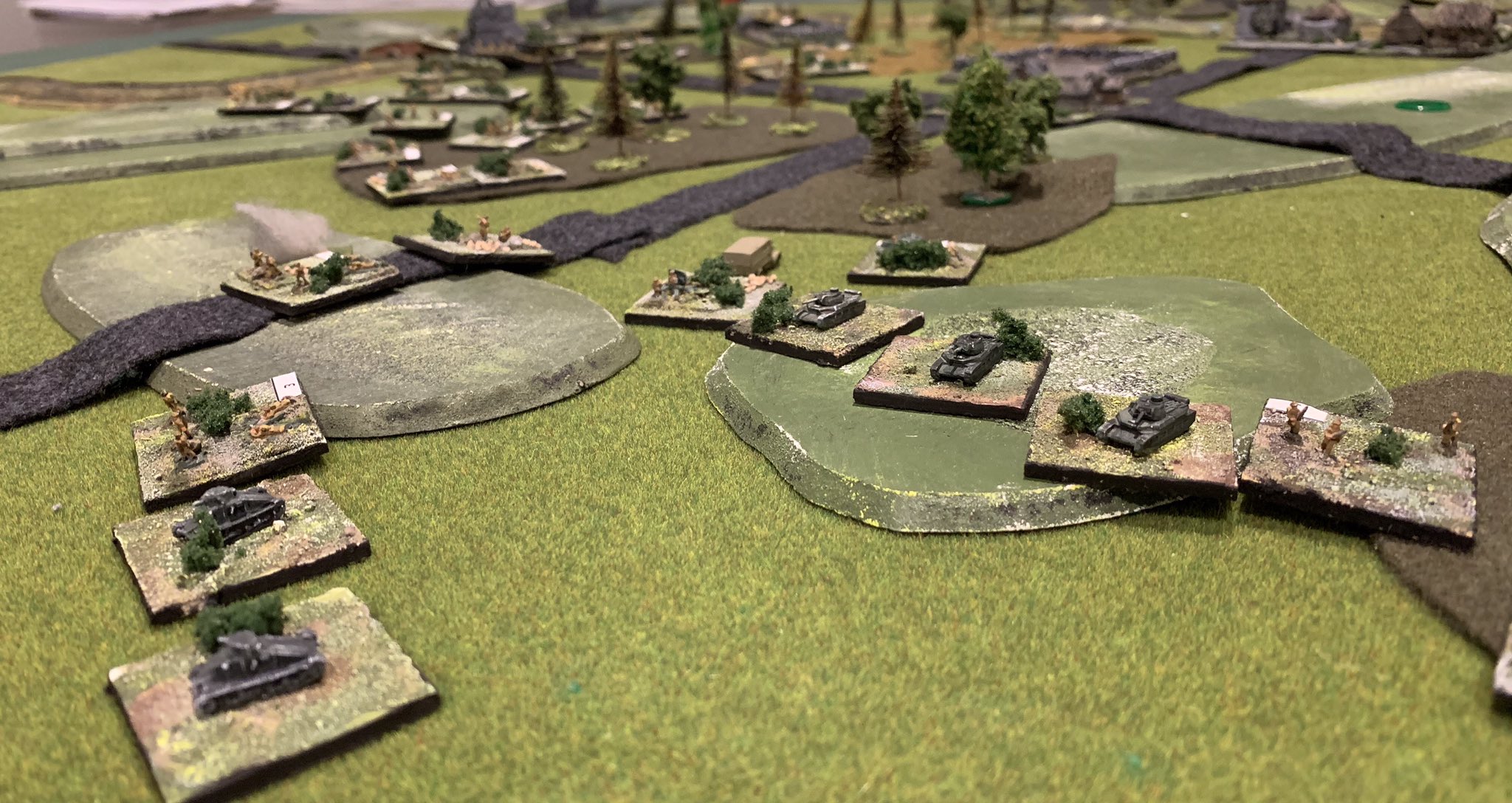 Concerned by the advancing Matildas, the German regimental commander bought up several 88mm flak guns under cover of smoke to halt the main British counterattack. The British armour paused. Once the 88 was deployed the the Panzers lurched forward once again driving ever deeper into the British rear. 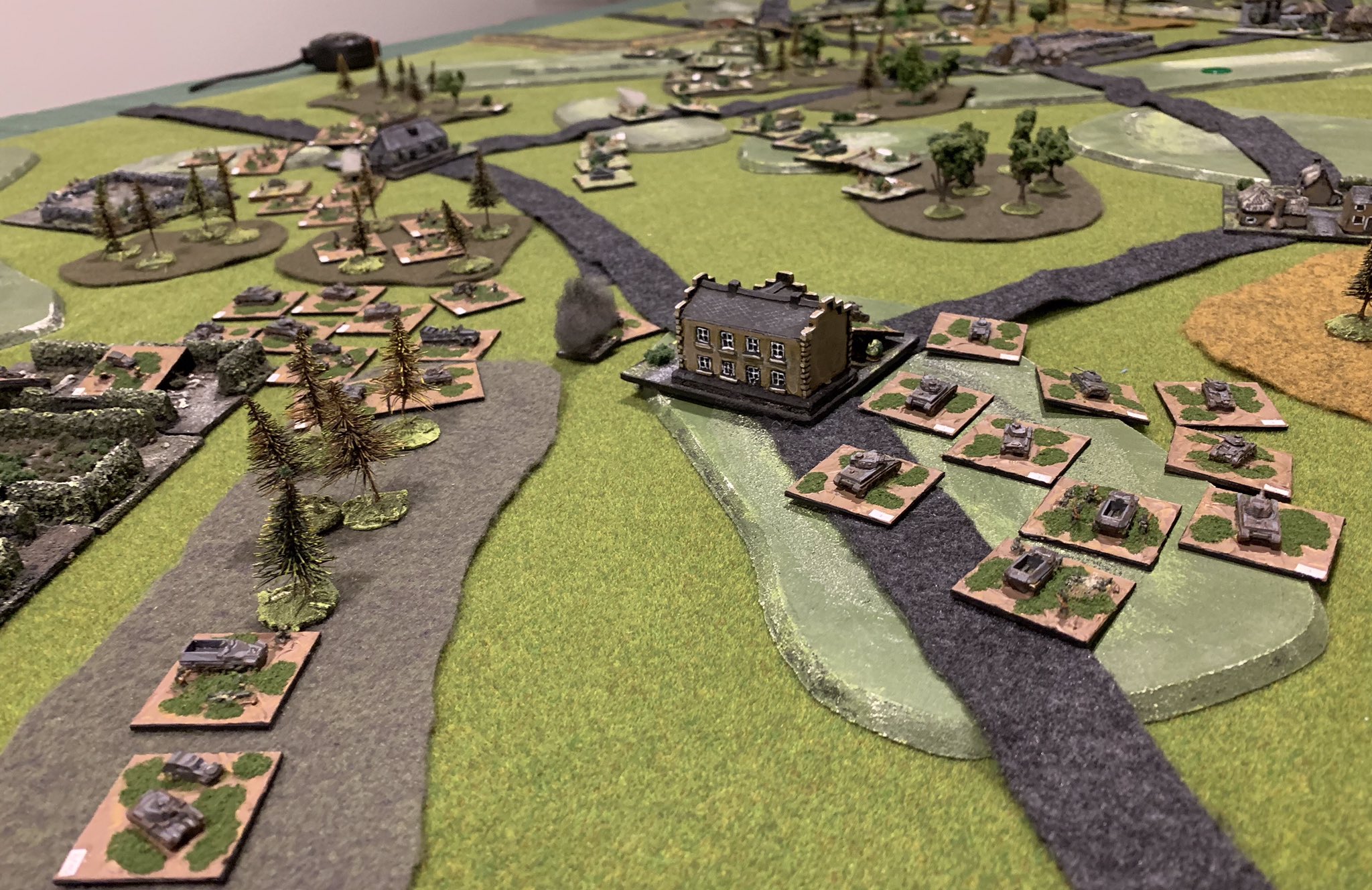