Kapitan Gert Mehnding answered the field telephone, it was the Battalion Commander,“ Come to my office,“ was all he said. Leaving the comparative comfort of his command post in the Village of Nirgends he walked swiftly to HQ.

He was ushered into the CO’s office, saluted and stood to attention. The CO looked up and smiled thinly, “Orders for you,” he said fingering the brown envelope on his desk. “You are promoted to Major and you are to proceed to the depot tomorrow morning. You will take command of the replacements there and form a mobile battlegroup. Unfortunately you will need to find your own vehicles and heavy weapons. You have authority to take any vehicles and weapons you can get running from the repair and replacement park. The General wants the battlegroup fighting fit in 3 weeks. Good luck and I think you will need it.”

“A fine gift for my birthday,” the newly promoted Major thought as he put his new rank badges on his grubby uniform.

The “battlegroup” was on parade as he arrived. About 450 men and a few women drawn from army hospitals, training units, Luftwaffe and Kriegsmarine as well as some Hitler Youth stood in the drizzle. At the side of a ruined warehouse stood a group of black clad SD. Hardly a fighting force to strike fear in the Allies! Kampfgruppe Müllhalde indeed.

He set the men and women to work finding workable equipment and renovating the workshops in the warehouse and factory.

This project arose from a couple of boxes of broken and damaged models and toys that were found in a school where 30 years ago I helped run a wargames club. The Deputy Head was one of te wargamers and he remembered me when he saw me pick up my grandchidren. 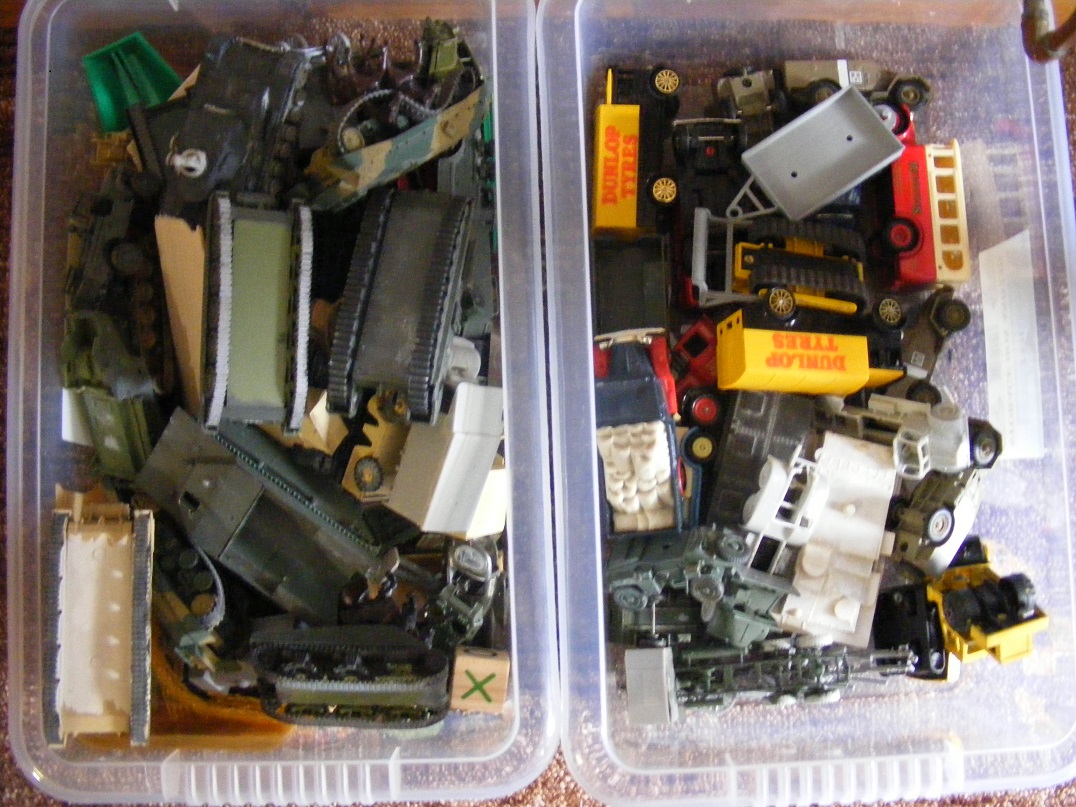 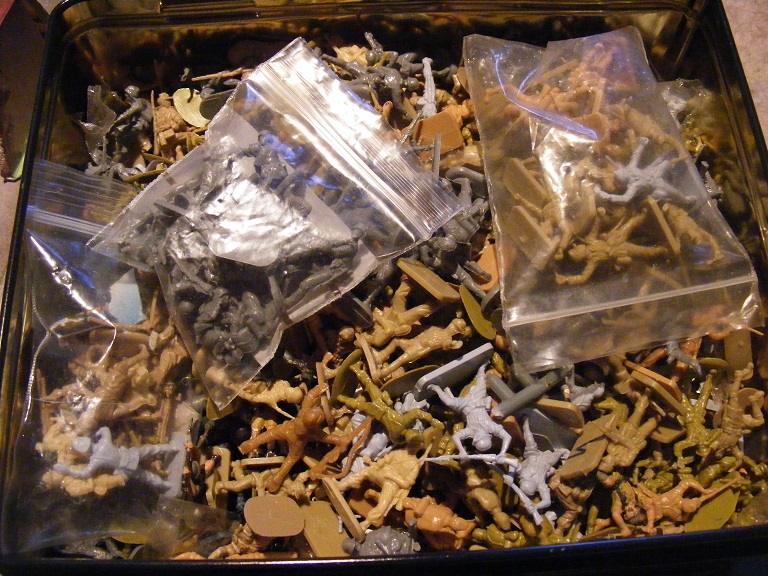 Two heavily damaged Airfix Stug III had their guns fixed and a new mantlet fitted on one, Both had missing track lengths so card schurtzen (bazooka plates) fitted to become a StuG III and a StuH III 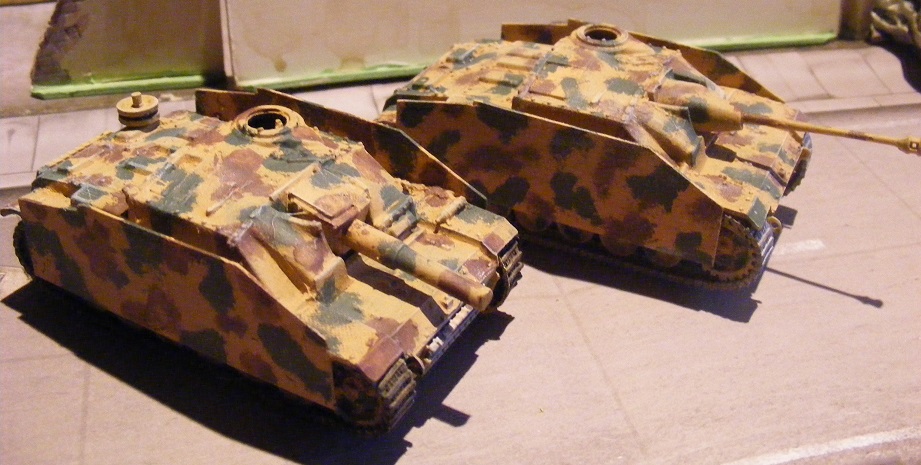 In the box was a few bits of a PaK-40. Not quite enough to make a gun but I have plenty of them. There was also the hull of a Matchbox Firefly lacking some suspension units but there were a couple of Airfix ones so I mocked up a self propelled gun. Ans also tried the gun on an RSO. Not sure yet which I'll use.

thanks for posting . John
Top

For those who are interested KG Mullhalde loosely translates as Scrapheap battle group and Nirgends as "Nowhere".
Alan
www.morvalearth.co.uk
Top

Nice work Her Major Alan.
Only the tail booms (or how you call that) of the gun in the last picture are upside down (I think)

So they are! You just cannot trust those "second hand salesmen" in the repair depot!

It was pointed out to me that the trails on my 10.5cm leFH18/40 were upside down so I fixed that. Now it needed a gun tractor. The scrap heap yielded an Airfix Bedford chassis from the RAF Recovery set and an Eidai Krupp Boxer bodywork. These were fitted together and became the gun tractor.

And some commadeered civilian trucks. These were in a dreadful state and restoration really did not improve them very much.