This photo is of a postcard sent with English writing (over photo) and it is dated August 22, / 09 (for 1909). It seems to depict a group of youngsters in army uniforms. Are they cadets? The writer says it is just the towns children playing at soldiers if so they are well !
Is it a school uniform mimicking the army uniform? 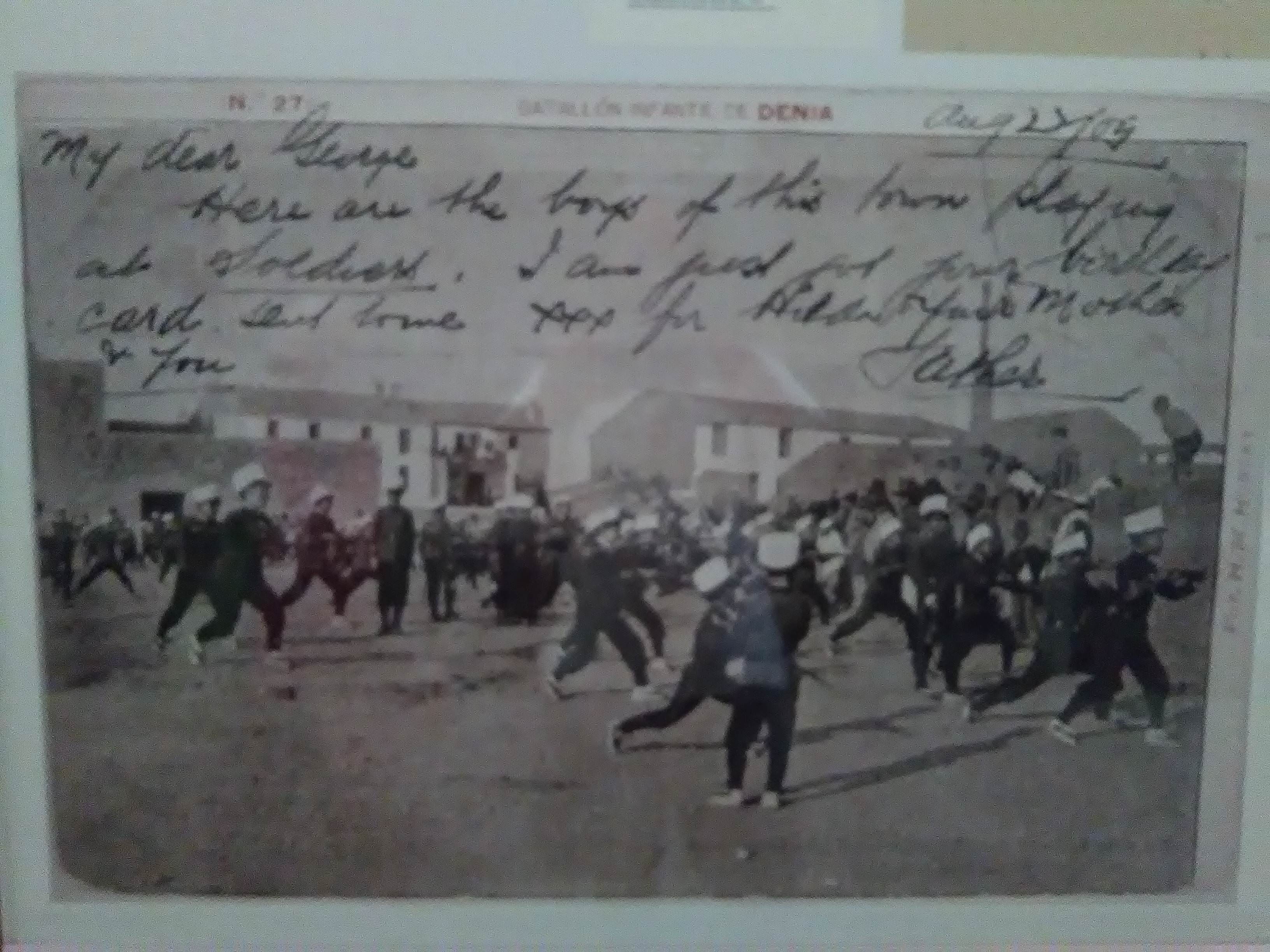 The attached inscription / museum label (at "Etnologic" museum, in Denia) seems unclear - not just because of my poor photo!! (second part of the second image below, which is in Castillian and Valencian Spanish). 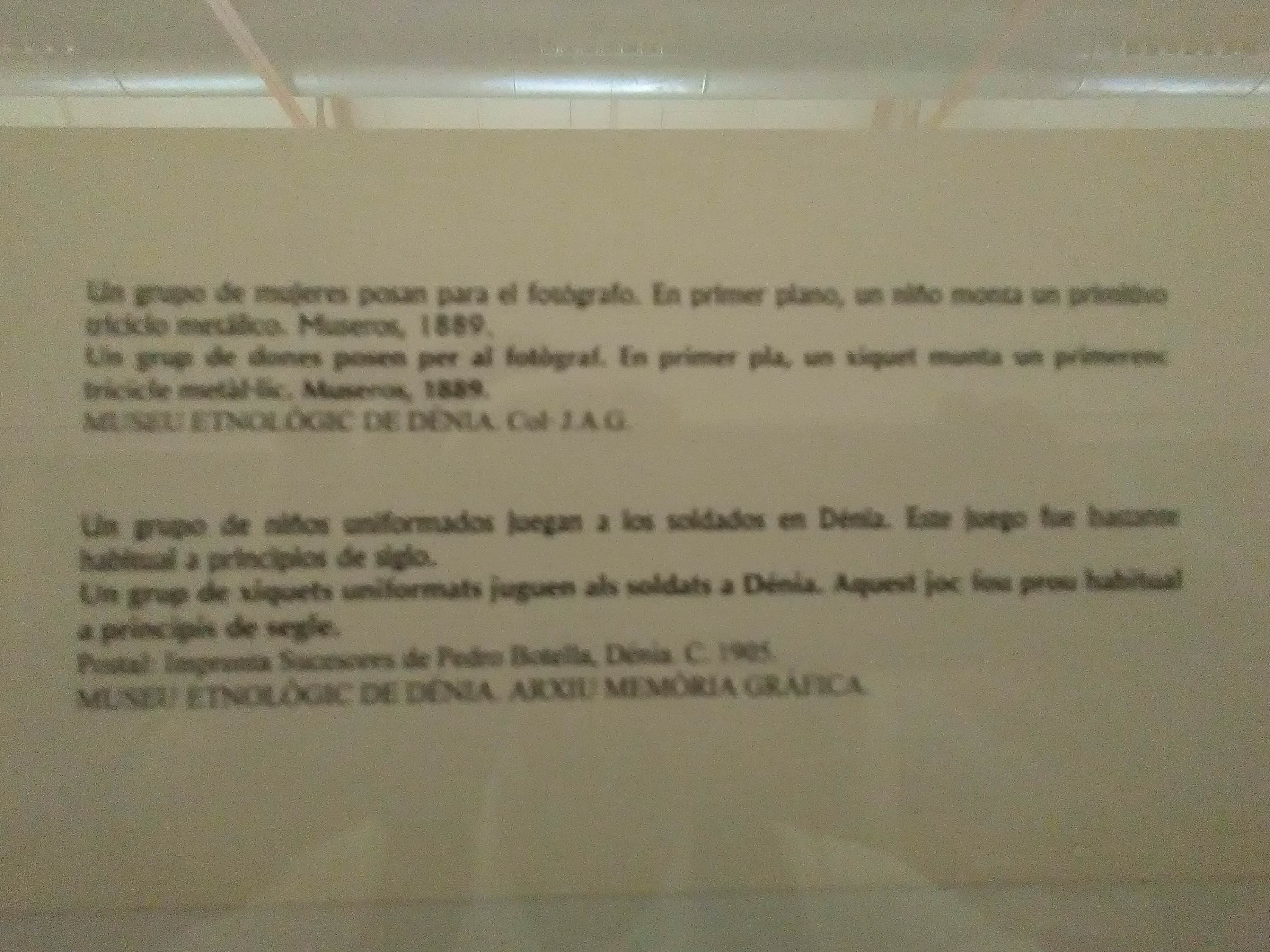