For manufacturers to announce new model & figure releases. Members can post news of sales and bargains. No reviews.
Post Reply
2 posts • Page 1 of 1 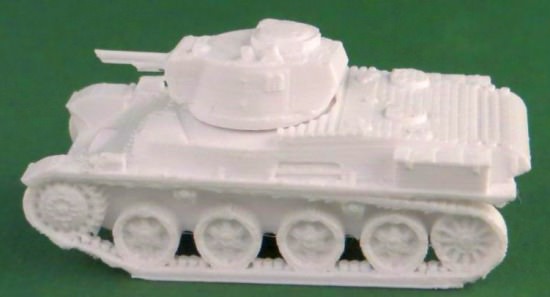 I don't know if its better to go for the smaller or larger scale stuff when it comes to how the finish affects the detail though.

I picked up some of his pieces in 28mm, which were very reasonably pricedin comparison to metal or resin or plastic - from memory I got a couple of Soviet ATGs (57 and 76),heavy mortars, a truck and an M3 medium tank. At around the same time I also got a resin cast M3 medium from Blitzkrieg.

From what I've seen the Blitzkrieg M3 model does a better job of catching the curves of the original then Butler, but there's really not much to divide the Butler GAZ truck from the Force of Arms GAZ trucks I have, as they're bot pretty angular items.

I'd guess in 6mm the differences become less obvious when on the tabletop...
Top
Post Reply
2 posts • Page 1 of 1