For manufacturers to announce new model & figure releases. Members can post news of sales and bargains. No reviews.
Post Reply
5 posts • Page 1 of 1 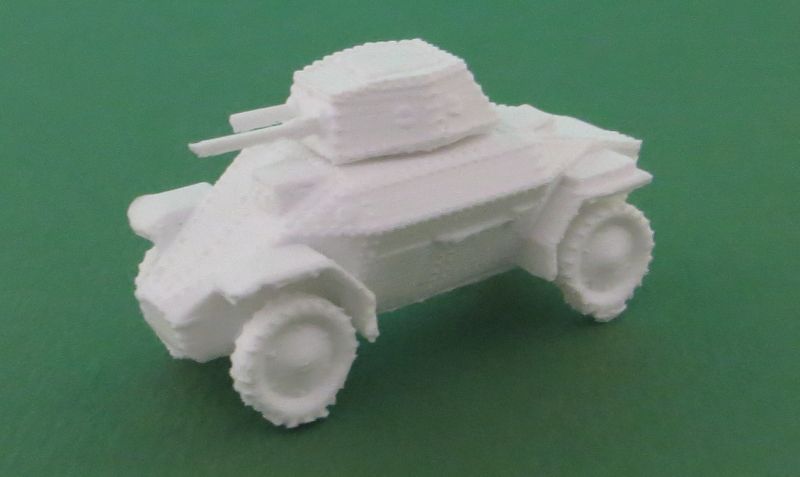 For me personally, the jury is still out on 3-D printed models.

Well I understand that, as sometimes the quality is not always that good, especially given the prices they can go for. If you have been brought up on injection plastic or high quality resin, the finish often doesn't compare.
However, I'm sure we have all encountered some ropey old dodgy resin casts, or "rough and ready" metal stuff! Most 3d stuff is no worse, some considerably better.

I remember seeing some 3d printed stuff that was poor quality and an extortionate price when it was becoming a popular alternative.

The current stuff is often very good, even when at the cheaper end; the more expensive can be very good indeed. It all depends on what you want. As Mark said, if you want numbers this may be the way to go.
3d is also very useful for exotic items or scales; as an example I found a 1/300 AMX mk61 spg which as far as I'm aware no one does. 3d is also able to rescale.

I collect 1/87 post WW2 stuff; I asked Butler's if they could do the ZSU 23/4 Shilka and BRDM2 in 1/87. No problem. Very nice models in "the flesh", especially for the price, for models that in that scale are either very expensive or unobtainable.

I also fairly recently got some 1/87 Merkava from eBay which were much more expensive but with commensurate quality.

I've bought 1/144 aircraft from Shapeways; here you often have the choice of material (at a cost). The downside is the postage. But again there are items you cannot get elsewhere.

I have been very impressed with what 3d stuff I've got; Butlers is very good, certainly worth a look.

I think I need to see a 3D printed model 'in the flesh' before I part with ready cash!!

Seriously, I know what you're saying about 'ropey' resin and white-metal models. but as a modeller and not a gamer, I prefer something a bit more detailed and a bit less of a 'if it looks right, it is right' piece of kit.

I know 3D printing is the way to go as regards 'one-offs' or special vehicles, it's just that I'd like to see a good example of what can be achieved, and not a mass produced 'iffy' item.

I bought the plastic injection kit of the Panzer Lowe by Armory, and they used a 3D printed 'master' to make it. I'm not against buying a 3D printed kit/model, I just feel, (personally), I need to see a good one 'up close' before parting with cash.