Discuss the society, wargaming, and other topics of interest
Post Reply
40 posts

Gutted not to be going - enjoy your day chaps

A few pictures of the SOTCW game from your roving reporter 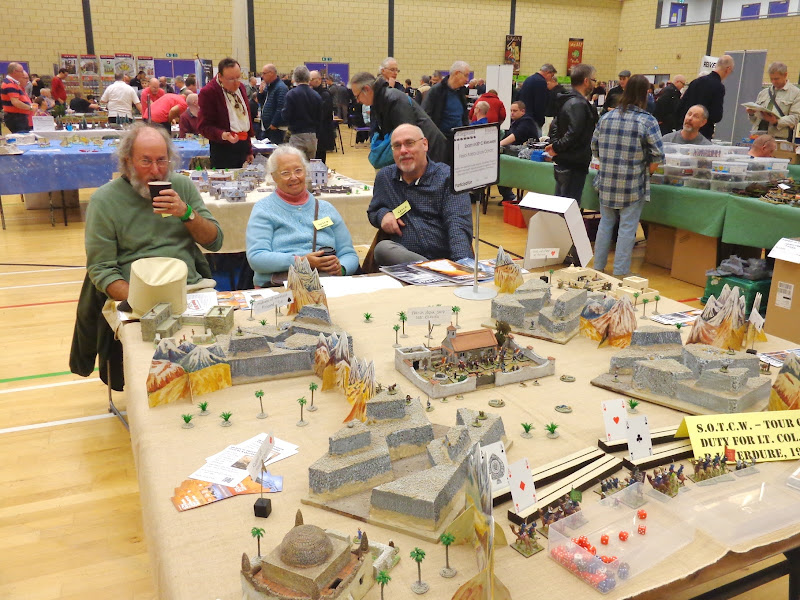 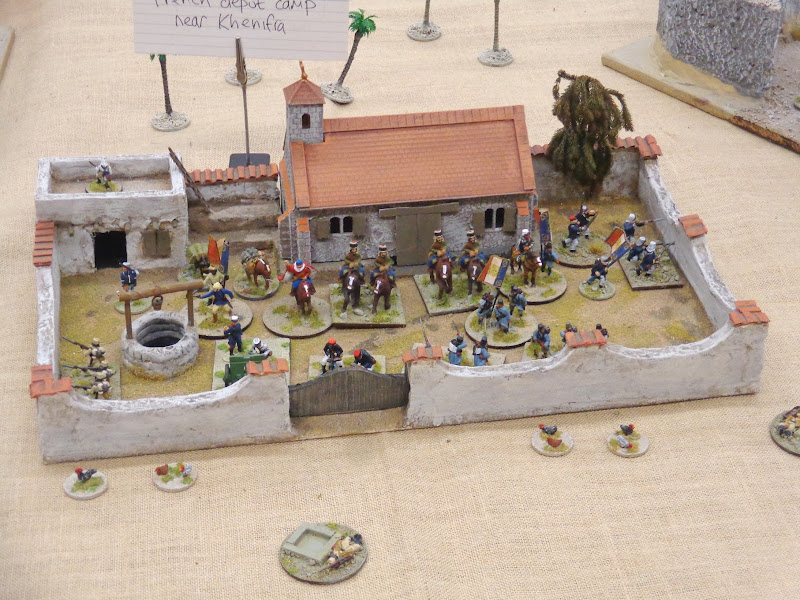 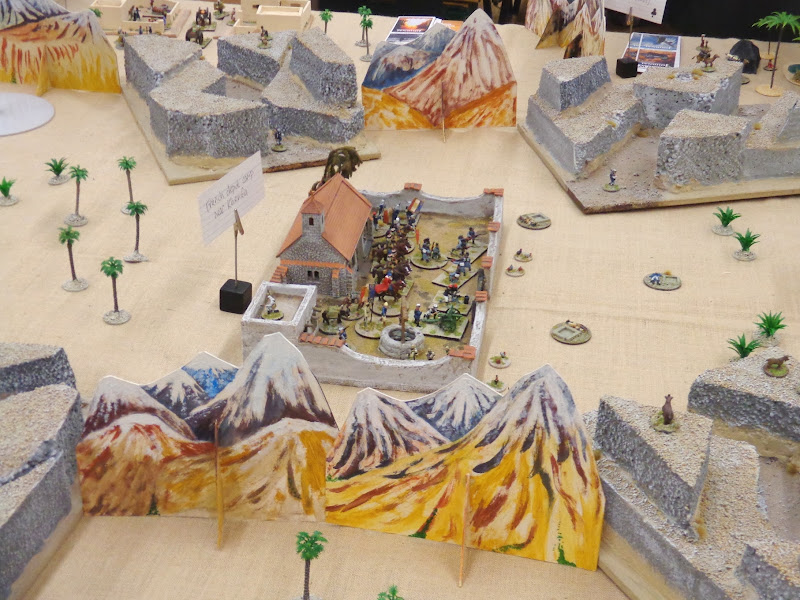 Carl set up a beautiful table for his game, and we set up a small display of SOTCW Journals. Had a few people enquire about the SOTCW, so yes, having a 'presence' out there helps, and proves that we are still a society that people have an interest in.

We didnt get many interested in playing, but a few chatting about Sotcw, or the early 20th century colonial period, and 3 or 4 wanting to give us money to join Sotcw and disappointed we could not do that only refer them to the Sotcw website. We gave away leaflets and some old paper copy of Journals to boost memory of their intent to re-join! We showed them pdf copy on my tablet of what they could get as members.

Maggys 2D mountains seemed the main eye catcher, see Will's unsolicited photos above for example. We did try to get attention with our party style Foreign Legion hats! But despite wearing silly hats, we didn't seem to draw many in!! Did I hear a whisper we may have been too silly? I hope not, we tried to be serious advocates of Sotcw, despite our silly hats. (OK Grant my bringing silly hats! He is a sport, our Grant, as a model maker, who ended up modelling the hats, as proven by Maggy snapping this shot on her camera!!) Look away now if you are of a nervous disposition..... 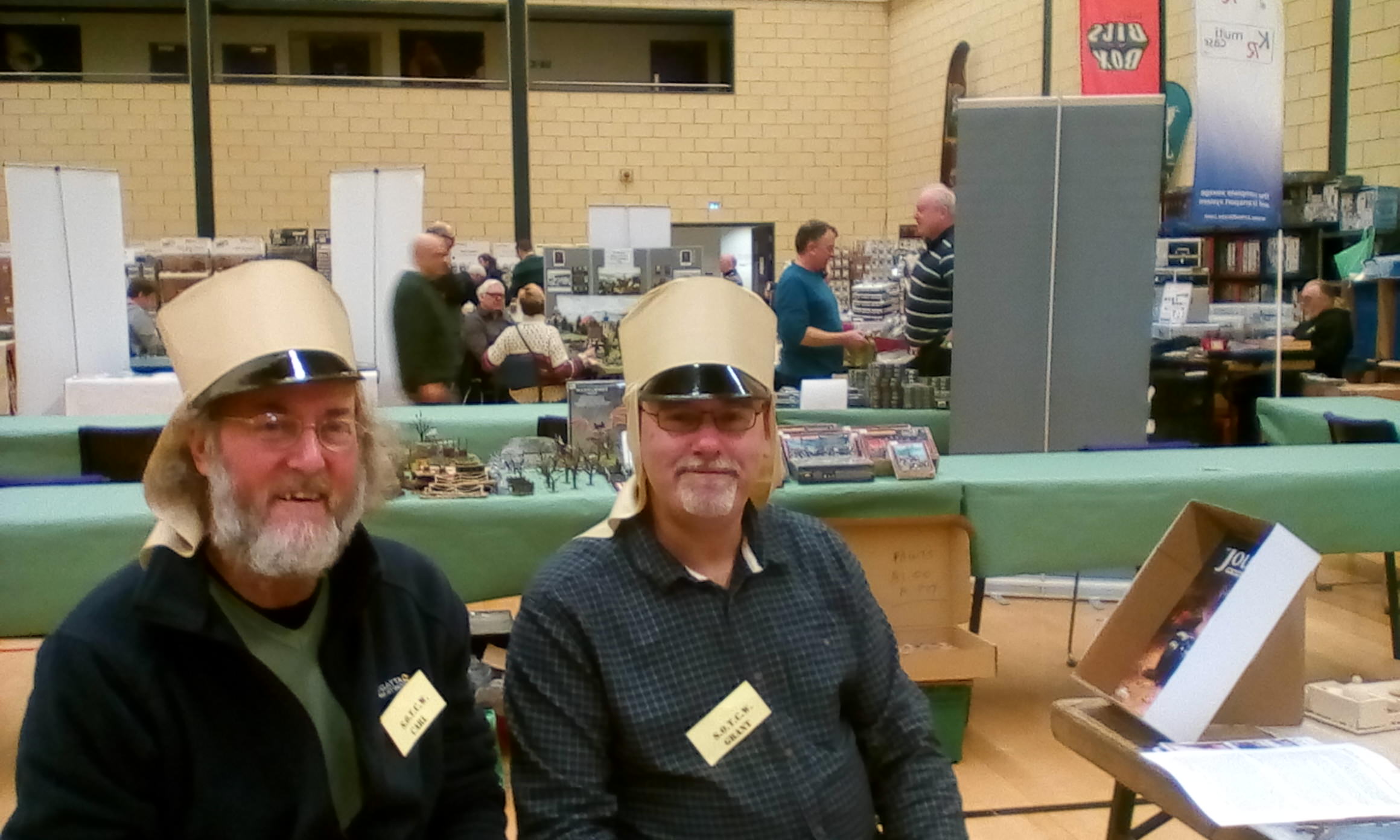 It was pity to have put a number of hours into this day (and preparing for day), for it to feel an anti climax; but we did raise presence of Sotcw and an off beat, off mainstream look at 20th century gaming and history: eg "What rules do you use?" (I assumed they meant for the demo game.) "Ones we made up" "Oh." was a kind of common reply... perhaps there would be more interest in my replying we had adapted "Bolt Action" or "Two Fat Lardies" etc
(I will send the game and rules in for Journal, after I add a map and brief note re historical event of 1914 that prompted this 1912 game idea. Especially as this game differed in its structure and 'tactical rules' from the original article by John Curry and David Brock, called “An isolated outpost: six months in the Sahara” to make our version publish-able. (A bold opinion on my part!) (For original idea see John Curry's The History of Wargaming Project at www.wargaming.co )

PS thats Grant on the right..... (you know whats coming....)
CarlL (on the left of last photo above)
Top

The 2D mountains are very good. Really rather striking.

Thanks for putting in the time and effort, sorry to hear that you thought the result was something of an anti-climax.
Military history author and SOTCW Treasurer
Website : Twitter : Facebook
Top

Thanks for coming along and sorry I didn't get chance to pop by and chat more, I kept getting dragged off to iron out a few wrinkles... Shame to hear that you didn't get much uptake on participation but I think it's good to have the Society visible and talking to people.

All of the pics from this year's Battleground event can be found here: https://www.facebook.com/pg/Battlegroun ... 9898583261

Here's a sample of the great games we had on show this year:

We did get asked by a rep of Wakefield and District Wargamers if we would take the game to Recon 2018, in Pudsey, between Leeds and Bradford. So that was kind of nice and lifted spirits, especially as this gent did play the game!
Sadly Recon is on Saturday coming, 1st December, and a bit too soon for us to oblige! But we will be going to this show as visitors, just too soon to do all the packing and unpacking again. (Another opening for Grant on the theme of aged gamers he needs to care after !?)

Sadly Leon doesn't include us in his sample above, but his link does take you to 62 photos, where you can find two different views of the Sotcw game!

One a photo of our oasis at El Herri, and another of the table looking at the Legion depot centre stage, at a location near Khenifra.
CarlL
Top
Post Reply
40 posts