Discuss the society, wargaming, and other topics of interest
Post Reply
43 posts

EXCELLENT link hammurabi70.
A story I had not heard of before.
Definitely one for more research, and the sources in this link, are a great starting point.
I have copied those sources here for all on forum.
CarlL

Film project
A film Bandoola was planned in 1956 by Hecht-Lancaster and United Artists; it was to have been filmed in Ceylon from November that year with Ernest Borgnine and Sophia Loren in the leading roles.[7]

Bibliography
Vicki Croke, Elephant Company: The Inspiring Story of an Unlikely Hero and the Animals Who Helped Him Save Lives in World War II, (Random House, 2014)
Susan Williams, The footprints of Elephant Bill, (Kimber, 1962)"

Very cool guys - thanks for posting

Thank you to everyone for posting stuff

15 minutes of undeserved fame. The usual issue when you have been in the hobby a longtime: I assumed 'everyone' knew about Elephant Bill in Burma in WWII. I encountered the story long ago, lost in the mists of time.
If you are such a great writer make me want to logon and respond! [Adapted]
Top

Some bocage I made from off cuts of mdf, (for base); polystyrene off cuts (for core of bank); diy ready mix filler for outer surface of bank; real twigs for "tree trunks"; and model makers dyed lichen for foliage;, and some flock to banks after painting, latter done with mix of earthy cement paint (tester pot) colours; and some pva to try and hold "foliage" to twigs. Not yet sprayed any fixative (like hair lacquer) yet as these made in mid-November and too cold and damp to spray outdoors since (in northern Yorkshire). Poor photos as just test photos at time to share with friends who wargame.

Posting now to see if I can see images I post by Imgur as my last two visual posts others can see but I cannot when visiting this website which is bit spooky!! (Any ideas why this should be then let me know!! I am not very tech minded.)
CarlL 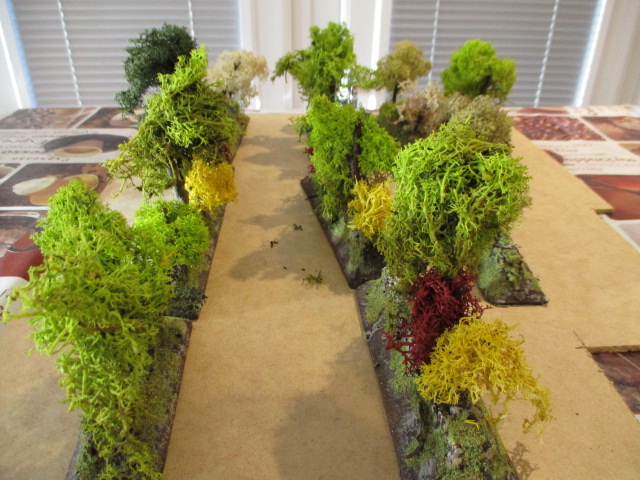 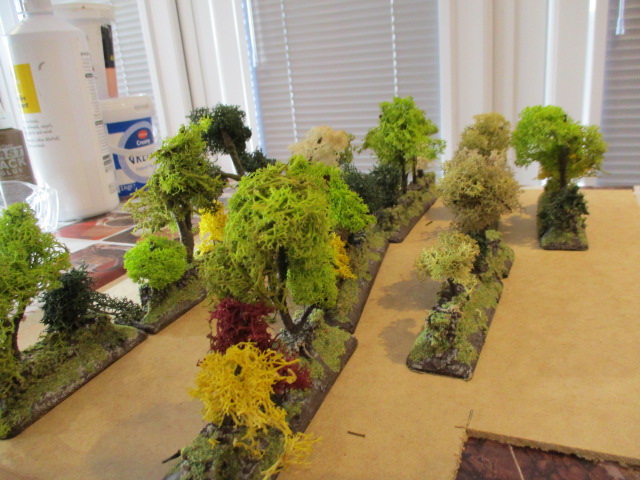 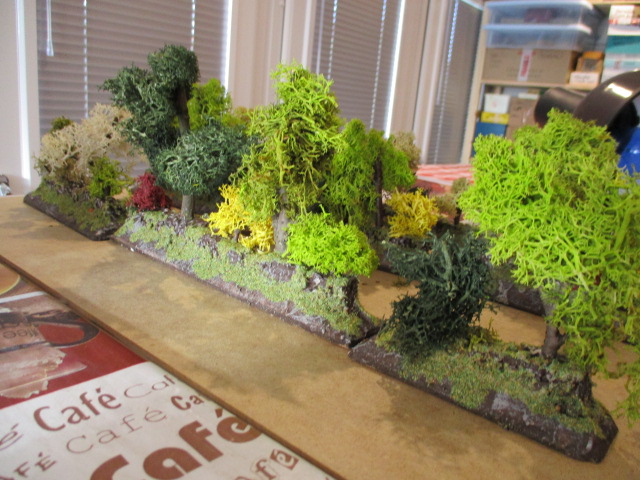 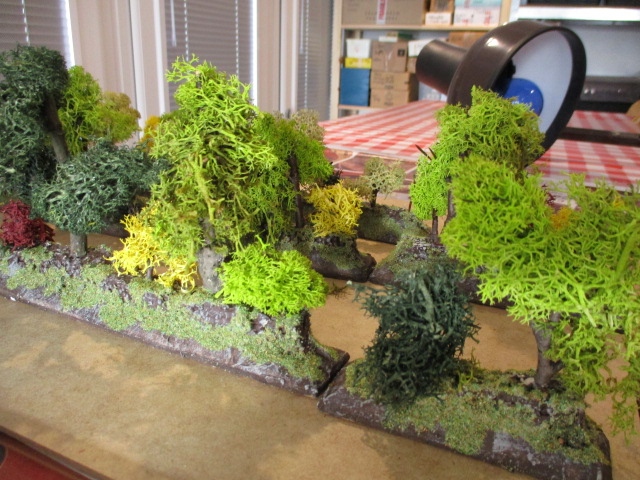 OK all I can see is an image icon but not the image!! This has only happened recently. Probably pressed wrong key somewhere. But can I undo it? Nah!!
HELP!!
CarlL
Top

Carl, the images show up fine for me. Nice looking bocage, too. No idea why you can't see them?

Thanks for the feedback David. Well at least others can see them!
CarlL
Top

Work for me and look really good mate

Have you got the right glasses on???