Discuss the society, wargaming, and other topics of interest
Post Reply
43 posts

After spending parts of New Years eve and the following day tidying up the workbench and packing away the 1/2400 ships and naval reference books for now, I've resumed work on a few 20mm WW2 projects after a 2+ year break from it. Been a fairly productive start to the year thus far, with 5 terrain pieces (steam engine and boiler, saw, milled lumber pile, 2 log piles) for a sawmill (inspired by Richard B.) already done. Also finished painting the figures for a U.S. Army light AAA battery (2 platoons each of 40mm Bofors and Browning .50-cal water-cooled AAMG) for 1942-43 Tunisia/Sicily/Italy. Just need to convert a couple of Airfix Bofors from the stash with U.S. pattern wheels, etc.

Still without a functional digital camera at the moment, but currently expecting one as a belated Christmas present.

Well, the past few weeks have seen me rehabilitate some old sandbag emplacements using green stuff; they are currently primed. Have also finished building some M3 GMCs and an M3 Scout Car... they now have a base coat of OD on them and are in the decal que. Also picked up some die cast civilian trucks to press into service. Cleaned, based, and primed about 15 figures for my pulpy-skirmish Casablanca-ish scenario. Something quite different from my stand equals a platoon norm but I want to do something on the fringe with earlier war stuff and a little bit-o-flavor. Spent some time cruising the net for N and HO scale buildings to fit some of my plans.
Top

Casablanca-ish sounds fun Bilk. Please post some photos when you get there.
CarlL
PS not done much 20th century of late bar couple Turk HMG additions to my Caucasus / Iraq project, c1914-1921, (photo below) 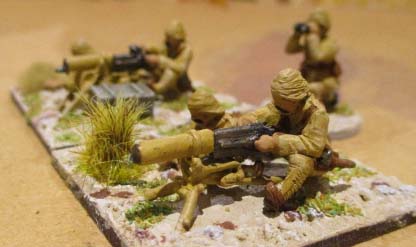 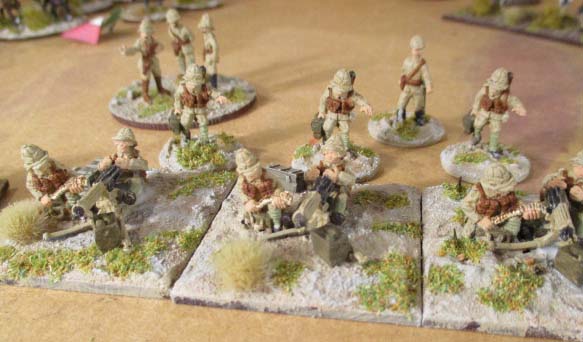 And this last one is circa 1896, so not really within Sotcw Forum time period (but if anyone knows of elephants pulling modern guns in 20th century let me know!) The elephant & limber is 20mm from Irregular Miniatures, the gun probably Warrior! (I have forgotten! Careful now Granty...)

THev NVA is reported as using them. 1960's early 70's, but probably as pack animals.
Any thing bigger than 6 is TOO BIG
Top

CarlL wrote: ↑10 Jan 2021, 10:08
And this last one is circa 1896, so not really within Sotcw Forum time period (but if anyone knows of elephants pulling modern guns in 20th century let me know!) The elephant & limber is 20mm from Irregular Miniatures, the gun probably Warrior! (I have forgotten! Careful now Granty...) 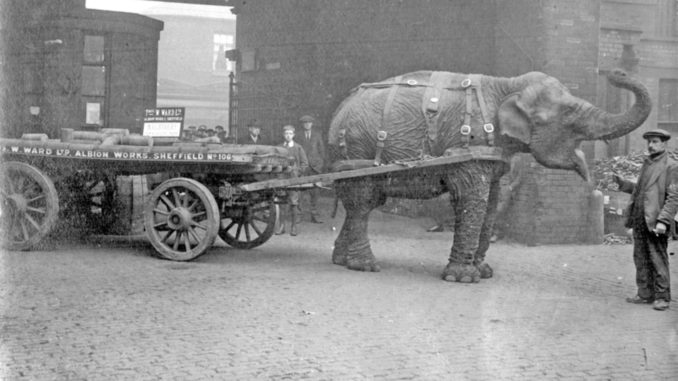 Lizzie the elephant, (sorry not pulling a gun Carl), was used during WWI in Sheffield to tow cart loads of goods from some steel works, as most of the heavy draft horses had been taken by the army. There are plenty of elephants available in the usual wargame scales, and Slater's used to make a similar type of cart in plastic, ('OO' gauge 1/76th), for the UK railway modelling scene...so plenty of scope to add something different to your 1910-1920 civilian fleet!!

Nice one Grant.
I had forgotten about "Lizzie's" exploits in Sheffield!
CarlL
Top

Perhaps a little research is needed on Elephant Bill and his use of elephants in Burma during WWII.
https://en.wikipedia.org/wiki/James_Howard_Williams
If you are such a great writer make me want to logon and respond! [Adapted]
Top

@hammurabi70, that "Elephant Bill" link is to quite a good little read. How'd you ever stumble onto that gem? Thanks, Bill
Top
Post Reply
43 posts